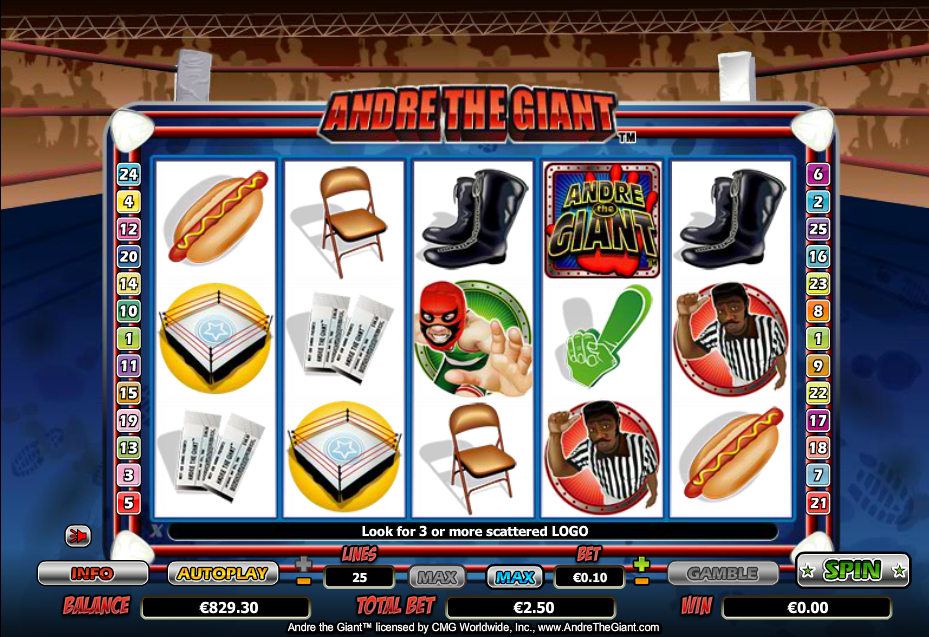 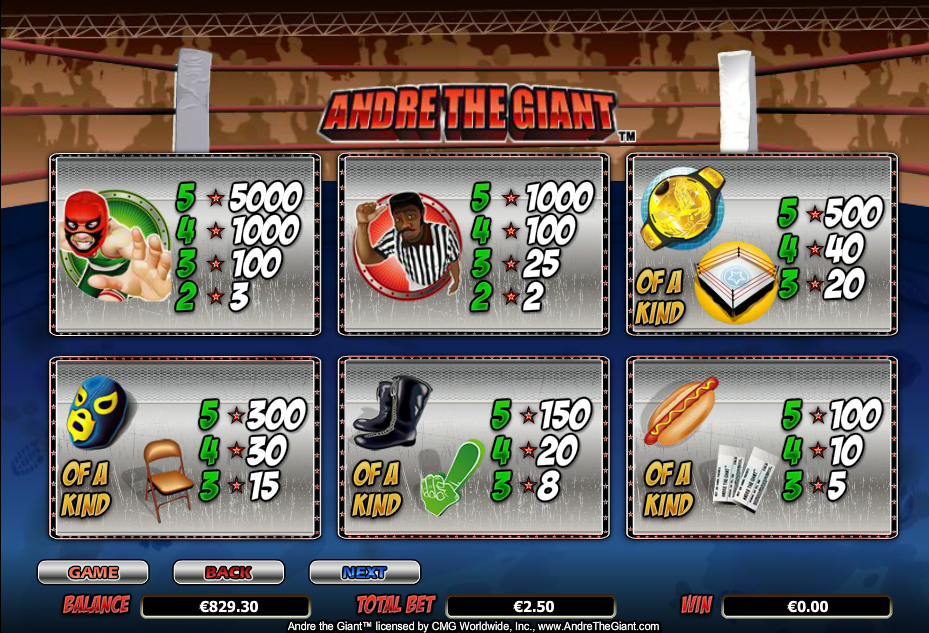 For wrestling fans of a certain age, Andre The Giant is an instantly recognisable character; the huge Frenchman competed in the WWF between 1973 and 1992 and also made a memorable appearance in the cult film The Princess Bride. An online slot based on Andre is clearly very welcome and this feature-packed one is developed by Nextgen Gaming.

Andre The Giant is a five reel slot with three rows and up to twenty five paylines; a wrestling ring forms the backdrop to those reels which themselves are hanging on the ropes.

The basic symbols are all theme-related and include event tickets, a hot dog, a big green fans glove, wrestling boots, a chair, a blue mask, a wrestling ring, a golden champion’s belt, the referee and a red-masked wrestler.

Andre himself is the wild symbol and on reels two and four he can expand to fill all positions if it’s possible to create a winning combination. The scatter is represented by the ‘Andre The Giant’ logo and it activates the main feature.

Landing three or more of the Andre the Giant scatter symbols anywhere in view will trigger the free spins round. Ten free spins will now be yours but watch reel five for Special Attack icons. These are collected during this round and are used when the wrestling match begins.

During the wrestling match you must select the moves you have collected to attack your opponent. Each successful attack wins your free spins total once more and three successful attacks will trigger Andre’s Finishing Move to win a bonus prize.

When you’ve used up all your Special Attacks the round is over and you return to the base game screen.

Each win can be gambled by pressing the ‘Gamble’ button underneath the reels; you can try and double or quadruple your win by guessing whether the next card drawn is the correct colour or suit. Five wins in a row is the limit here.

Steer clear of the gamble feature; in the long run it will only result in an annoying string of losses.

This is quite good fun, if a little basic. The Battle Bout Bonus is an innovative feature which is certainly lucrative if you can trigger it.