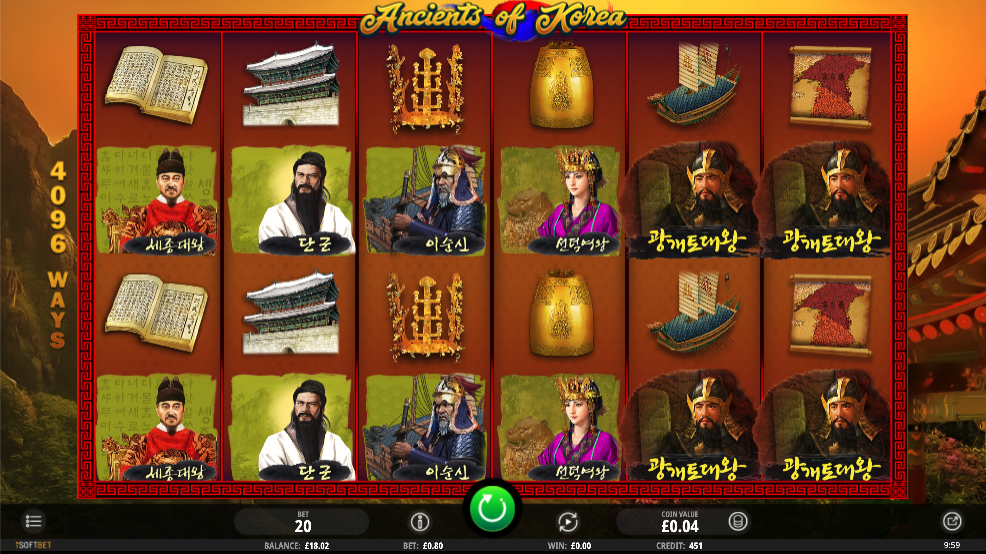 Well here’s something new – an online slot themed on Korea at a time before the island was divided into North and South; this game is developed by iSoftBet, it’s called Ancients of Korea and there are themed free spins and wild multipliers to be won.

Ancients of Korea is a six reel slot with four rows and 4096 ways to win; load it up and there’s an authentic soundtrack to assail your senses which you may want to mute presently. traditional wooden buildings and sheer mountainsides create the rural backdrop.

All the symbols are related to the theme and there are five characters from this story as the high values – a map, a boat, a book, a temple, a crown and a lantern make up the lower values. The dragon is wild and the gold disc is the scatter symbol.

Landing three, four, five or six of the gold disc scatter symbols anywhere in view will award 8, 15, 20 or 50 free spins respectively; there are two extra features during this round:

More spins can be won in the same way the addition of two spins for two scatters.