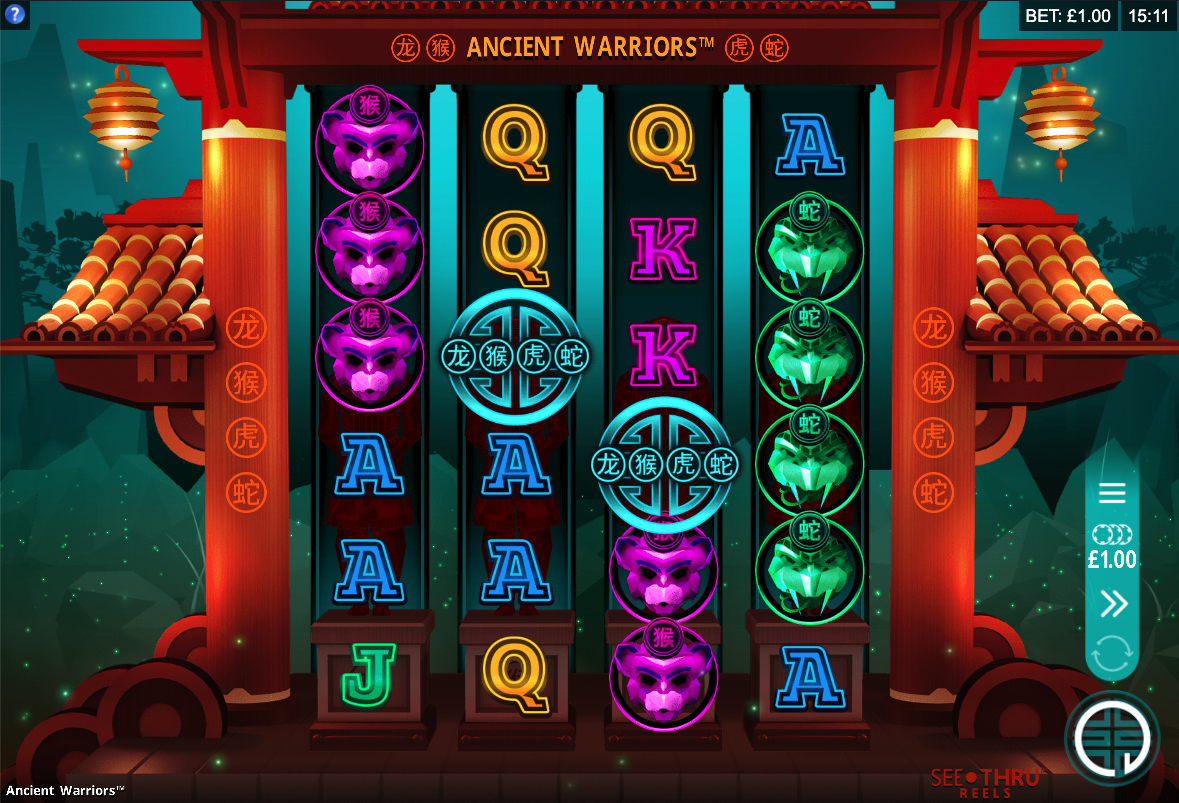 Online slots with a Chinese theme are fairly easy to find but we’ll place one more in front of you anyway in the shape of Ancient Warriors; this is a release from Microgaming/Crazy Tooth Studios base on legendary Eastern fighters and it tempts players with free spins, multiplier wilds and the ‘See-Thru’ reels  setup.

Ancient Warriors is a four reel slot with six rows and fifty fixed paylines but in this game wins can be formed anywhere on those reels as long as there are at least three matching symbols on adjacent reels.Temple columns lit by paper lanterns flank the reels behind which there’s a hazy, nighttime view of fireflies and distant mountains.

Four stylised animal masks in bright colours represent the high value symbols while J, Q, K and A make up the lower values; the Yin Yang is wild but there are also multiplier wilds with the values 2x, 3x, 4x, 5x and 10x to enjoy – the yellow pattern is the ‘feature’ symbol and the blue pattern is the scatter.

Landing exactly one or two yellow feature symbols anywhere on rows three, four or five will trigger this feature and each of those symbols will change into a Yin Yang wild to help out with a win.

This is triggered by landing a feature symbol on rows three, four and five; those symbols will now turn into matching multiplier stacked wild symbols.

Each scatter symbol landing during this round will award an extra free spins up to a maximum of ten.

Ancient Warriors is very low variance but you’ll get to win regularly – we found the bonus features unusual but clever and there are some big wins available for sure in the free spins round.