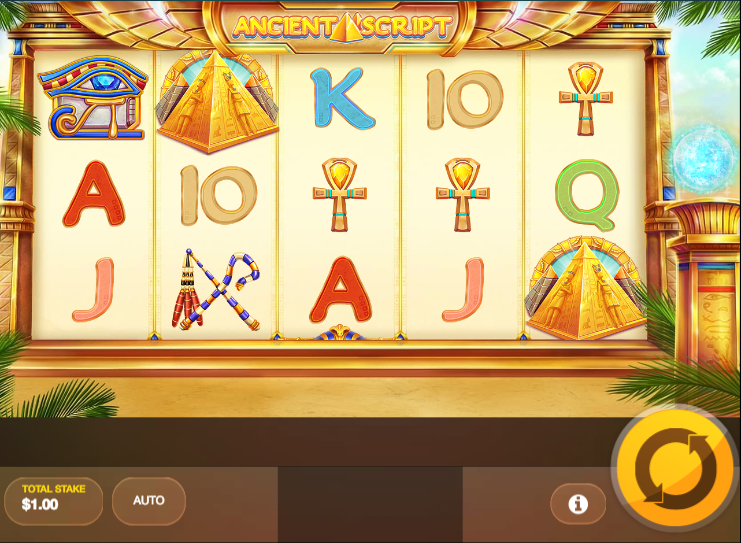 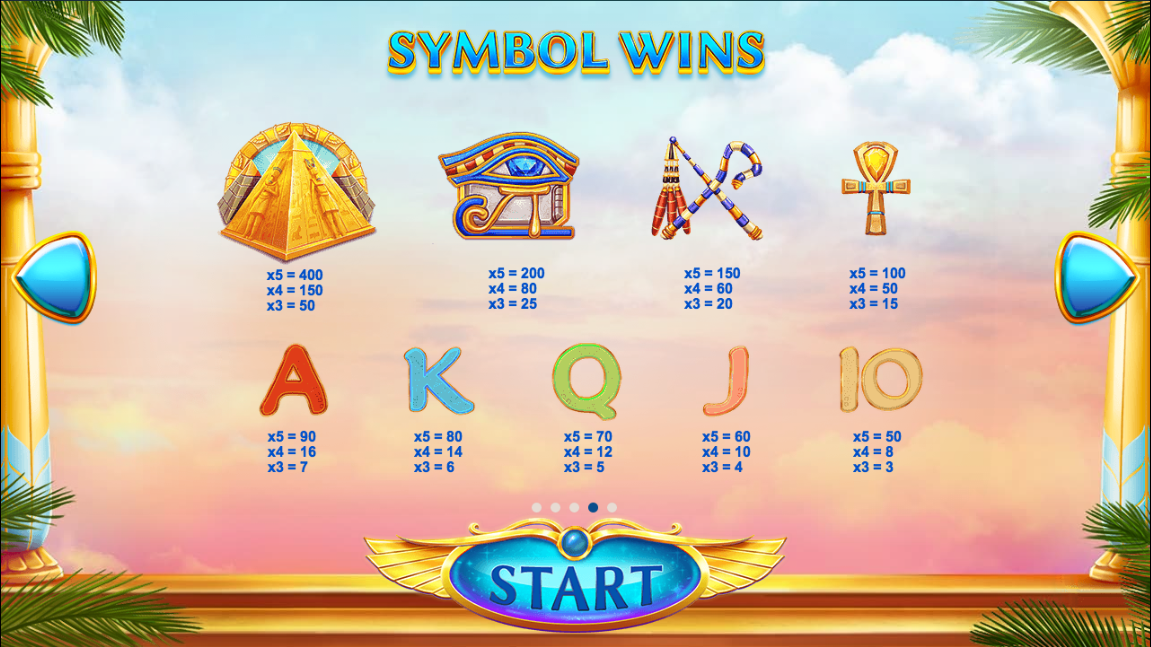 Any online slots developer worth their salt needs to have at least one game themed on the gods and sandy heat of old Egypt; Ancient Script is the name of this game. It’s developed by Red Tiger and it comes with several extra features.

Ancient Script is a five reel slot with three rows and ten fixed paylines; those reels are spinning on the walls of some expensive-looking golden structure which is partially shaded by encroaching palm trees. A glowing blue ball floats on a plinth on the right hand side.

There are four theme-related symbols and they include a golden pyramid, the Eye of Ra, the flail and crook of Anubis and an Ankh; 10, J, Q, K and A make up the lower values.

The Sphinx is both the wild and the scatter symbol and it will substitute for all others to help form winning combinations.

This is where the blue glowing ball on the plinth comes in handy because on any winning spin (and all spins during the feature) it can transform into one of the standard symbols and all instances of that symbol in view will expand to fill all positions on their reels, hopefully resulting in a big win.

This is triggered by landing three of the pyramid wild/scatter symbols anywhere in view for which you will receive ten free spins; as mentioned already the expanding tile feature occurs on every spin so there’s certainly some profit to be made here for the luckier players.

Ancient Script is a playable enough addition to the massed ranks of Egyptian-themed slots and while the graphics might not be state of the art, it’s features are creative and lucrative if you can trigger them. This game comes with an RTP of 95.03%.