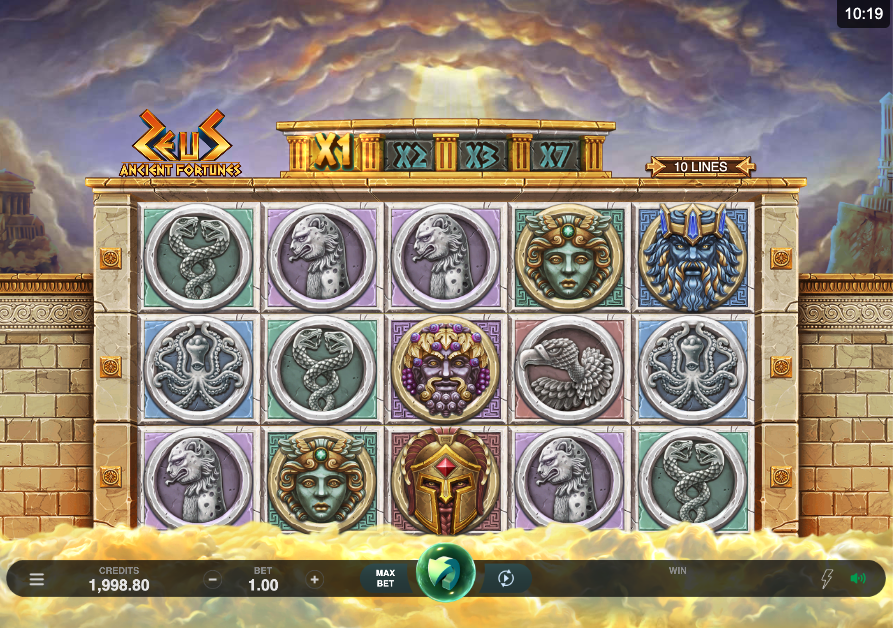 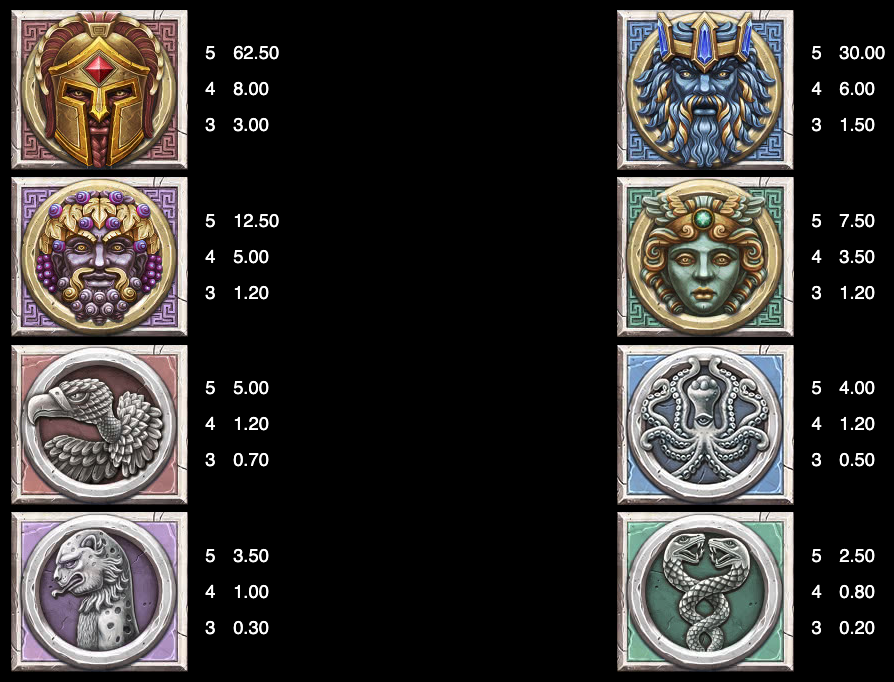 It’s time once more to return to the familiar surroundings of Ancient Greece to get to grips with this online slot from Microgaming/Triple Edge Studios; it’s called Ancient Fortunes: Zeus and it  offers players Rolling Reels with increasing multipliers and god-like free spins.

Ancient Fortunes: Zeus is a five reel slot with three rows and ten fixed paylines; the symbols are carved into marble blocks which float above a layer of pulsating, yellow cloud under a sky lit by Olympus.

The stylised features of four Greek gods represent the higher value symbols while artistic carvings of eagles, squid, tigers and snakes make up the lower values. Winning combos can be formed from right to left as well as left to right.

Zeus himself is wild and he will substitute for all other symbols to help form winning combinations. The lightning bolt is the bonus symbol which is the key to the main feature.

Always a favourite with us, Rolling Reels means that the symbols in every winning combination will disappear and be replaced by more falling in from above; these new symbols can then form more wins and the process continues. The added extra here is that on the second, third and fourth drops the multiplier for any wins increases to 2x, 3x and 7x respectively.

This is triggered by landing three, four or five of the lightning bolt bonus symbols from left to right or right to left for which you will receive 10, 15 or 20 free spins respectively. More spins can be awarded in the same manner within the feature and the extra good news is that the Rolling Reels multiplier starts at 3x and increases to 7x, 11x and finally 21x.

Ancient Fortunes: Zeus is an action-packed tribute to the ruler of the Greek gods which combines those Rolling Reels and free spins to form an entertaining and (hopefully) profitable slot.