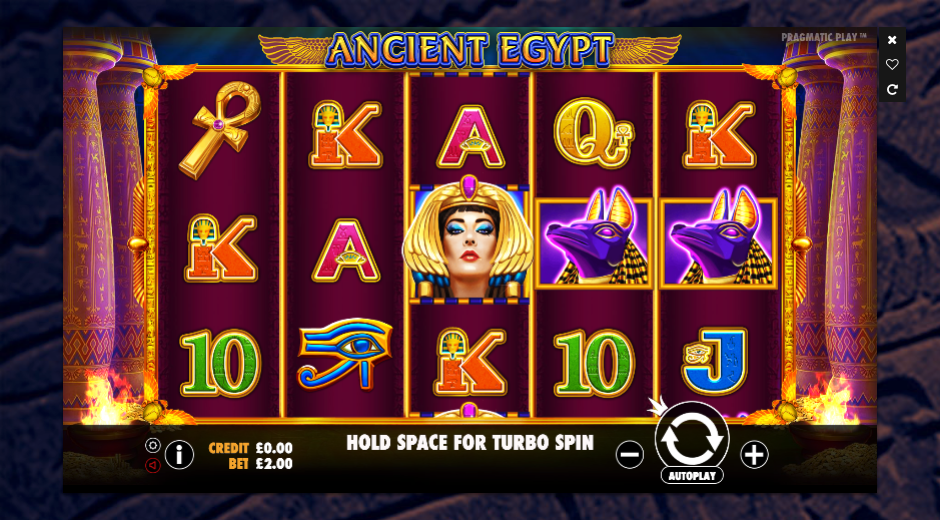 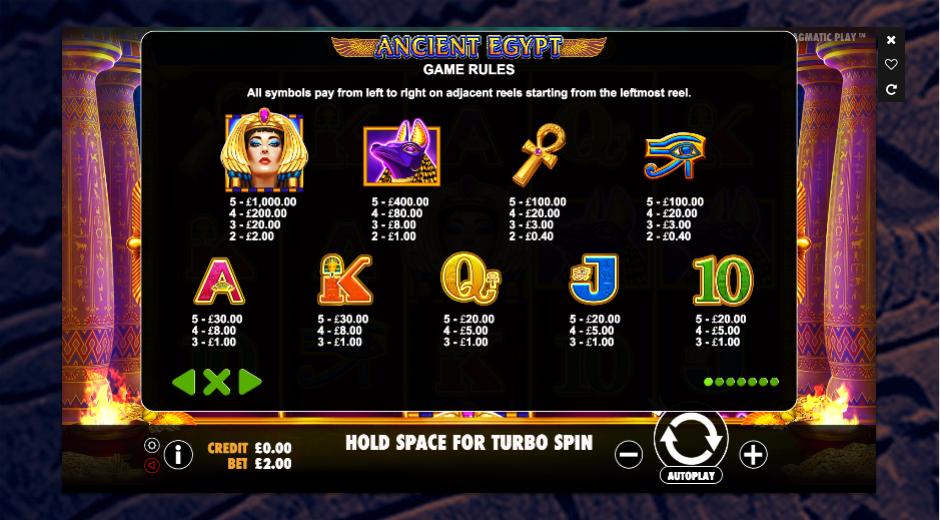 Is that Cleopatra? Is that the Eye of Ra? Are those hieroglyphics? Could this be another online slot based on the legends and gods of the pharaohs? Well it certainly could and it is – it’s called Ancient Egypt, it’s developed by Pragmatic Play and you can find out how it all works below.

Ancient Egypt is a five reel slot with three rows and ten fixed paylines; an attractive and inlaid gold frame surrounds those reels while in the background purple pillars are adorned with hieroglyphics illuminated by firelight.

The high value symbols include Cleopatra, Anubis, an golden ankh and a symbol representing the Eye of Ra; 10, J, Q, K and A make up the lower values.

The golden scarab beetle is both the wild and the scatter symbol and it will replace all others to help form winning combinations.

This is triggered by landing at least three of the golden scarab scatter symbols anywhere in view; the first thing to do is pick from one of the three ornate boxes on show and this will determine which of three features you’ll be awarded:

Ancient Egypt doesn’t stray too far from a well trodden Egyptian formula but it’s certainly a very playable slot with some colourful reel action and a free spins round with a little extra – this game comes with an RTP of 96.13%.