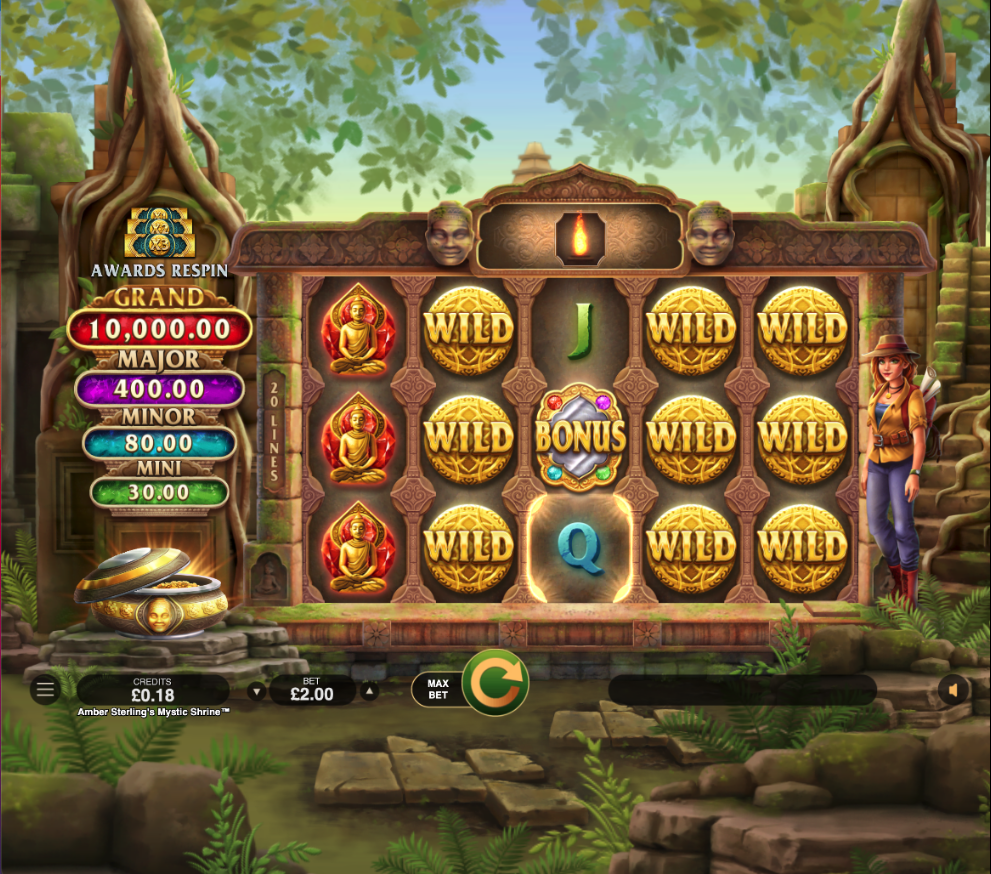 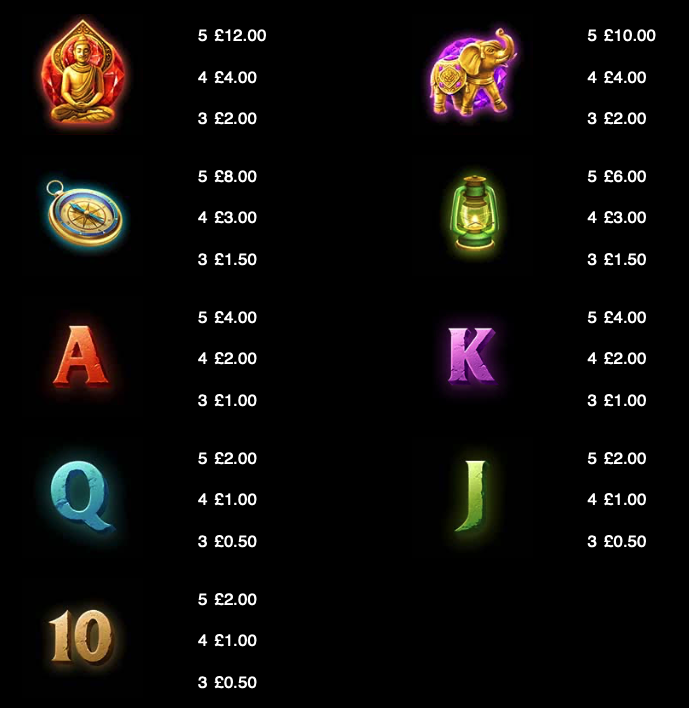 Well it seems as though there’s a new grave robber explorer on the reels in the shape of Amber Sterling and she’s uncovering the legend of the Mystic Shrine which looks as if it’s located in Cambodia. This game is developed by Microgaming/Fortune Factory and tempts players with the Action Reel, Marked Positions, a Blazing Wild Streak and a picking game leading to jackpot prizes.

Amber Sterling’s Mystic Shrine is a five reel slot with three rows and twenty fixed paylines; it looks like we’re in fairly familiar Ankhor territory here with those reels surrounded by ancient temples which have been there so long that trees and their roots have grown around them. The four jackpot prizes are displayed on the left hand side.

High value symbols include a statue of the Buddha, a golden elephant, Amber’s compass and an oil lamp; 10, J, Q, K and A represent the lower values. The gold disc is wild and the mirrored Bonus is the special symbol.

The Action Reel is not really a reel, it’s the small area above the reels which will occasionally open up, spin and award either one, two or three Marked Positions or the Blazing Wild Streak:

Landing three of the bonus symbols anywhere on reels two, three and four will activate a picking game in which twelve items are shown – just pick them until three matching ones are found which correposond to one of the jackpot prizes.

This is an entertaining first outing for Amber and we will await her next expedition with interest; the main feature is a clever one and the way it’s integrated into the base game keeps things engaging and entertaining. The slight downside is a lowish RTP of 94.00%.

Yes! The Action Reel with marked positions and the Blazing Wild Streak plus the Bonus picking game..

The Return To Player percentage for Amber Sterling’s Mystic Shrine is 94.00%.

How To Win On Amber Sterling’s Mystic Shrine?

Where can I play Amber Sterling’s Mystic Shrine?