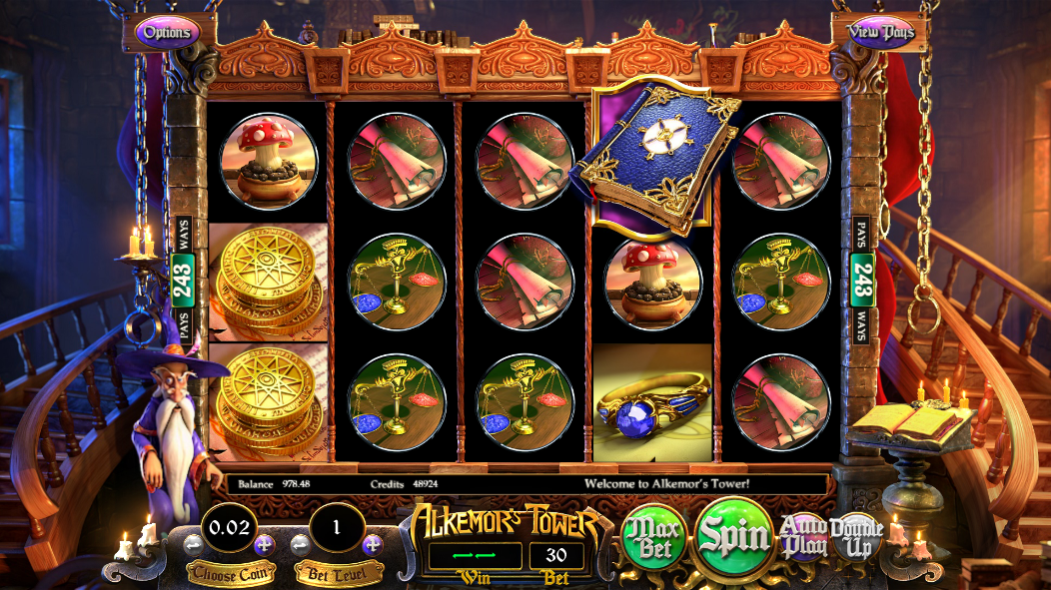 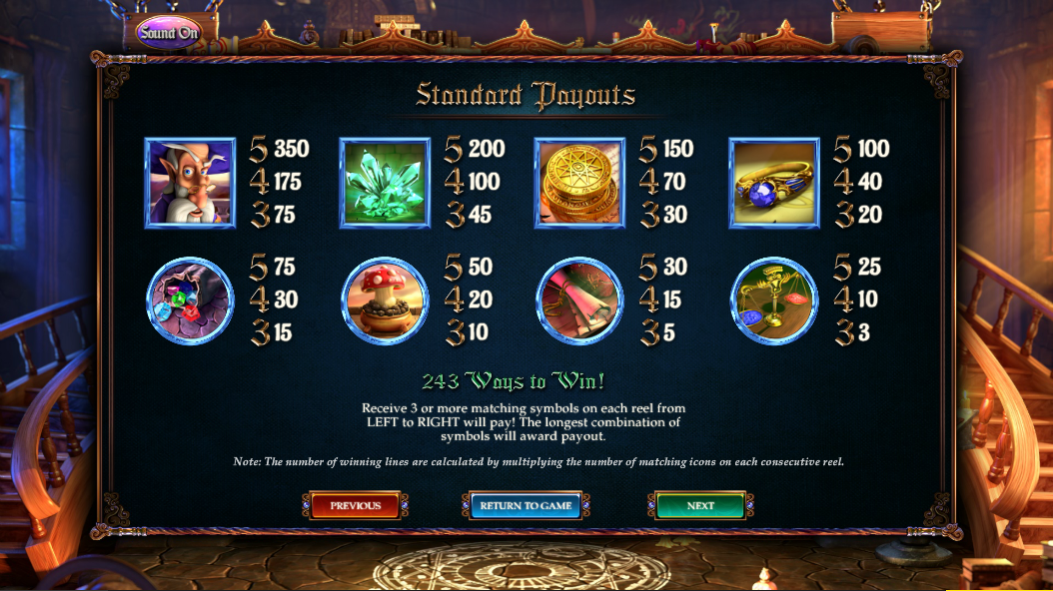 Join us now as we journey into a world of magic and wizardry in this online slot from Betsoft Gaming; it’s called Alkemor’s Tower and it’s designed with as much quality and attention to detail as other recent games from this developer. It’s full of bonus features and mini games and you can read all about it below.

Alkemor’s Tower is a five reel slot with three rows and 243 ways to win – there’s no standard payline structure and you’ll make a winning combo as long as you have three matching symbols in adjacent reels from left to right. The reels are carved from wood with chains hanging on either side – staircases wind up into the darkness beyond.

The high value symbols are theme-related and include Alkemor, a green crystal, a pile of coins, a gold ring, a small pile of coloured gems, a toadstool, a scroll and set of scales.

There’s no wild symbol but there’s a spell book which appears on reels one, two, four and five and four elemental spells (earth, fire, water and air) which may appear on reel three.

The free spins are triggered by landing spell books on reels one and two and either a book/vine or bound book on reel three; you will receive between 10 – 15 free spins on new sets of reels with new symbols. The two free spin versions offer separate bonus features:

Use the ‘Double Up’ button below the reels if you’d like to gamble any base game win; this is a heads/tails game with no maximum win but you’ll lose all your winnings if you get it wrong.

Alkemor’s Tower is another superb slot from Betsoft and it points the way to the quality which is possible with a bit effort; it’s all good, from the graphics to the bonus features so check it out.