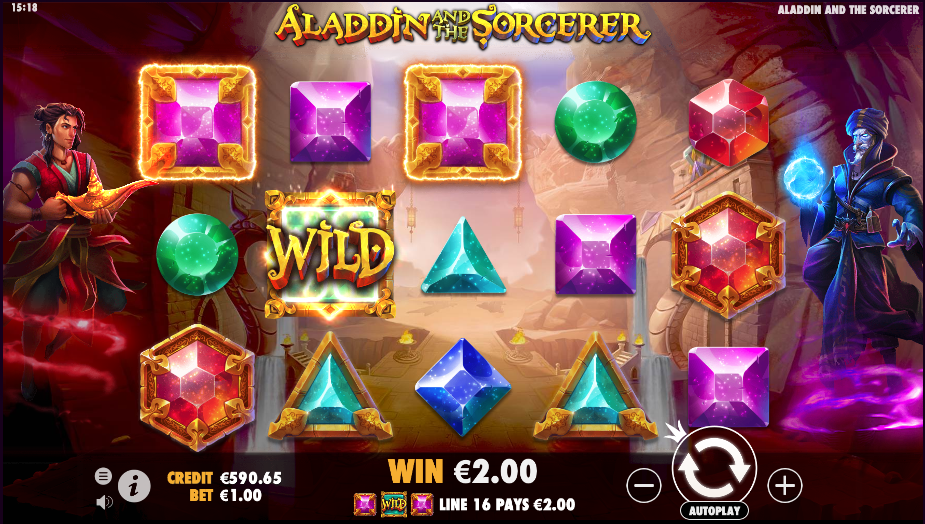 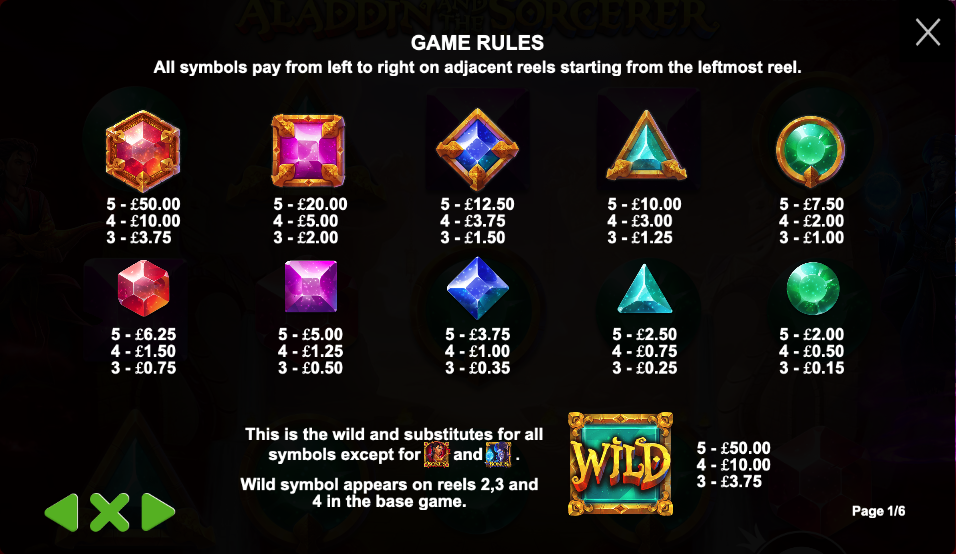 The tales and exploits of Aladdin in the Arabian peninsula are many and legendary and he clearly deserves an online slot machine in his honour – this one’s called Aladding and the Sorcerer and its narrative is of a magical battle for free spins between our hero and the evil magician.

Gold plated gems in red, pink, blue, light blue and green represent the high valye symbols while those same gems without the gold trim make up the lower values.

The wild is an ornate, golden ‘Wild’ which appears on reels two, three and four and which will substitute for all standard symbols to help form winning combos. The Aladdin and the Sorcerer symbols are also wild, appear on reels one and five respectively and may activate the main feature.

This is triggered by landing Aladdin on reel one or the Sorcerer on reel five and doing either will add between three and six wild symbols to the reels with stacked wilds on reels one and five.

Landing Aladdin and the Sorcerer on reels one and five on the same spin will trigger the Respin Feature and this is where the fun begins because it’s a battle between the two; the respins begin and each time one of theme appears without the other their opponent loses one of their three lives. If Aladdin loses his lives first the round ends but if the Sorcerer is beaten then the second level starts with three spins – all wilds already in place are locked and have a multiplier of 2x on the second spin and 3x on the third spin.

We always like a good battle feature and in Aladdin and the Sorcerer we have a really well designed one as part of this attractive and fast-moving slot – the second level of the respin feature is also where the big wins are.