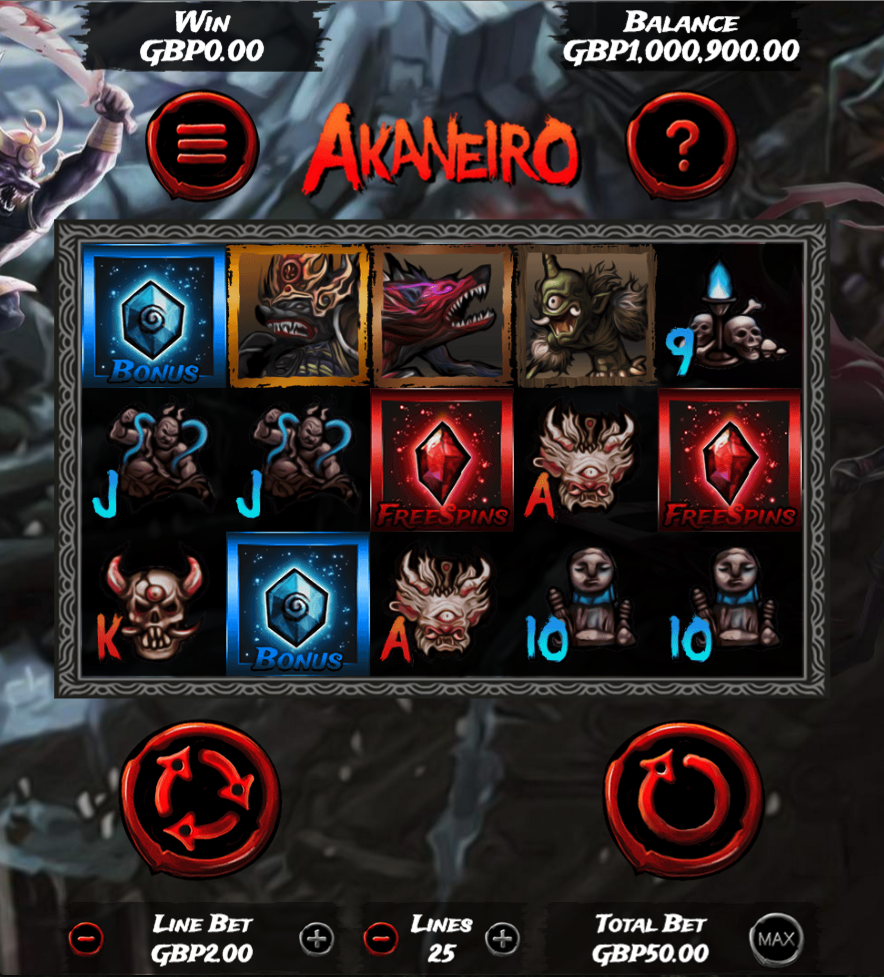 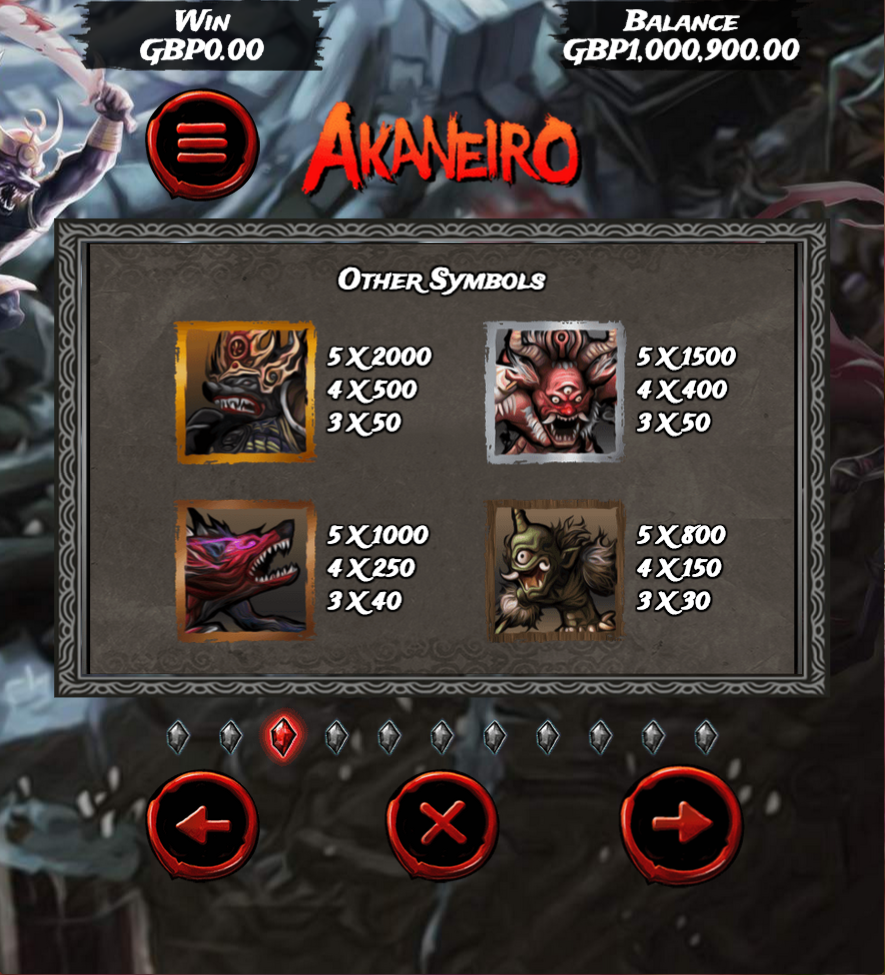 We’re heading back to medieval Japan now as we take a look at an online slot called Akaneiro from Odobo/Spicy Horse; it’s a manga-inspired fantasy adventure based on the role-playing game of the same name which itself owes something to the tale of Little Red Riding Hood. More details on Akaneiro’s background can be found in the paytable so read on to find out more about this interesting game.

Akaneiro is a five reel slot with three rows and up to twenty five paylines; the design is certainly gloomily reminiscent of the role-playing game with lots of blood-red imagery and darkness.

The four high value symbols are various monsters from the game while 9, 10, J, Q, K and A represent the lower values.

There are two wilds – a red basic wild and a wild x2 featuring Akaneiro which obviously multiplies any wins by 2x. There’s also a blue bonus scatter symbol and a red free spins icon which appears only on reels one, three and five.

Trigger this mini-game by landing three or more of the blue bonus scatter symbols anywhere in view; you will now be taken to a screen displaying four different characters from the village of Yomi and one will be chosen automatically for you.

On the next screen that character will be displaying a number of items and all you have to do is pick one for a prize based on your total stake. You will then be shown what you could have won as the other prizes are revealed.

Akaneiro looks great and it contains loads of manga-style animation, slashing swords and severed limbs; it uses elements of the original story pretty well and we reckon there’s room for a sequel here. We found it quite easy to trigger the features and that’s always a good thing.