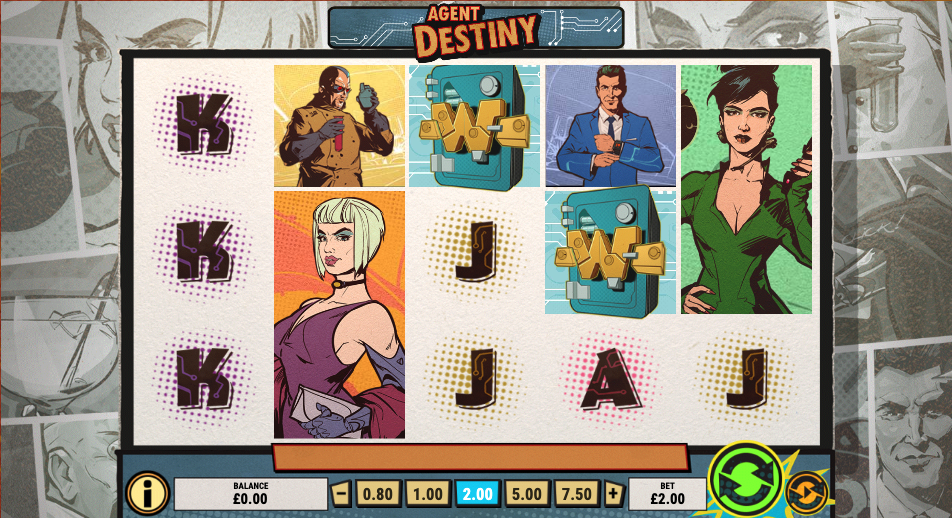 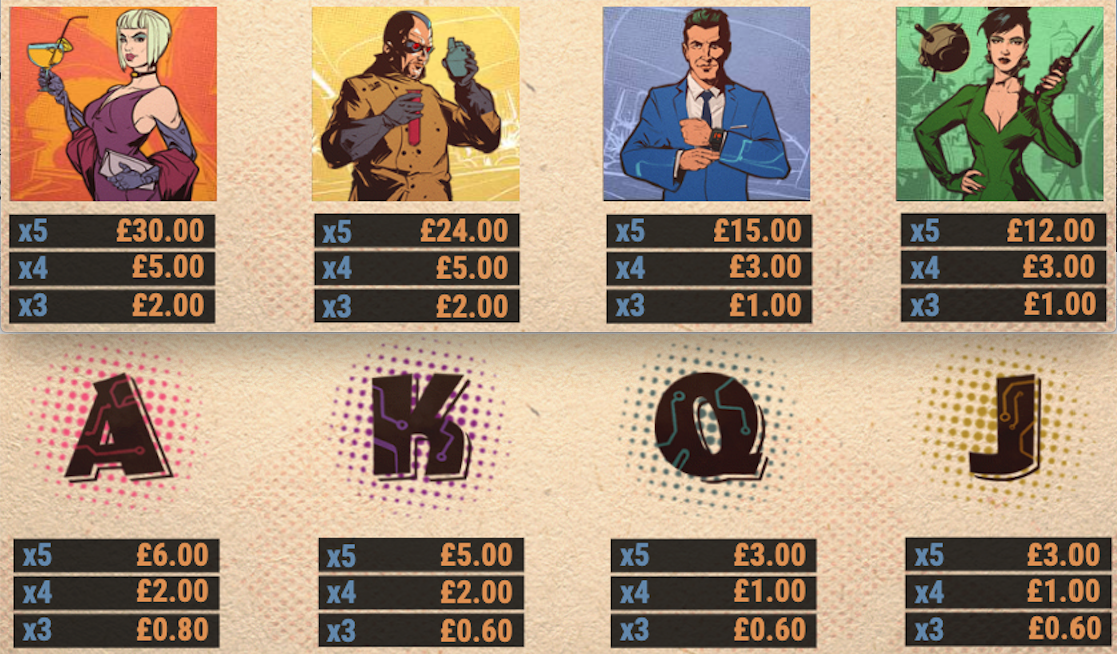 For secret agents around the world the 1960s was an era of sophistication and hedonism punctuated by the foiling of a plot by some supervillain or other; Agent Destiny is a tribute to those times, it’s developed by Play N Go and it promises players free spins, linked reels and super-sized symbols.

Agent Destiny is a five reel slot with three rows and twenty fixed paylines; there’s a comic book style to the design of this game with those reels floating against a backdrop of overlapping pictures which could come straight from a graphic novel (or perhaps from an Andy Warhol painting).

The four high value symbols are all characters from this story – two villains and two intrepid crime-fighters; J, Q, K and A make up the lower values. The safe is wild and it will replace all standard symbols to help form winning combinations; the safe cracker is the scatter symbol.

All of the standard symbols along with the wild can appear as large, 3×3 icons on the reels and they can also be created by the merger of two identical stacks of symbols next to each other.

This can occur on any spin and on reels 4/5 and 3/4/5 – identical symbols will land on those sets of reels and you’ll receive one free spin in which those linked symbols will move to the far left and another set of identical reels will fill their spot. Huge wins are possible during this feature, especially if wild symbols are involved. 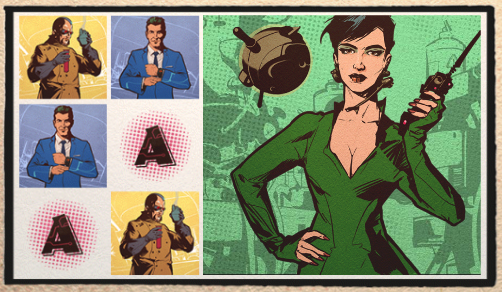 Landing three of the scatter symbols anywhere on reels one, three and five will award nine free spins in which linked symbols appear on each spin on the right hand side, subsequently moving to the left; any scatter symbol appearing during this round will award one extra spin.

There’s a smooth, cool atmosphere to Agent Destiny which suite the theme well and a range of features which trigger often enough in the both the base game and the free spins.