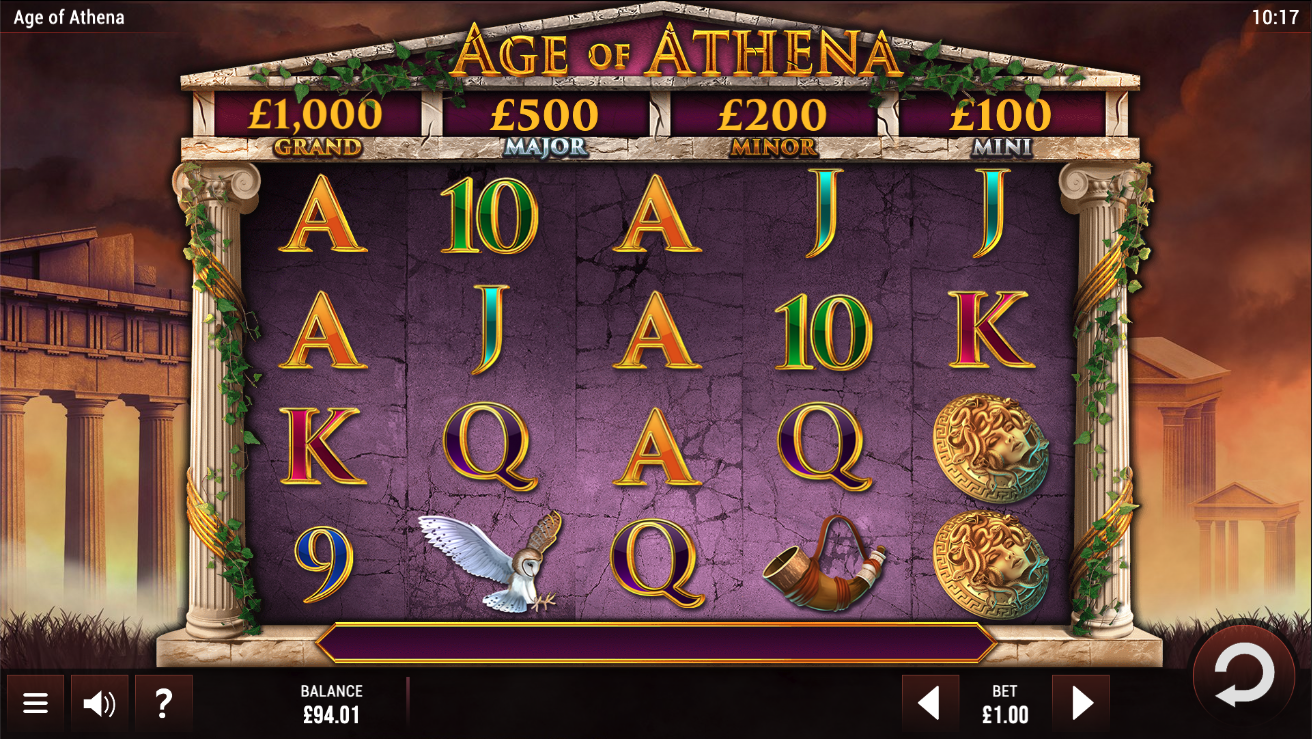 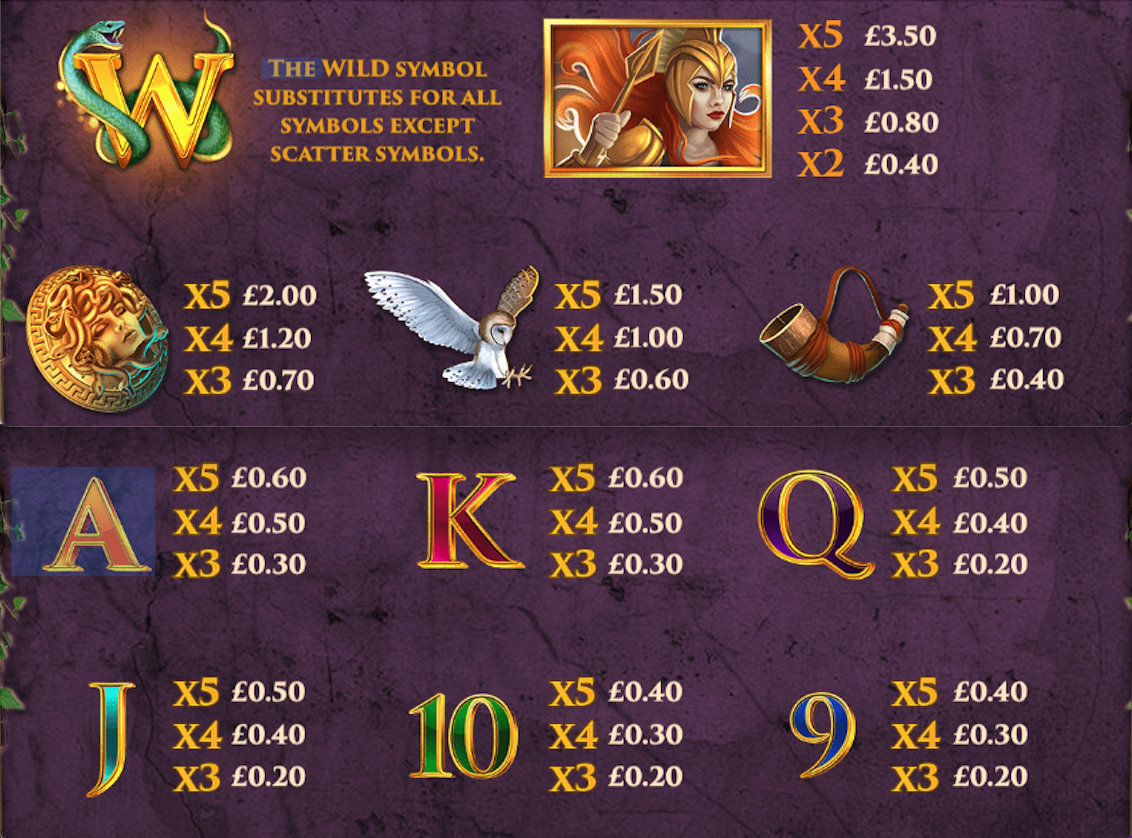 In Greek mythology Athena was the goddess of war among various other things ands she clearly deserves an online slot machine inter own name; this one’s called Age of Athena, it’s developed by Epic Industries and it promises players the chance to win free spins and respins with four jackpot prizes available.

Age of Athena is a five reel slot with four rows and 4096 was to win; those reels spin between neat columns draped with gold and vines but there’s a gloomy aspect to the backdrop in which dark clouds loom over lonely temples.

Athena is the most valuable symbol among with her shield, the owl and the horn; 9, 10, J, Q, K and A represent the lower values. The golden ‘W’ is wild and the special symbols are the olive branch and the boat.

Landing six of the olive branch symbols will kick this feature off and it’s a fairly standard round in which three respins are awarded and reset each time an olive lands on the reels; the olives will lock in place, displaying either cash values or one of the jackpot prizes. When the spins finally run out the total values and any jackpot prizes are awarded.

This is triggered by landing three, four or five of the boat scatter symbols anywhere in view for a reward of 10, 15 or 25 free spins respectively and once the round is underway this can be repeated.

Athena becomes a scatter symbol during the spins and she’ll pay out anywhere as long as there are at least three on the reels.