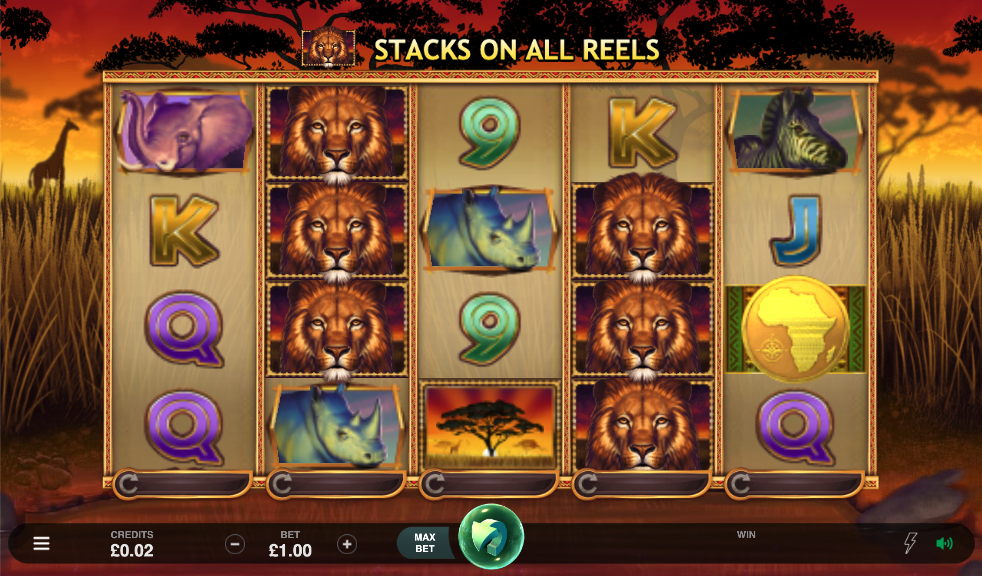 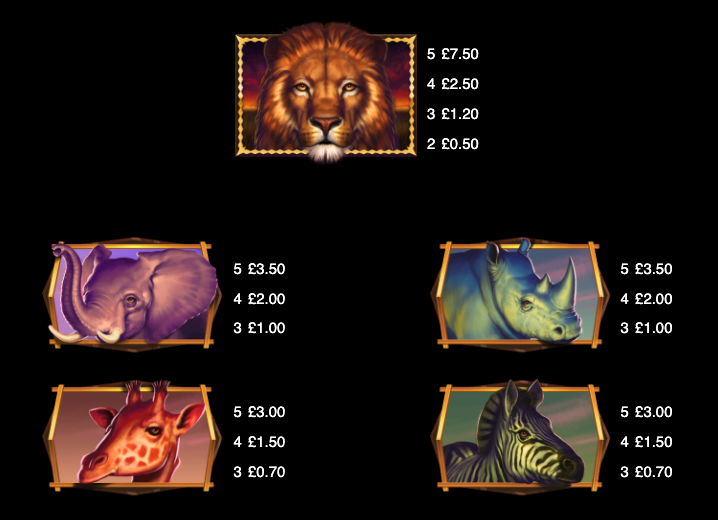 The wide, barren savannahs of Africa are the setting for this safari-themed online slot from Microgaming/Triple Edge Studios; it’s called African Quest and as well as a variety of free spins features it also offers players the chance to respin reels for another chance to win.

African Quest is a five reel slot with four rows and 1024 ways to win; there’s a slightly retro feel to the reel graphics but the atmospheric backdrop makes up for that with its sunset, Baobab trees, roaming animals and gently swaying grass.

The high value symbols include the lion (which can appear stacked two or three positions high), the elephant, the rhino, the giraffe and the zebra; 9, 10, J, Q, K and A make up the lower values.

The Baobab is wild, appears on reels two, three and four and replaces all standard symbols to help form winning combos; the map of Africa is the scatter symbol.

Hyperspins offers players the opportunity to respin individual reels after a spin if there’s a chance to create a win for example – the cost for this is proportional to the chance and size of any potential win.

Landing at least three of the African map scatter symbols anywhere in view will trigger this feature and you’ll get to pick from three free spins options:

Wild multipliers can be totalled if more than one appears in a win.

Landing at two, three, four or five scatters during this round will award between 3 and 40 extra spins depending on the option chosen at the start.

African Quest is a little on the basic side in terms of graphics but it’s enjoyable enough to give it a go for its atmosphere and variety of free spins options; if your tolerance to risk is a bit higher then the Hyperspins might be of interest.