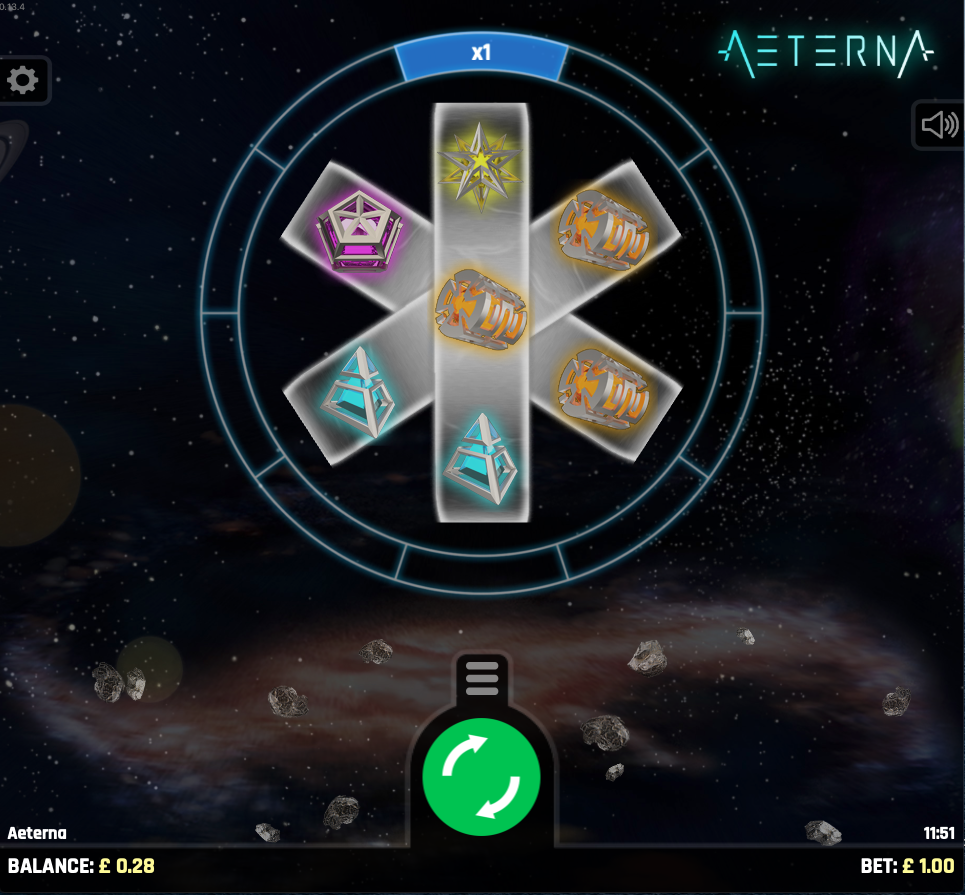 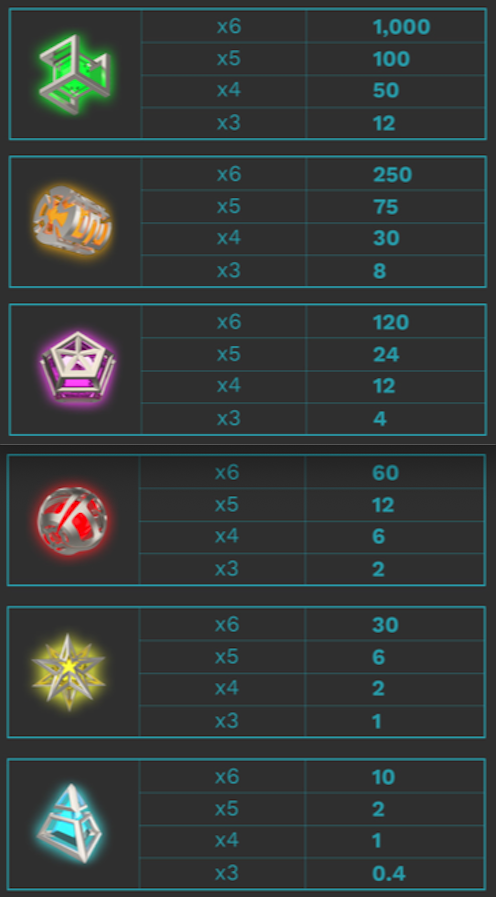 Here’s something a little different and it would suit science fiction fans who enjoy spinning the reels; it’s called Aeterna, it’s developed by Black Pudding Games and from £0.10 per spin it offers players a novel gameplay mechanic along within multipliers and free spins.

Aeterna is an arcade-style slot which plays out on the star-shaped shown above; wins are formed by landing at least three matching symbols next to each other around the outer edge (the Orbital Paypath) and they do this against a deep space backdrop in which asteroids float slowly across the vacuum.

The standard symbols are 3D shapes in various bright colours including the green cube, the orange cylinder, the purple hexagon, the red sphere, the yellow star and the blue pyramid; there’s no wild symbol but the blue ‘A’ is the bonus.

The symbols in any winning combinations will be removed and more will replace them, more combos can then be formed to continue the process.

Each subsequent win will increase the win multiplier which is shown around the edge of the playing area. The maximum multiplier is 20x.

This is triggered by landing two three-symbol wins on the playing area and one of those wins will be selected at random to become a six symbol win which is more valuable.

Landing a win with at least four of the ‘A’ bonus symbols which activate a spinner to determine the number of free spins awarded – 5, 10, 15 or 30. More spins can be triggered in the same way from this round and all multiplier values on the outer edge are doubled.

Aeterna is a really unusual game with a gameplay mechanic clearly not copied from any other developer – wins are more frequent than you would imagine and it also seems quite easy to trigger the free spins. Try this slot if you’re after something different.