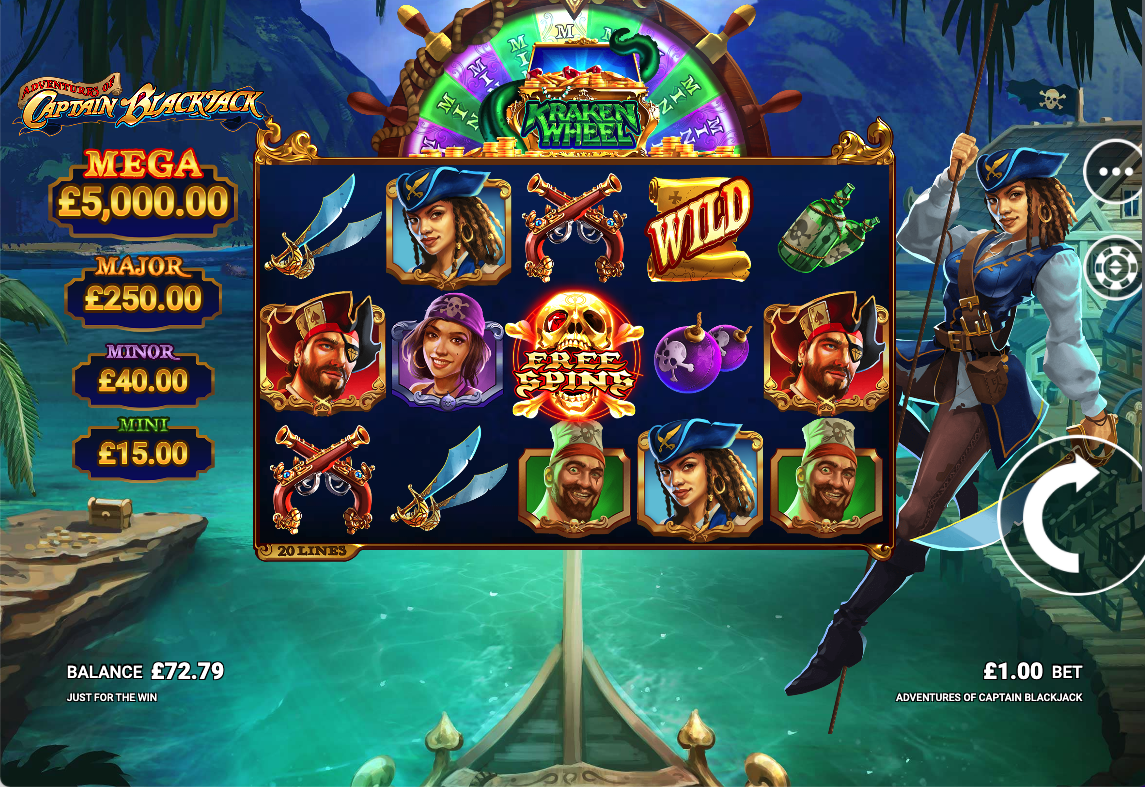 The Adventures Of Captain Blackjack is an online slot featuring a pirate who sounds as though he enjoys some success on the casino tables; it’s developed by Just For The Win and there’s a 5000x top prize awaiting the luckiest players along with the Kraken Wheel and free spins to enjoy.

Adventures Of Captain Blackjack has five reels and twenty paylines and it’s set in the rocky bay of some mountainous Caribbean island where the water is turquoise and the cutlass-wielding first mate hangs on a rope surveying the scene.

The high value symbols include the captain and three of his cheerful crew members while the lower values are made up of pistols, swords, bombs and rum. The golden treasure map is wild and the gold skull is the scatter symbol.

When scattered Kraken coins appear attached to symbols on the reels there’s a chance that this feature will activate and you’ll get a spin of the Kraken Wheel – this is the thing above the reels and it will award one of the jackpot prizes shown to the left of the reels. They are 15x, 40x, 250x and finally 5000x the stake.

More spins can be triggered when the round is underway and if this happens you’ll get more bonus picks also.