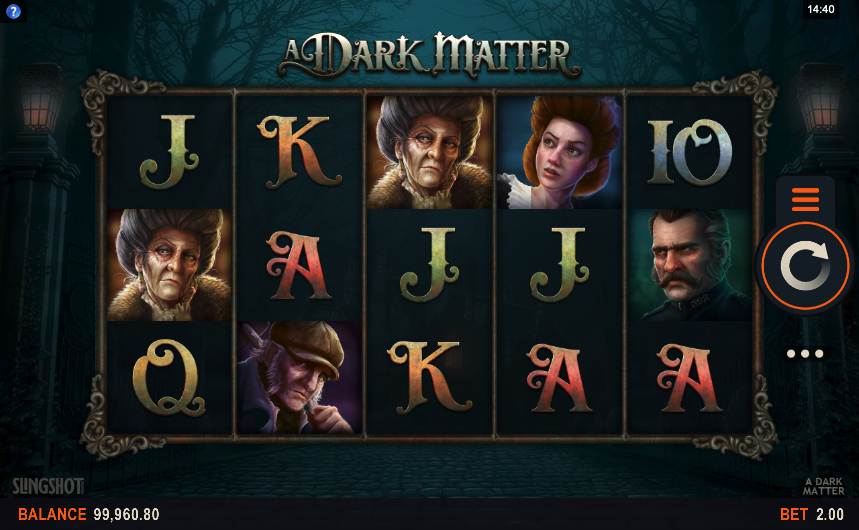 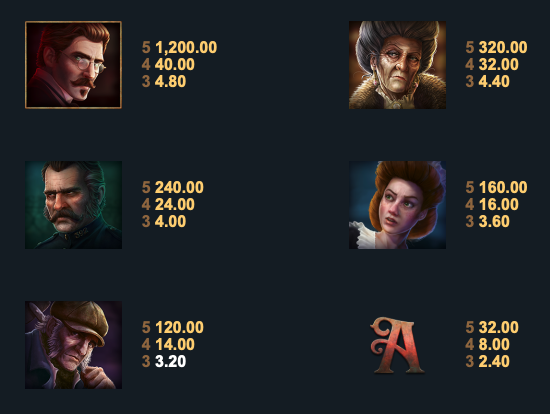 There’s a sense of mystery and dread surrounding this online slot from Microgaming/Slingshot and to experience it you’ll need to take a trip back to the Victorian era and Wraith Manor, a creepy, stately home in the English village of Stonehurst; once you’ve arrived there are free spins, several wild features and eerie goings on to enjoy.

A Dark Matter is a five reel slot with three rows and just five fixed paylines; those reels spin within an ornate frame floating in front of a cobbled driveway barely lit by two gaslights.

Five charactres from this story represent the higher value symbols and they are the chap with the specs and moustache, the elderly lady, the second moustachioed man, the younger lady and the guy with the flat cap; 10, J, Q, K and A make up the lower values.

The games logo is wild, it appears on reels two, three and four  and it will replace all standard symbols to help make winning matches; the door knocker is the scatter symbol.

The wild has a few extra tricks up its sleeve in A Dark Matter:

There’s a great mysterious, Victorian atmosphere to A Dark Matter with plenty of wins generated by the stacked wilds and their accompanying features; the free spins are the icing on the cake for this 19th century tale.