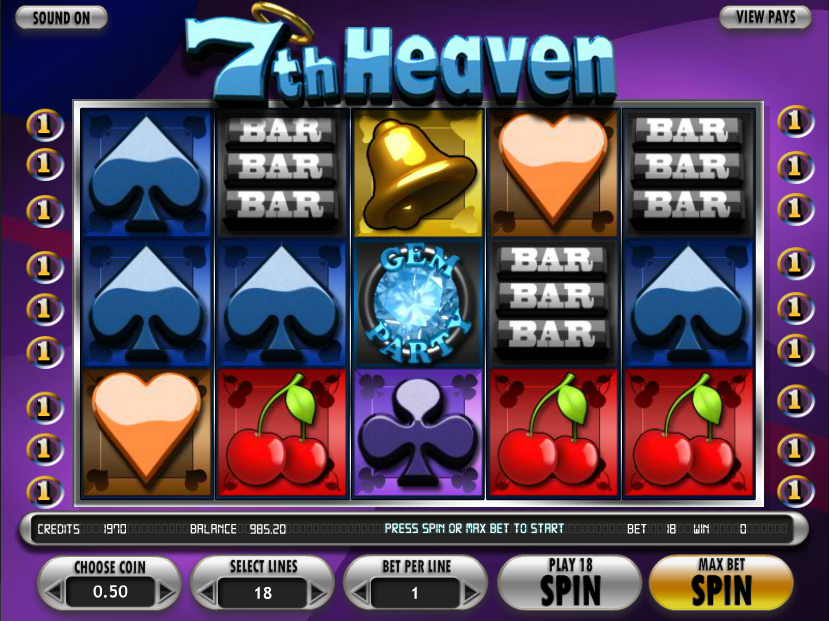 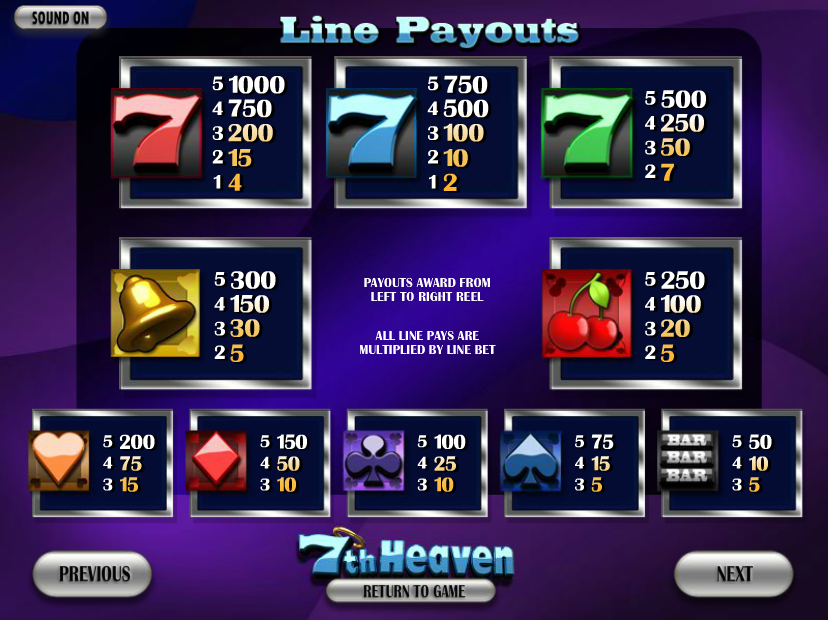 Unimaginable riches in 7th heaven await those who are prepared to spin the reels on this colourful online slot from Betsoft – at least that’s what it says at the top of the screen but there are some big prizes and various bonus features to be had when playing 7th Heaven – read all about it below.

7th Heaven is a five reel slot with three rows and up to eighteen paylines; this is not one of Betsoft’s slots3 range so it’s a bit more basic but it still looks good and the silver-rimmed reels spin against a backdrop of purples of various hues.

All the symbols are traditional and include red/blue/green sevens, a bell, cherries, triple bars and playing card symbols – hearts, diamonds, clubs and spades.

The wild is a big purple ‘Wild’, it appears only on reels two, three and four and substitutes only for 7s; when it does so it will expand to fill the entire reel for more potential winning combos.

There are two scatter symbols – the multi-playing card and the blue gem – which activate the various extra features.

This is triggered by landing three of the multi-playing card scatter symbols anywhere on reels two, three and four; a wheel will now spin and it’s segments will reveal the number of spins awarded from seven to twelve. On each spin one suit becomes a bonus suit and each time one of those symbol lands will award a prize equal to your stake.

Trigger this by landing three of the blue gem scatter symbols anywhere on reels one, two or three; you will be awarded seven free spins on a special set of reels which includes seven gems of various colours and an increased maximum payout of 1500x your line stake.

7th Heaven is a smooth-playing slot with some nice gameplay and two separate features to keep things interesting; check it out at your leisure!