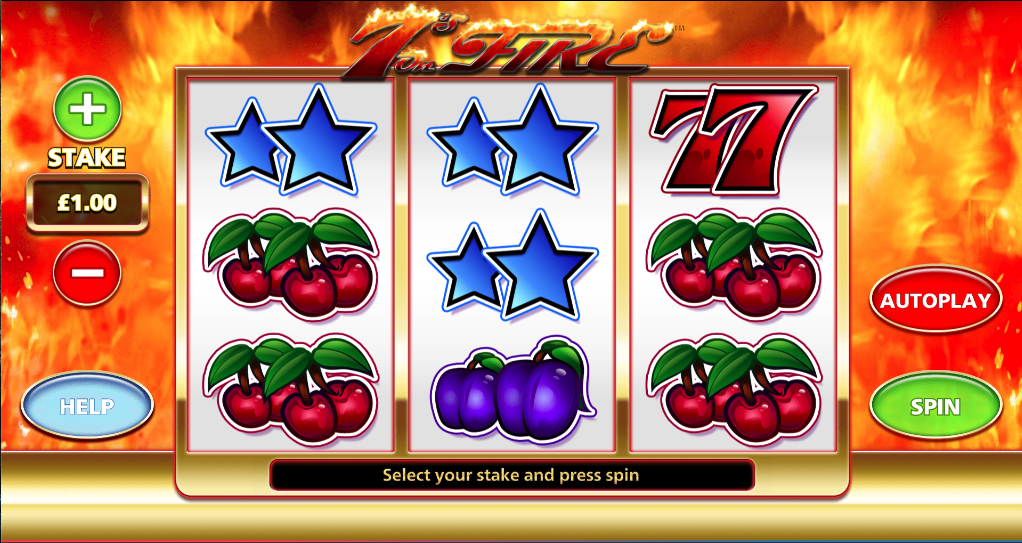 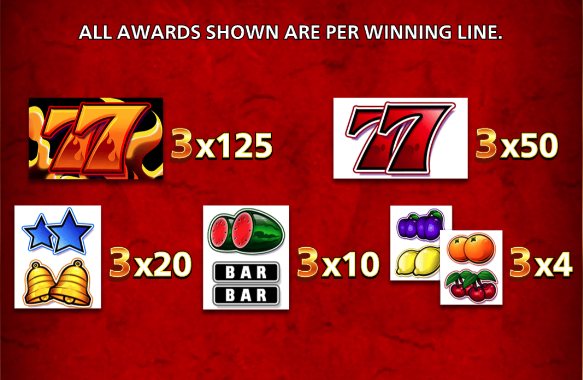 If you’ve previously played an online slot called 7s To Burn from Barcrest then you’ll no doubt be interested in 7s On Fire, a sequel of sorts which offers the same simple gameplay and fruit-based fun – read all about it right here.

7s On Fire is a three reel slot with three rows and five fixed paylines; the design is similar to its predecessor with those gold-rimmed reels spinning against a backdrop of roaring flames – even the title at the top of the screen doesn’t escape an animated singing.

The symbols are a familiar and traditional bunch and include red sevens, blue stars, golden bells, bars, watermelons, plums, lemons, oranges and cherries; the golden sevens with the fiery background is the wild symbol and it will replace all others to help form winning combinations.

And that’s pretty much all there is to it – there’s a range of stakes between £0.10 and £500.00 per spin so something for everyone; set your bet, set the Autoplay, sit back and watch those reels spin. The top prize of 125x the stake is won by landing three wild symbols on an active paylines.

7s On Fire is actually even more basic than 7s To Burn which at least offered an extra free spins feature; this slot is clearly for those who line something a little more basic and traditional so it that’s you, give it a go!