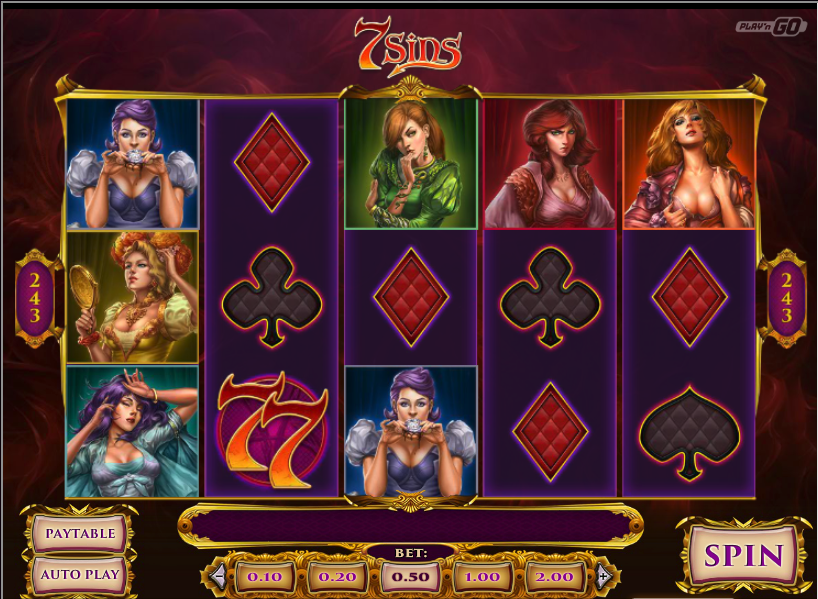 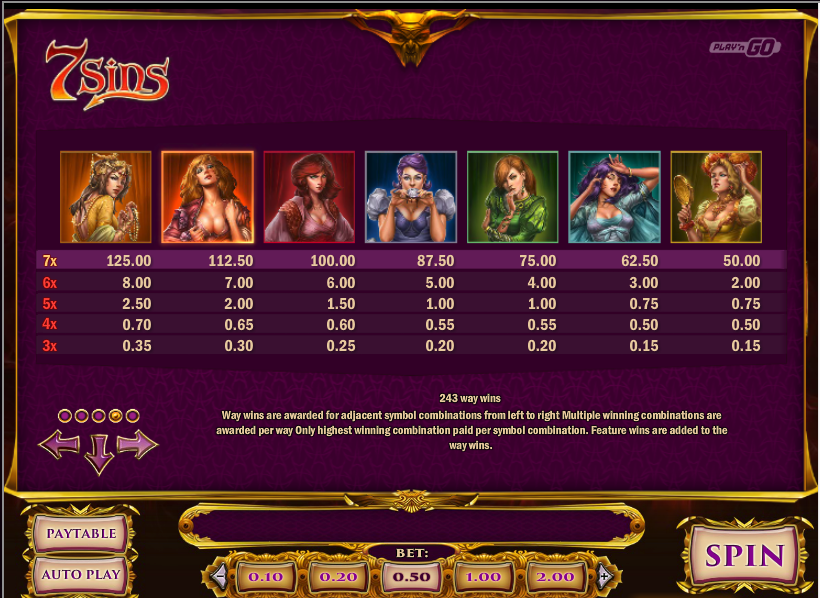 When we refer to the seven deadly sins we are talking about pride, greed, lust, envy, gluttony, wrath and sloth; this online slot machine from Play N Go is slightly different in that these sins aren’t deadly and they are in fact seven women – this game is called 7 Sins and you can read all about it here.

7 Sins is a five reel slot with three rows and 243 ways to win – the standard payline structure is replaced by one in which winning combos are made as long as there are matching symbols in adjacent rows starting from the left hand side.

The seven ladies are the higher value symbols and they are differentiated by dress colour – gold, red, pink, blue, green, light blue and yellow; playing card symbols make up the lower values.

The wild is a big ‘7’ which replaces all others in a winning combo except the Pandora’s Box scatter; double wild symbols also appear on reels two and four which means combinations of up to seven icons can be made.

This is triggered by landing three of the Pandora’s Box scatter symbols anywhere on reels one, three and five; you will now receive seven free spins which cannot be retriggered but there’s some extra action during this round – on each spin only one of the ladies appears and reel three is completely filled with that particular sin. The multiplier increases from 1x to 7x throughout the spins.

If you can land just two scatter symbols on the reels during the base game you’ll trigger the Second Chance in which you get to pick one one of the ladies who will hopefully start the free spins round for you. If not you’ll get a cash prize of up to 15x your total stake.

7 Sins is typically high quality stuff from Play N Go and it come with some smooth gameplay, creative features and an enhanced free spins round – it’s a highly recommended slot.