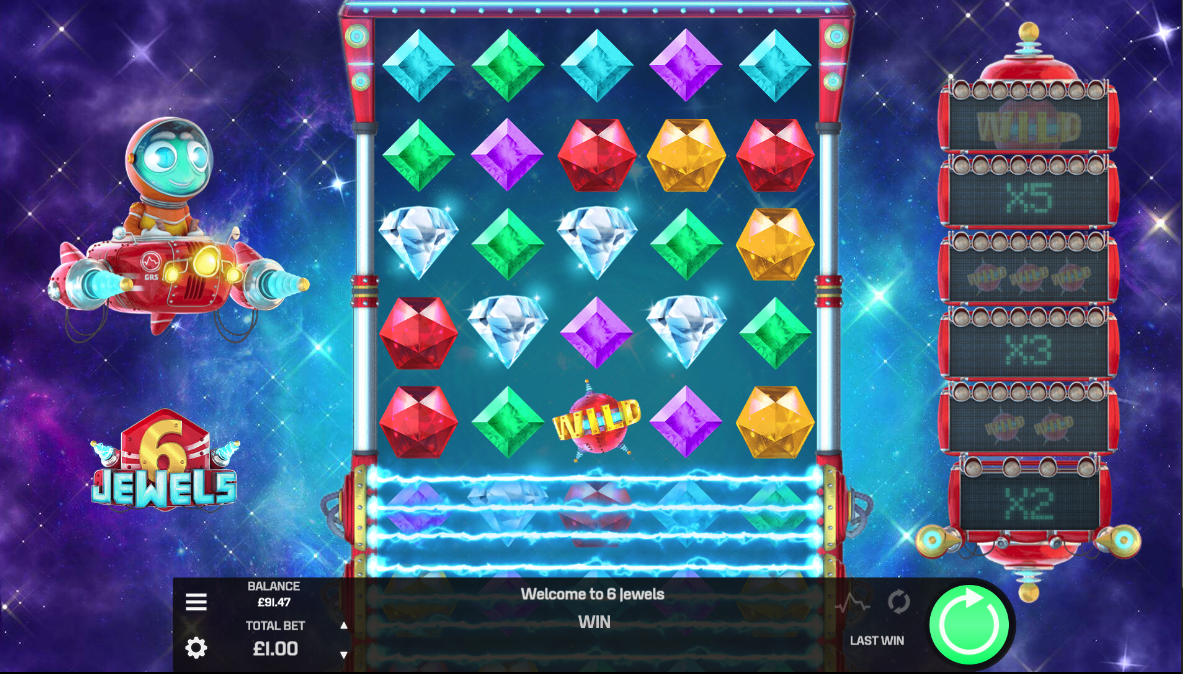 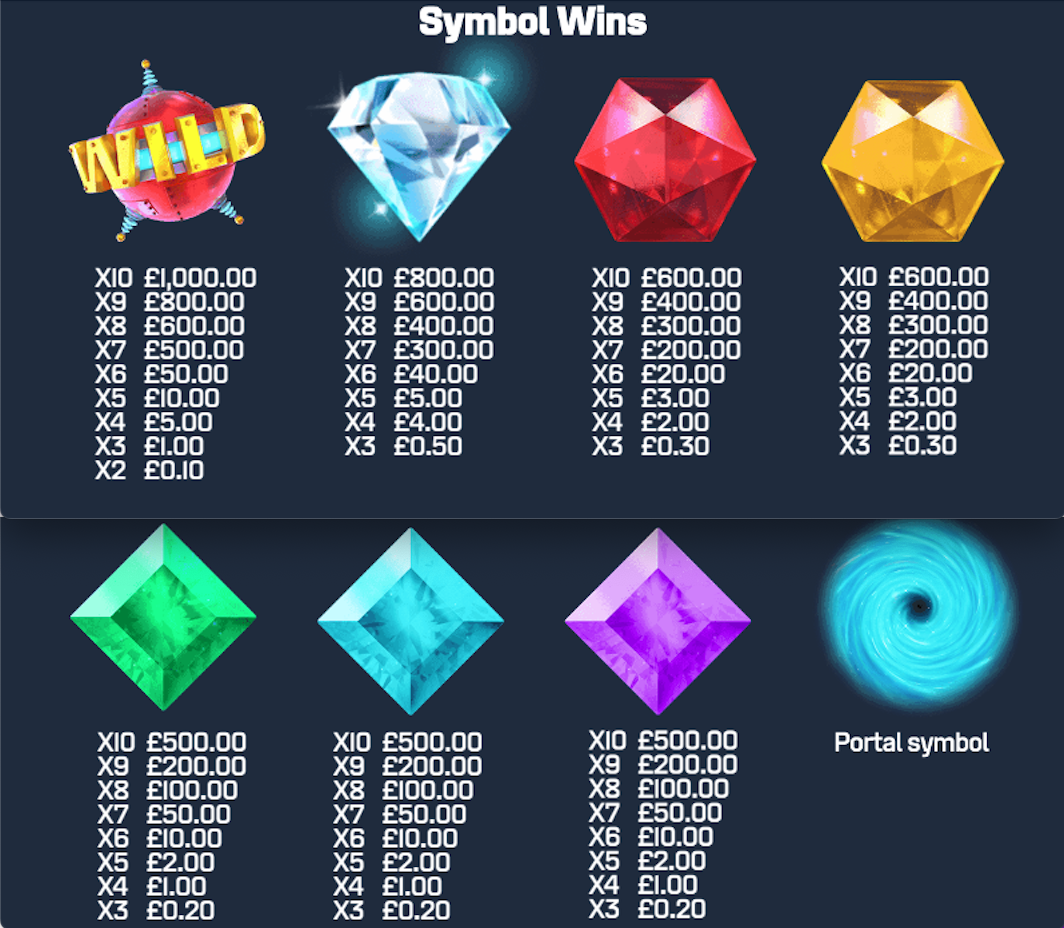 A trip to outer space in search of prize-giving crystals await those players keen to try out this science fiction-themed online slot from Golden Rock Studios – it’s called 6 Jewels and t coms with a clever gameplay mechanic plus free spins and multiple reel modifiers.

6 Jewels plays out on the grid you can see above and 5 x 5 is the starting setup (more on that shortly) – the vast, sparkling vista of deep space forms the backdrop to the reels and we’re accompanied by a cute, blue alien in a red spaceship.

As you may have guessed the symbols in this slot are 6 jewels in purple, light blue, green, yellow, red and white; the little satellite is wild and the portal is the scatter symbol.

Wins are formed by landing at least three matching symbols or wilds in a row anywhere on the grid. If there are exactly three symbols they’ll be removed and replaced by a single wild; combos with more than three symbols will all be removed. Symbols from above will drop and fill the gaps but only those already on the reels – no new ones fall in.

A win will also unlock a new row at the bottom and subsequent wins can unlock a maximum of five more rows, meaning ten in total.

Each win is worth a certain number of points and collection those will fill up the meters on the right hand side:

The points will reset to zero when the spin ends.

Landing three portals anywhere in view will award eight free spins with one extra spin per additional portal; the portals will explode to cause a tumble and then the spins will begin. The modifiers are slightly enhanced during this round with some increased multiplier values.

More spins can be retriggered in the same way and if you can clear all symbols from the grid there’s a prize of 250x the stake waiting.