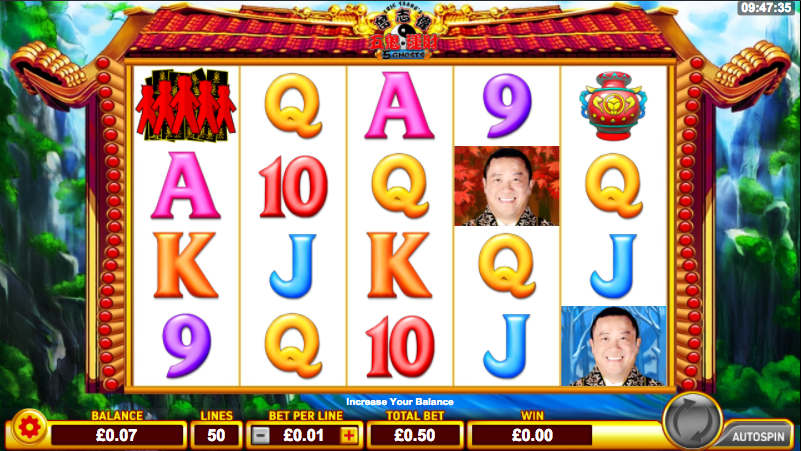 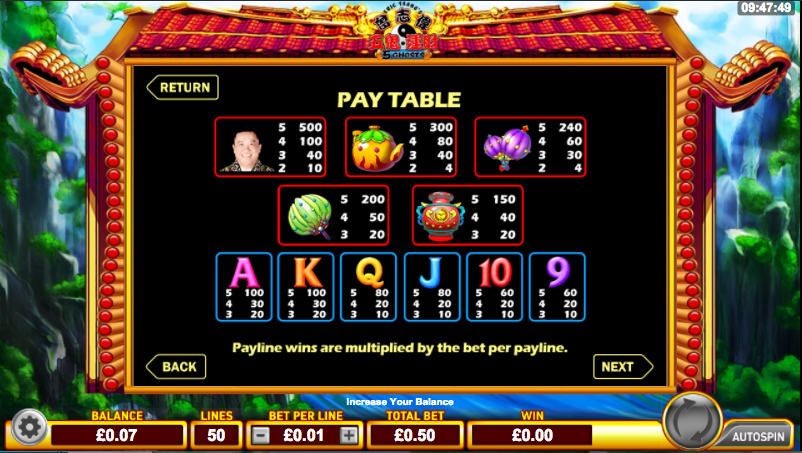 Eric Tsang is a film director from Hong Kong and he has his name attached to this online release from Aspect Gaming; it’s called 5 Ghosts and it’s similar to a slot released several years ago as an app for your device of choice – find out how it all works right here.

5 Ghosts is a five reel slot with four rows and fifty fixed paylines; those reels spin on the wall of a red-tiled temple which is floating unsupported against a backdrop of trees, mountains and waterfalls.

Eric himself is the most valuable symbol and worth 500x your line stake but there’s also an ornate red vase, a green plant, an orange teapot thing and a pair of purple objects; 9, 10, J, Q, K and A make up the lower values.

The wild symbol is a yellow-fringed scroll which appears only on reels two, three, four and five; it will substitute for all others to help form matching combinations except for the 5 Ghosts scatter icon which is the key to the main feature.

This is triggered by landing three or more of the 5 Ghosts scatter symbols anywhere in view for which you will receive the following:

5 Ghosts is a fairly regulation slot from Aspect Gaming based on a familiar template but at least we get to find out who Eric Tsang is and what he does; there are plenty of free spins available for the luckier players and an RTP of 94.13%.