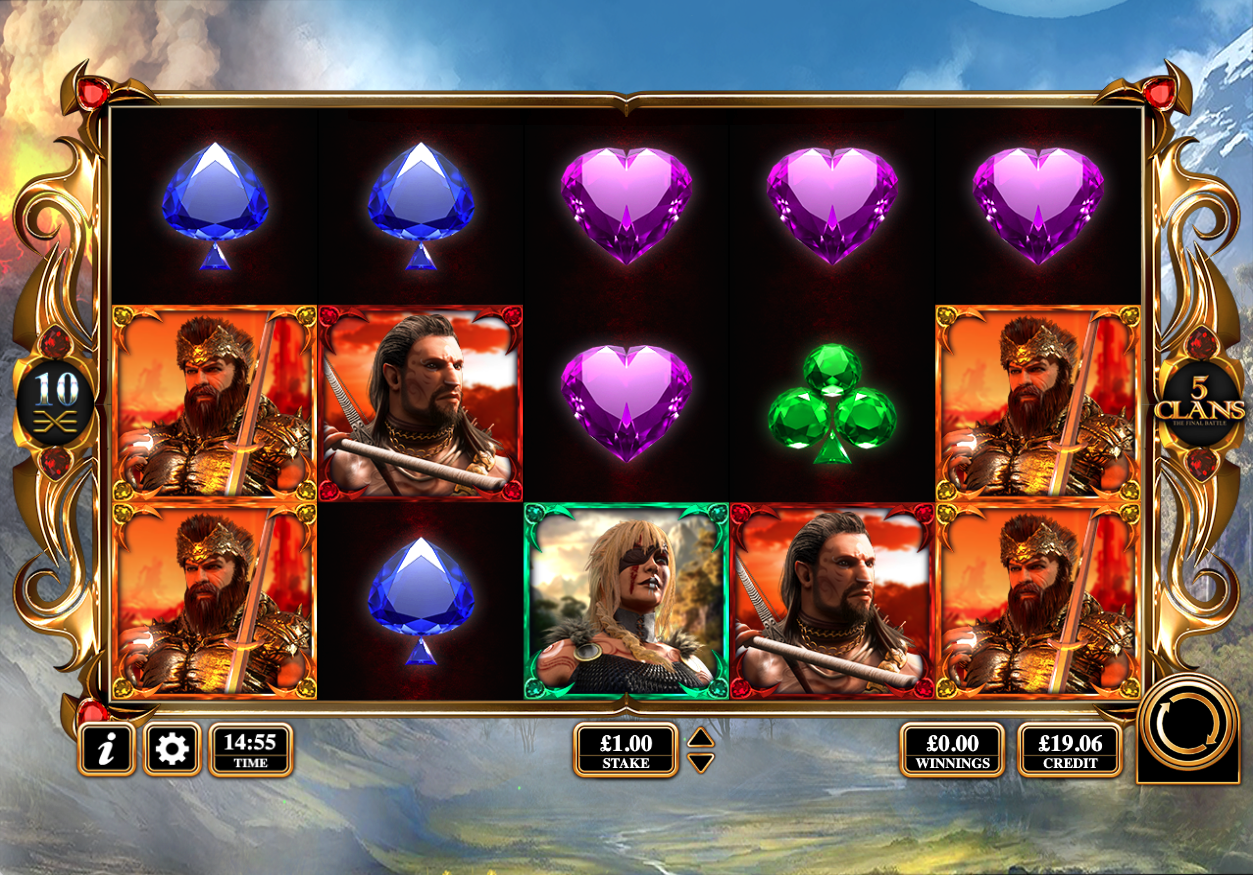 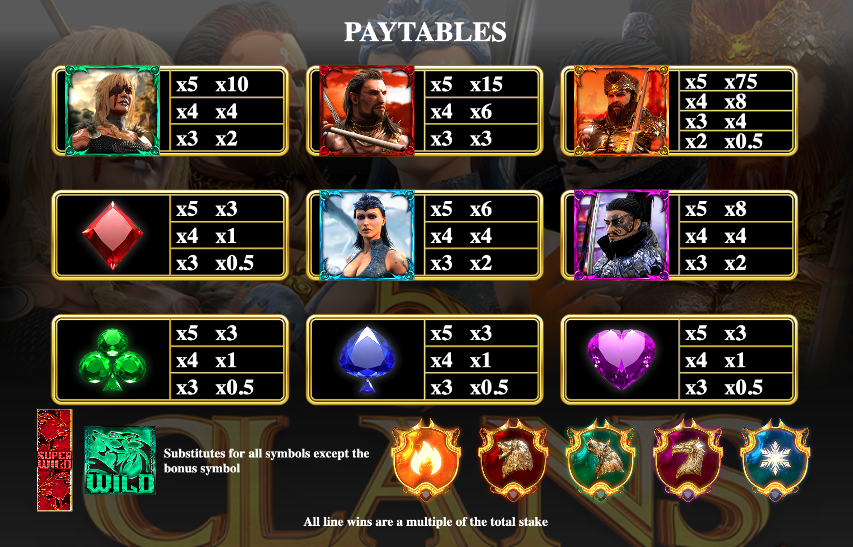 It seems to be unsaid but there’s a definite sense of Game of Thrones about this online slot from Reflex Gaming which tells the story of various groups battling it out for dominance in a fantasy setting; it’s called 5 Clans: The Final Battle and and this tale of a land which is absolutely not Westeros offers players free spins and five base game bonuses.

5 Clans: The Final Battle is set in a mountainous landscape of fertile valleys and icy, rocky peaks – there are five reels and ten fixed paylines to enjoy as the battle begins and a soundtrack worthy of a five-way scrap for the ages.

The five higher value symbols are the heads of the five families about to do battle and the lower values are playing symbols in various pretty colours; there’s a green regular wild, an an expanded red wild and five shields which correspond to the five clans.

These can hit on any base game spin and you’ll receive a certain bonus if one of the five shields lands on the correct reel/reels:

If you’ve managed to trigger this feature via the Fire Shield on reel five you’ll receive nine free spins initially but there are three more available whenever the shield lands on reel five again. During this round the Reel Bonuses will hit more frequently to enhance your winning potential.