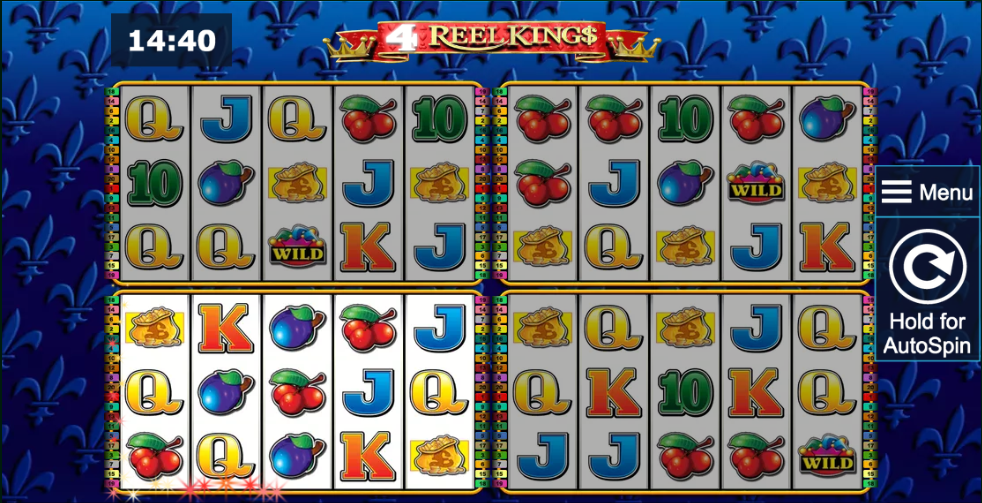 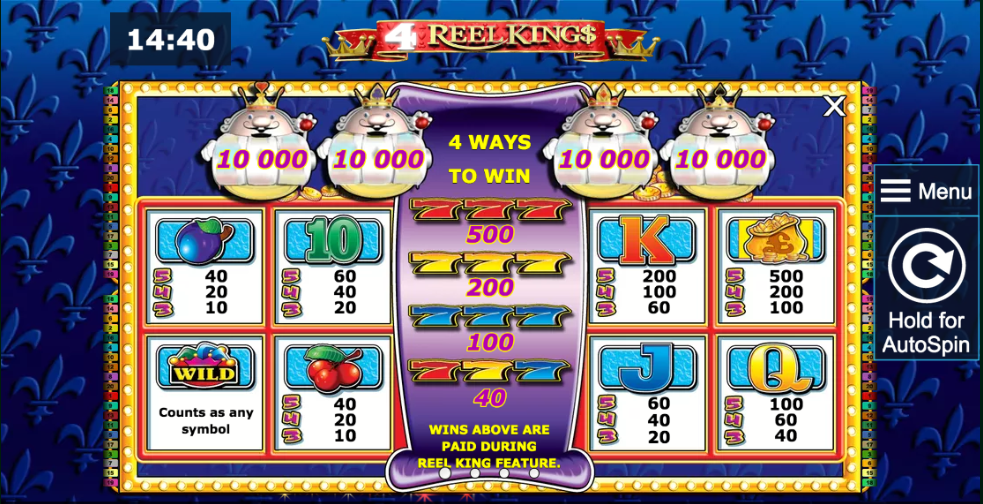 If you prefer your online slots gaming in multiples of four then perhaps it’s time to check out this colourful, fruity release from Novomatic; it’s called 4 Reel King$ and as you can see from the screenshot above the action takes place on four sets of reels rather than the standard one. – read about how it all works below.

4 Reel King$ is a five reel slot with three rows and twenty fixed paylines and we should say from the off that there’s nothing particularly different about the gameplay here – each reel is independent and unconnected from the others so if for example you select 20 Autoplays, the reels take it in turns to spin once to a total of twenty times.

The symbols are generally of a traditional nature and include plums, bags of gold and cherries along with the usual J, Q and K. Filling a reel set with bags of gold will pay the jackpot amount of 10000x your line stake.

The wild symbol is a jester’s hat which appear’s only on reels three, four and five and which will substitute for all others to form winning combos.

This can occur randomly after any spin and you will see up to five Reel King characters (little fat kings) appear which will award up to 500x your total stake.

Above the reels you will also notice the ‘4 Reel King$’ letters – if you can light up the ‘4 Reel’ part within four spins the Reel King feature will also be triggered.

4 Reel King$ is not particularly captivating but the four separate reels offer a little variation from the norm; it comes with an RTP of 94.00% so check it out if it looks like your cup of tea.