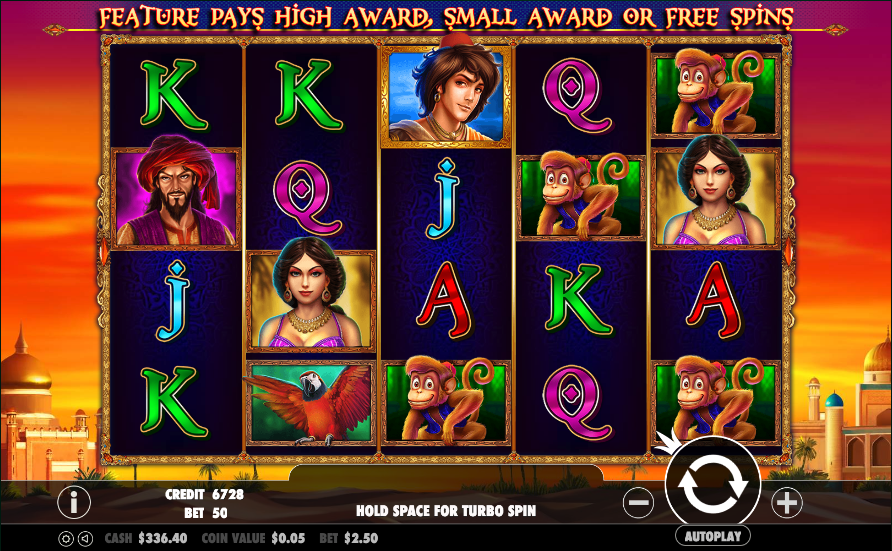 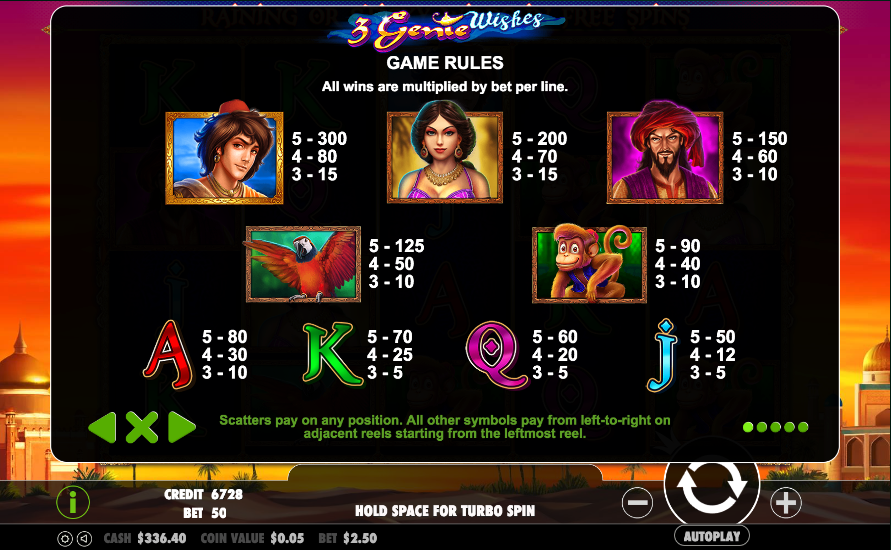 Let’s take a trip back in time to visit the Arabian peninsula to a period when polishing a dusty lamp could result in a visit from a benevolent being; this game is called 3 Genie Wishes, it’s developed by Pragmatic Play and it comes with a very interesting free spins round.

3 Genie Wishes is a five reel slot with four rows and fifty fixed paylines; those reels are bordered by a very ornate golden frame behind which we can see a sunset view of domes buildings, minarets and palm trees.

There are five theme related symbols and these include three characters from this story – the boy, the princess and the chap with the turban – a parrot and a monkey; J, Q, K and A represent the lower values.

The grinning genie is wild and he will substitute for all others to help form winning combos except for the magic lamp scatter symbol.

This is triggered by landing three of the magic lamp scatter symbols anywhere on reels one, three and five; you will now be asked to select one of the three objects shown which will determine the feature awarded:

There are no scatter symbols on the reels during this phase so it’s not possible to trigger any more spins.

3 Genie Wishes is a very playable slot with some nice clear graphics and a soundtrack which will transport you to the sand dunes and minarets of Arabia in the middle ages; there’s some welcome variety in the bonus feature and an RTP of 96.53%.