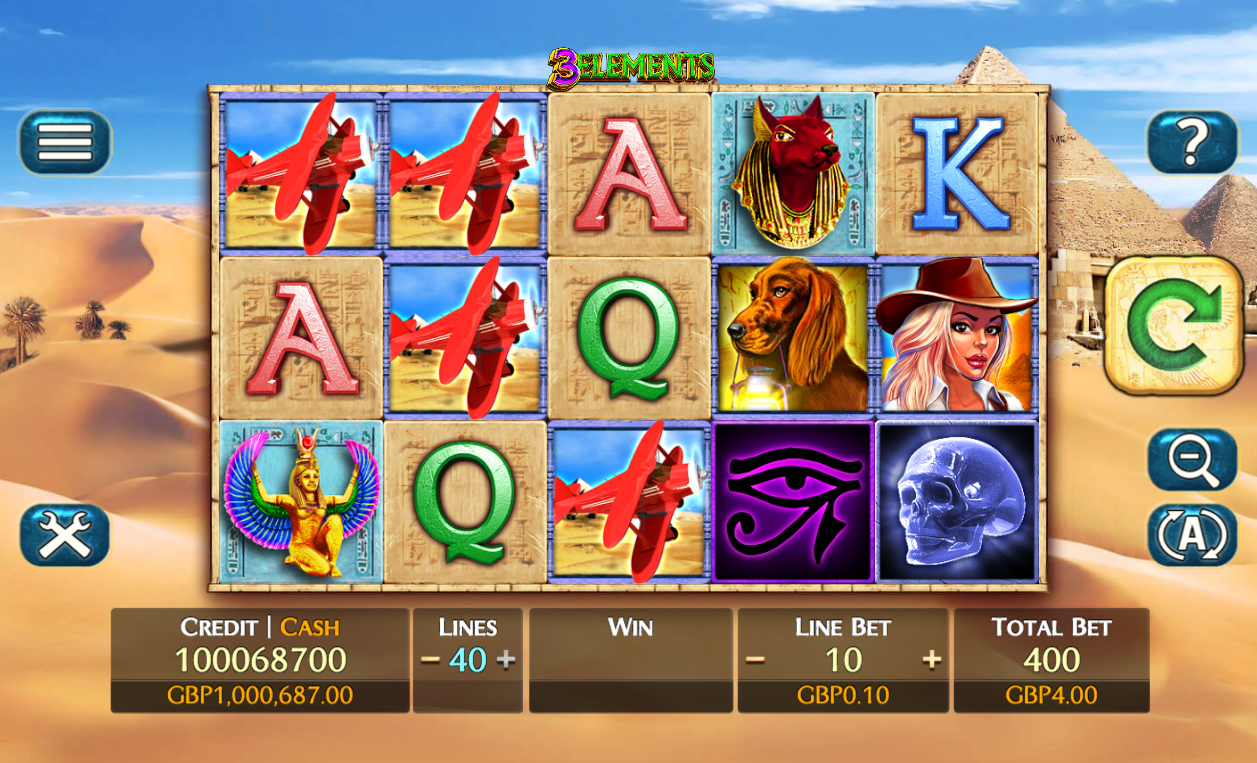 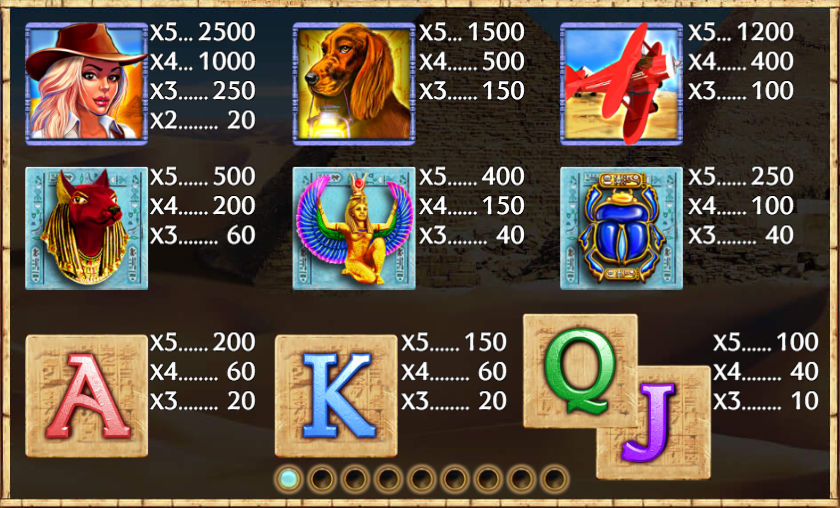 Lara Croft has a lot to answer for in terms of inspiring young women on adventures around the globe in search of danger and buried treasure; Glory is the name of this particular artefact hunter and she’s the star of 3 Elements, a feature-packed online slot developed by Fuga Gaming Technologies. All the essential details are below:

3 Elements is a five reel slot with three rows and up to forty paylines; we’re clearly pillaging Egyptian tombs in this game and we know that because behind the reels we can see pyramids and an endless expanse of giant dunes.

The high value symbols are a familiar set of Egyptian icons including various god representations but there’s also our heroine Glory, her lamp-carrying dog and a red biplane which gives us a clue as to the era we are in. J, Q, K and A make up the lower values.

The purple Eye Of Ra symbol is wild, it only appears on reel three and it’s only effective sometimes but this is described in more detail below. The amulet parts and the crystal skulls are scatter symbols which activate various extra features.

When the Eye Of Ra appears on reel three it can swap positions with other symbols on the reels as long as winning combos can be formed when it does so.

This is triggered by landing three of the amulet parts on reels two, three and four; you now get to play a picking game in which you select from treasure chests to find three matching gems. The gems you match determine the size of the reward. Finding the single gold object awards all prizes.

Trigger this by landing three or more of the crystal skull symbols anywhere in view; those skulls now freeze in place for a random number of spins and they all become one of three colours:

You can use the ‘Gamble’ button to wager any win less than 25x your total bet; this is a simple red/black double up game but you’ll lose it all if you pick the empty box.

2 Elements is a very enjoyable gaming experience with lots of extra features and some stylish graphics; those features seem quite easy to trigger which is always a bonus.