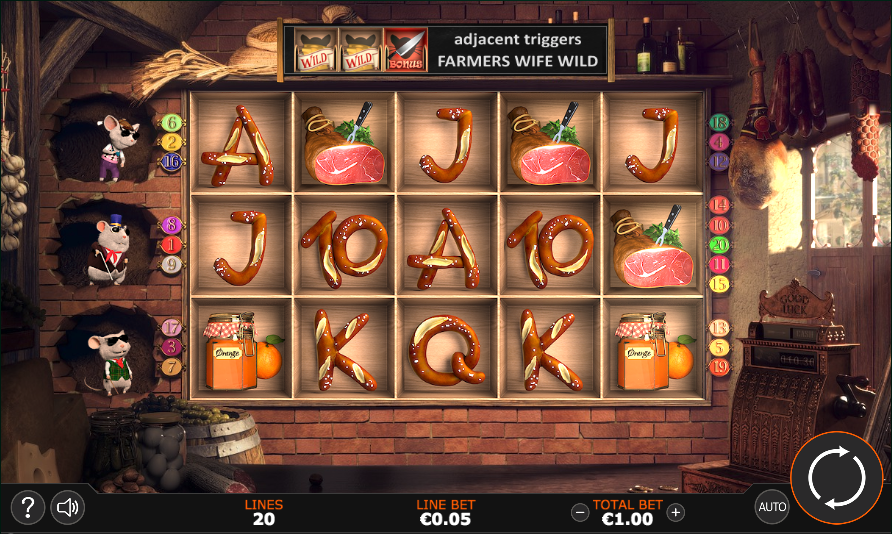 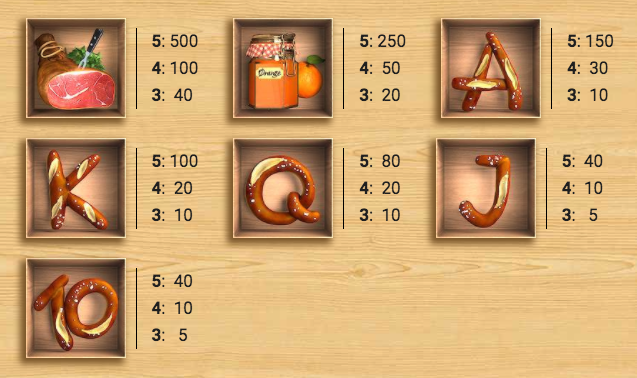 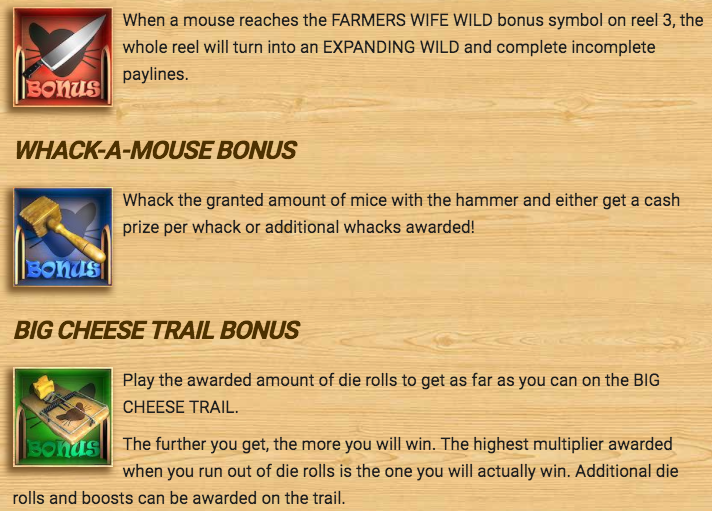 Dating back hundreds of years, 3 Blind Mice is a very short rhyme with apparently no real meaning but you can read more about its historical context here; for our purposes it’s now been turned into an online slot machine designed by Sunfox and you can learn all about it below.

3 Blind Mice is a five reel slot with three rows and twenty fixed paylines; all the action takes place in a shop presumably run by the farmers wife where produce hangs from the walls and ceilings and the mice occupy holes the brickwork on the left hand side.

A leg of ham and a jar of orange jam are the only two high value symbols while loafs of bread are formed in the shape of 10, J, Q, K and A for the lower values.

The cheese is wild only in the situation described in the Wild Bonus below and will substitute for all others to help form winning combos except for the knife, mallet and mousetrap bonus symbols.

This is where the three mice come in handy and if a cheese symbol lands on reel one a mouse will dart out and turn it wild; any more cheeses next to it on the same row will also turn wild and remain there for one more spin.

These can be awarded randomly on any spin in which no mice appear and you will be prompted to select from one of six mystery options:

The following three features can be triggered via the methods described above or by landing that combination on the reels directly:

3 Blind Mice may seem quite complex but it all comes together very neatly when you start spinning the reels; there’s plenty of bonus potential, some lovely graphics and an RTP of 96.16% so give it a whirl.