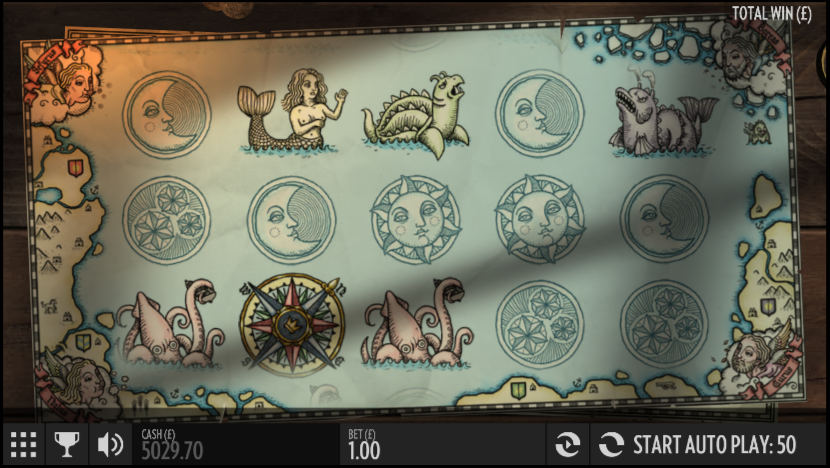 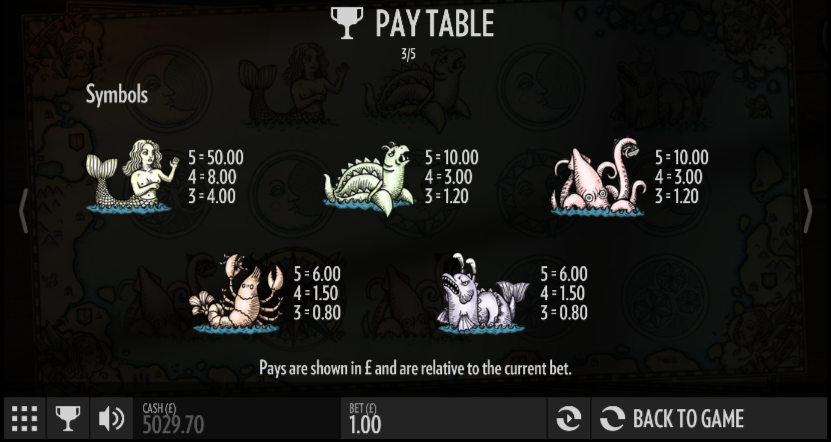 It’s time to take to the high seas and this particular adventure takes place almost six hundred years ago and fifty three years before Christopher Columbus set out on his attempt to reach Japan. It’s from Thunderkick Games and it’s called 1429 Uncharted Seas; it was an era in which adventurers set out expecting to encounter monsters and mermaids, many never to return. Keep reading to find out more.

1429 is a five reel slot with twenty five fixed paylines and, like many Thunderkick games, those reels are cleverly designed. In this case the symbols are markings on a map; almost crude drawings of various sea creatures are surrounded by roughly-sketched land. Lighter patches move slowly across the reels, giving the impression of a slowly moving ship.

All the symbols looks as if they belong on this ancient map and include a mermaid, a turtle, a squid, a lobster and a freaky fish along with sun, moon and star icons.

The wild symbol is the ship on which we are travelling and the scatter is the compass which activates the feature.

The stacked wild is worth a mention here; it appears only on reels two, three and four but when it lands a huge monster will emerge from the water, stretching to cover all reels and giving you more opportunities for winning combos.

The compass symbol is the key here and you will need to land three or more to receive the following rewards:

Landing the compass again will grant you five more spins up to a maximum of fifty. Therefore if you get fifty spins by landing five triggering compasses, more compasses will not give you extra spins.

You can see all this in the video above and you will also see the picture of the ship heading towards peril before the spins then emerging into the sunshine afterwards.

1429 might not have the creativity of Birds On A Wire or Fruit Warp but it’s well worth checking out. The design of the game is great and with an RTP of 98.6%, give it a go.