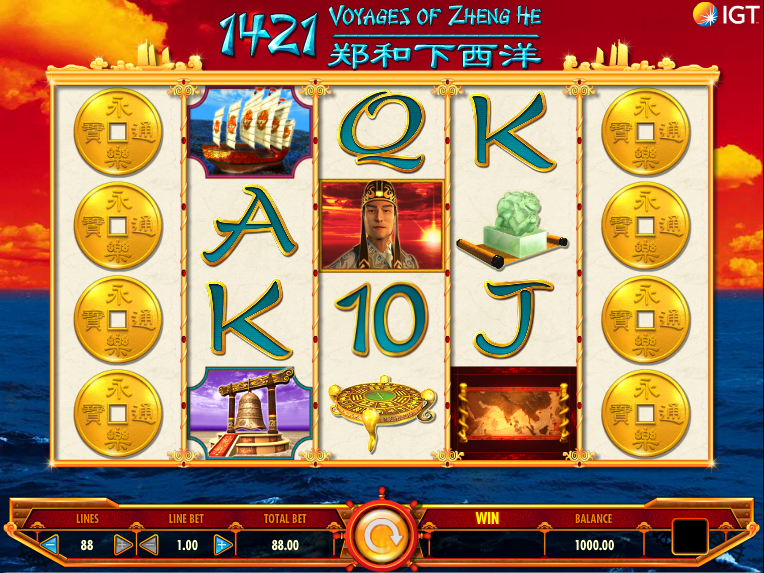 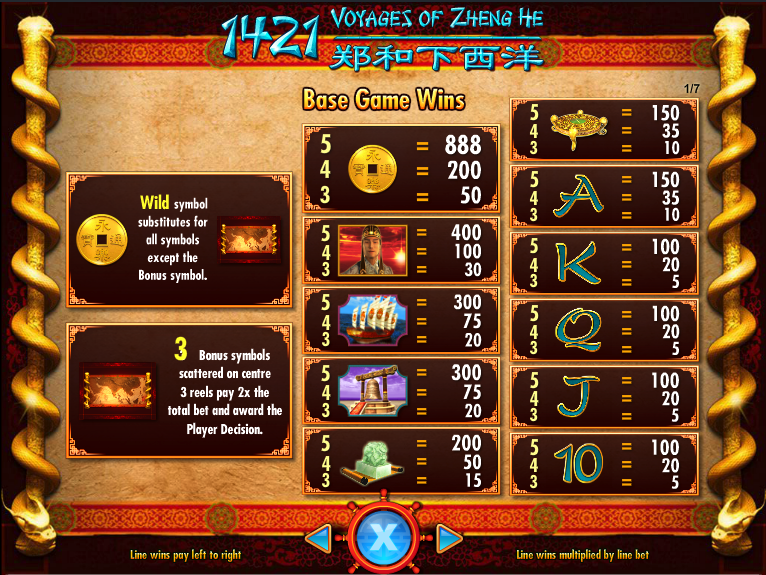 As all online slots fans will already know, Zheng He was the legendary Chinese naval commander who undertook many voyages of exploration and trade in the fifteenth century; he would no doubt be delighted to find out that there is now a game designed by IGT in his honour – it’s called 1421 Voyages of Zheng He and you can read all about it below.

1421 Voyages of Zheng He is a five reel slot with four rows an up to 88 paylines; look closely at the top of those reels and you can just spot a golden silhouette of Zheng He’s ships and in the background there’s a calm sea under a red sky.

There are five high value symbols including Zheng He, his ship, a huge bell, a jade figurine and a golden dish; 10, J, Q, K and A represent the lower values.

The Chinese dollar is the wild symbol, it appears in stacks and it will replace all others in a winning combination except the scatter – Zheng He’s map of the known world.

The bonus game is triggered by landing three of the map scatter symbols anywhere on reels two, three and four; you will now get to pick one of four games as follows:

The spins can be retriggered and you will get to choose a different set of spins.multipliers if you so wish.

We always like a slot with some basis in historical reality so 1421 Voyages of Zheng He is off to a good start; admittedly the graphics aren’t state of the art but there are some nice bonus features and an appropriate oriental soundtrack – the RTP varies between 92.10% to 96.04%.