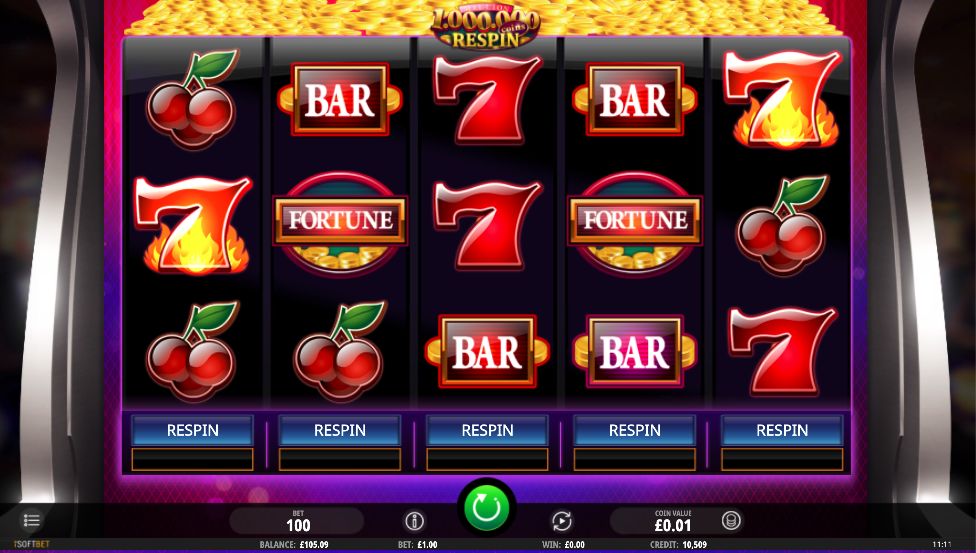 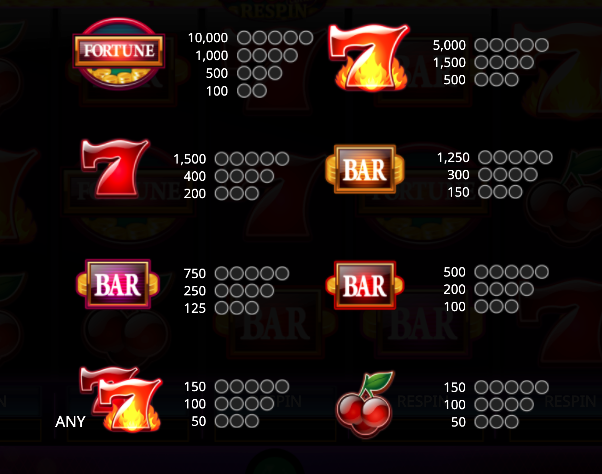 If the chances of winning £1m just by spinning the reels of an online slot machine seem  pretty remote then that’s because they are; however here we have a game which at least holds out that possibility – it’s called 1,000,000 Coins Respin, it’s developed by iSoftBet and it also offers players the chance to respin individual reels.

1,000,000 Coins Respin is a five reel slot with three rows and twenty fixed paylines; there’s a classic design to this game which looks and sounds like a physical machine.

The higher value symbols are all recognisable, traditional and include the Fortune logo, red sevens, fiery red sevens, cherries, bars with different piles of coins behind and then single, double, and triple bars. The latter will pay for any three mixed on a payline.

The ‘Wild’ is wild and it will replace all standard symbols to create winning combinations; the special symbols are the ’10’, ‘0’ and ’00’.

After any spin you’ll notice that the boxes below each reel display a cash amount – this is what it costs to spin that particular reel with the hope of landing a win there. The cost is proportional to your bet and the size of any potential prize.

There aren’t many bells and whistles in 1,000,000 Coins Respin in the design or gameplay but it’s the potential of that giant win which should tempt players to give this slot a try; the option to respin individual reels is a nice touch also.