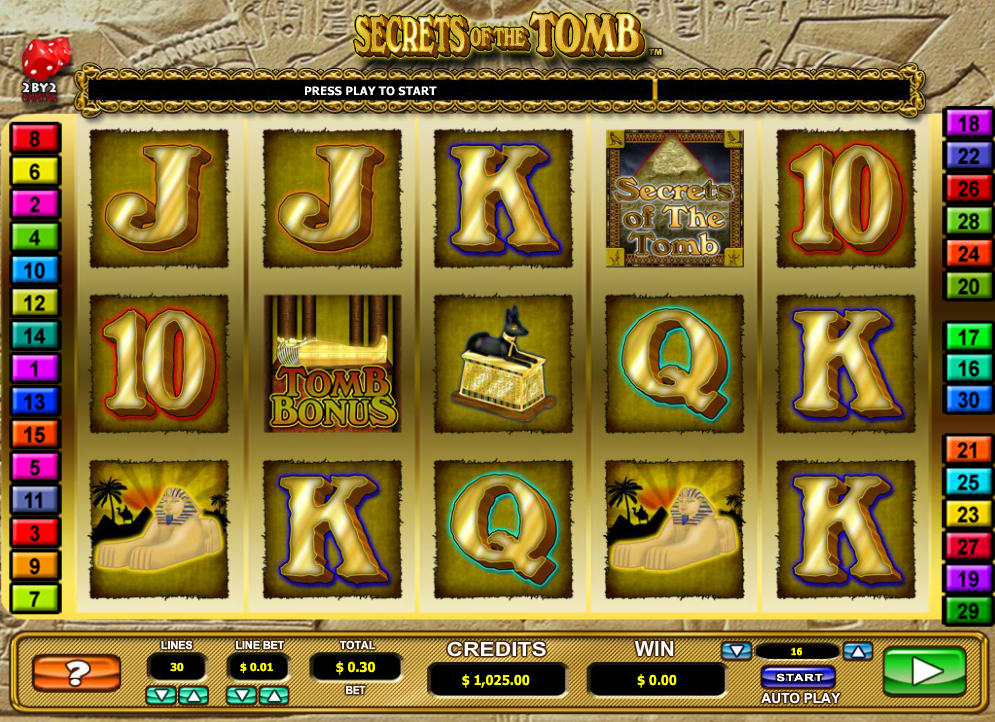 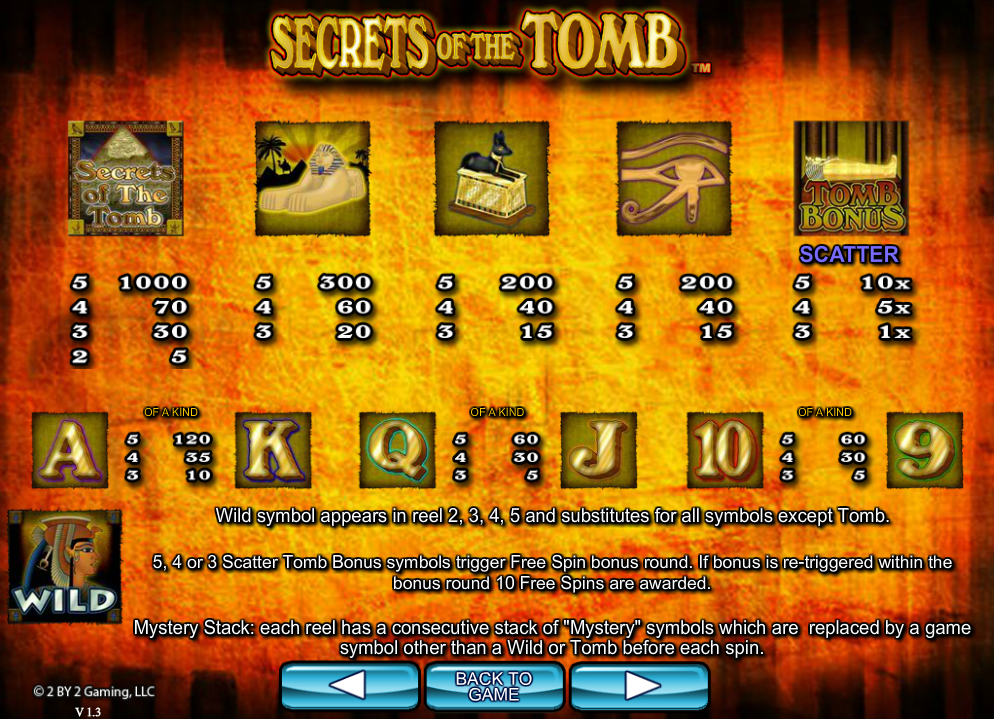 The sand and the temples of Egypt are a regular virtual destination for fans of online slot machines but as long as they are of a high quality we’re quite happy to check out one more; this one’s developed by 2By2 Gaming and it’s called Secrets of the Tomb. It includes a two part bonus feature and you can read all about it below.

Secrets of the Tomb is a five reel slot with three rows and up to thirty paylines and design is a simple but pleasing one and those reels spin against a backdrop of a large slab covered in various hieroglyphics.

There are four theme-related symbols including the game’s logo, the sphinx, the cat god Bastet and the Eye of Ra; the lower values are the standard 9, 10, J, Q, K and A. On each spin one of these symbols will be randomly picked to appear stacked on the reels.

The wild symbol is a profile of a pharaoh which appears only on reels two, three, four and five and substitutes for all others except the tomb bonus icon.

This is triggered by landing at least three of the Tomb Bonus symbols anywhere in view and initially you will be prompted to select the same number of tombs as triggering symbols. Each will reveal a number of free spins which are then totalled.

The free spins will then begin and during this round all wins will be multiplied by 2x; additionally those random symbol stacks will be longer and landing three more Tomb Bonus icons will award ten extra spins.

Secrets of the Tomb is certainly a playable enough slot with a nice bonus feature; it perhaps lacks a little something when compared to more state-of-the-art releases but it’s worth checking out nonetheless.