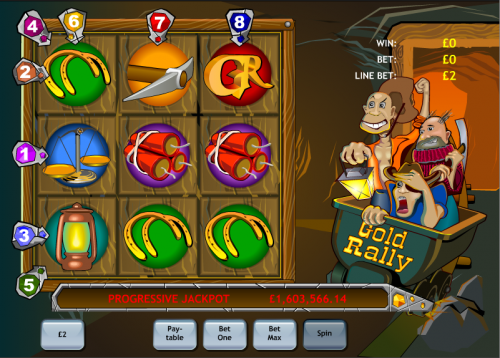 Gold Rally is one of the most consistently popular three reel slots out there; it’s funny, fast-moving and unlike most three reels slots it has a short bonus game.  Best of all though it’s part of Playtech’s progressive jackpot network and the main prize is approaching €3 million.  That’s a life changing amount of money for pretty much anyone so now’s the time to invest a little cash and spin the reels.

The jackpot is won in Gold Rally by landing the scales scatter symbol on every place on the reels; it’s hard but not of course impossible and someone will eventually win it.  Give yourself a chance to be that person by playing this slot at one of the following casinos.