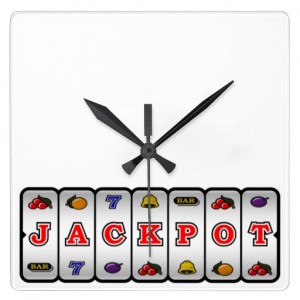 Lots of myths and urban legends surround slots, pokies and fruit machines and no doubt you’ve come across many of them if you’re a dedicated slots fan.  Do you remember when you watched someone in the pub put a tenner into the fruit machines without winning and then your mate would be convinced that a big win would be imminent despite all evidence to the contrary.

Playing online slots has it’s own share of half-truths and there are plenty of places online where those who claim to be insiders will offer spurious tips and tricks to win money.  The question of whether or not there’s a premium time to play online slots is an interesting one and the claim seems to based on a belief that at times of the day when more people are playing, the slots will pay out more.

This is a load of nonsense of course – the theoretical return to the player remains the same however many people are online or whatever time of the day it is.  However it might have some basis in reality in that other online casino games may well offer more to the player at specific times of day.

For example, online poker players have long been aware that there is money to be made late on Friday and Saturday nights as you play against people who have staggered home from the pub and fancy a few hands.  The best poker players will also play in the biggest online tournaments and those are timed for when there are maximum numbers of players online.  That time will generally depend on where the majority of that website’s players are based.

None of this applies to online slots though – that pastime is purely software driven, pitting you against the machine; poker involves competition with other players and that’s why timing is important.

However, there are times when it can pay to play certain slots and that’s because online casinos regularly offer bonuses on specific days for certain games.  You might be refunded some of your losses or given an extra percentage of your winnings for playing one slot in particular.

We should also mention online slots tournaments which pit players against each other on certain machines over specific amounts of time. Winners will usually be the players with the highest percentage return, regardless of the size of the stake.  So if you want to take part in a tournament the best time to play that slot is when the casino tells you to.