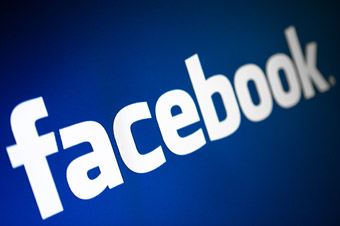 Facebook seems to be dipping it’s toe carefully into the waters of real money wagering; about twelve months ago Gamesys became the first company to enable players to bet on their slots and bingo apps with real money.  Up until this point the games on the social networking platform were played just for fun – perhaps as a taster of the real money option available at an external website.

Now a year down the line, Facebook and Paddy Power have teamed up to introduce an app which will allow players to gamble without leaving the platform.  It’s called Paddy Power In-Play! and will allow Facebook users to bet on various sports while remaining within the Facebook platform.

In-Play! is currently available only in the UK and only on a trial basis for Facebook desktop users; the UK is a good test bed for a project such as this because of it’s passion for sports betting, legal tolerance of gambling and a well-regulated gaming environment.  Paddy Power has been at the forefront of the use of social media to promote their product and this appears to be a pretty obvious fit.

When the question of real money gambling on Facebook raises it’s head it’s quickly followed by how the games will be regulated.  Currently there are strict regulations surrounding the issue and adverts for real money slots and bingo are not visible to anyone under the age of 18.  Sports betting will work the same way so on a Facebook users 18th birthday they may well begin to see ads for sports betting, whether that’s for Paddy Power or one of the other online casinos who will surely be watching this experiment carefully.

Facebook needs to tread a careful path when it comes to online gaming; it wants the extra revenue that real money wagering will generate but it also won’t want to fall foul of the myriad different regulatory authorities around the world.