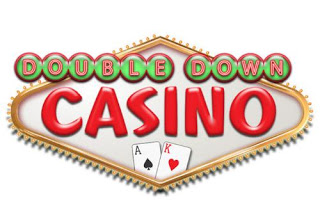 Eighteen months after the purchase of DoubleDown Casino by IGT, it’s starting to look as if this could have been an astute financial move, despite the reservations expressed by a number of economic experts at the time.

International Game Technology (IGT) is one of the global leaders in the design and development of online and offline slots and in January 2012 it completed the acquisition of online social gaming company DoubleDown Casino for a basic price of $250 million plus extras which could eventually reach $500 million.  DoubleDown is the world’s largest virtual casino with more than 5 million monthly users and their games including slots, poker, bingo and blackjack are available to play for free on social media platforms.  Revenue comes from in-game purchases.

IGT made the acquisition to provide it with a leading position in social gaming but the decision was highly criticised at the time – a view which appeared to be confirmed when Zynga bought OMGPOP for $200 million only to shut it 12 months later.

However it now appears that IGT’s decision to go ahead with the purchase was a good one and some of those financial analysts are changing their tune a little.  DoubleDown contributed $61.4 million to IGT’s $579 million second quarter revenue and importantly, DoubleDown is continuing to grow it’s user base and also the amount spent per active user. IGT has been converting it’s range  of slots titles for use on DoubleDown’s platform.

Compared to the same quarter in 2012, in-game purchases more than doubled and spending by the average user grew by 60%.  IGT needs this acquisition to work; although it has a considerable online gaming presence around the world, offline slot machine revenues are dropping in North America; the last twelve months have seen significant revenues from the provision of lottery terminals in Illinois and Canada but that won’t last forever.

IGT’s ultimate aim is to continue to develop software that can be used across all online and offline platforms and is looking forward to making the most of loosened gaming regulations in various US states in the coming months.