The whole world appears to love playing slot machines whether they’re sited in casino, bars, pubs or online where you can play from the comfort of your own home.  The basic operation of a slot machine is of course very simple – you put some money in, spin the reels and wait to see of the resulting combination of symbols will prove profitable.

Around the globe though these machines have different names and differ in subtle and not-so-subtle ways; we tend to associate the word ‘slots’ with the United States and ‘fruit machines’ with the UK although the games played in UK casinos are also referred to as ‘slots’.  ‘Pokies’ is the word used in Australia.

Often the name change came about because of small changes in design but also because of differences in local laws; this was particularly the case with the fruit machine sin the UK and you can read more about that here.  With the case of Pokies though, there really is no difference between the machines you will find in Australian pubs, clubs and casinos and those you will play on the gaming floors of Las Vegas. 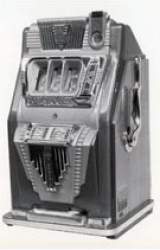 The first mechanical slots began to appear in Australia in the 1920s but it wasn’t until the 1950s that Joe Heywood developed the first home-grown slot called The Clubman.  In 1956 New South Wales, the most populous state, began to regulate slots to licensed premises only but this doesn’t appear to have dimmed enthusiasm for the games.

The name ‘Pokies’ is derived from the term ‘Poker Machines’ which has been contracted as you might imagine to a more usable term.  It seems to have come into popular usage after the introduction of video slots into Australian premises which featured playing card symbols and required the player to make combinations of symbols that related to poker hands.  Of course it now refers to every slot machine in Australia whether they feature cards, fruit or any other symbols.