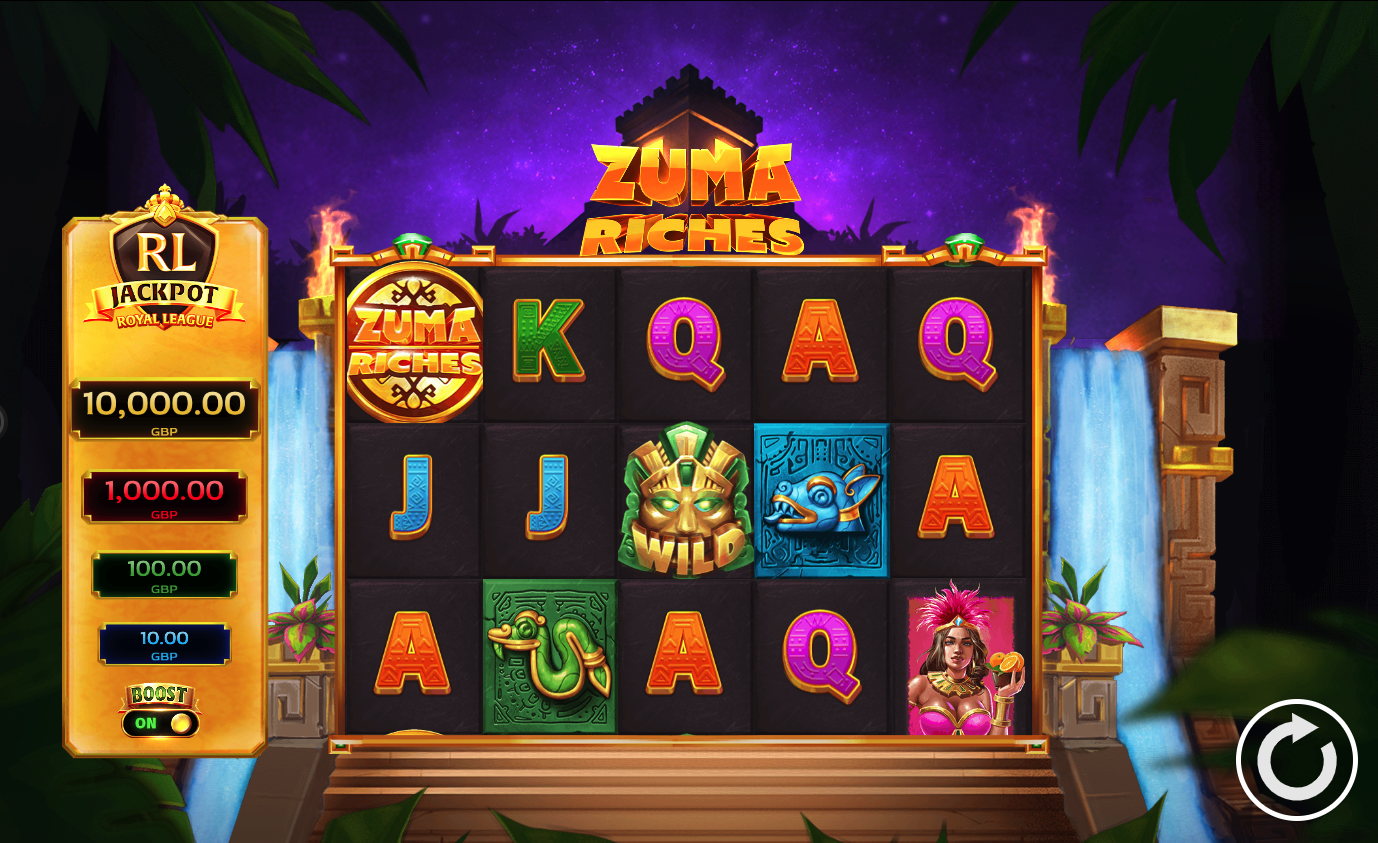 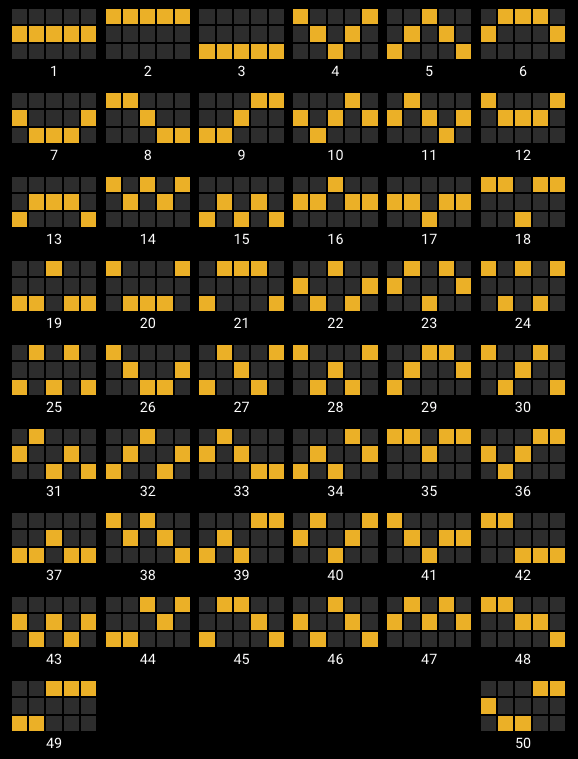 The steamy Amazon jungle is the atmospheric setting for this online slot from Microgaming/Gong Gaming which comes with the title of Zuma Riches; Zuma refers to the ninth Aztec emperor Montezuma II and here we hope he’ll do his best to reward us with coin multiplier wins, free spins and the Royal League Feature.

Zuma Riches takes place in front of an Aztec temple lit by flames and bordered by waterfalls – the five reels and fifty paylines are also illuminated by the purple glow emanating from the highest point on that sacred building.

The high value symbols include three stylised animal icons along with girls in pink and green who will appear stacked on the reels; J, Q, K and A make up the lower values. The gold and green mask is wild and Montezuma himself is the scatter – there’s also a crown token and the Zuma Riches bonus symbols.

This is activated by landing Zuma Riches logos on reels one and five and six coins will float above the reels – just pick one to reveal a multiplier value. You can keep collecting from new sets of coins until you find ‘Collect’ at which point the round is over and the values are all applied to your stake.

This is a triggered at random and a grid with 49 tiles will appear; two dice will roll which determine direction and steps taken and you’ll move around the grid in this manner, landing on one of four coloured tiles which correspond to the four jackpots shown above the reels and winning prizes. Landing on ‘Collect’ will end the round.

All crown tokens which land will be collected in the Token Bar and once one hundred have been obtained this feature is triggered; pick from one of the three options to earn 8, 12 or 16. Note that these spins aren’t free but while they’re active there’s twice the chance of triggering the Royal League.

This is an optional extra bet which will double the stake but increase the chance of triggering the Royal League by 10x.