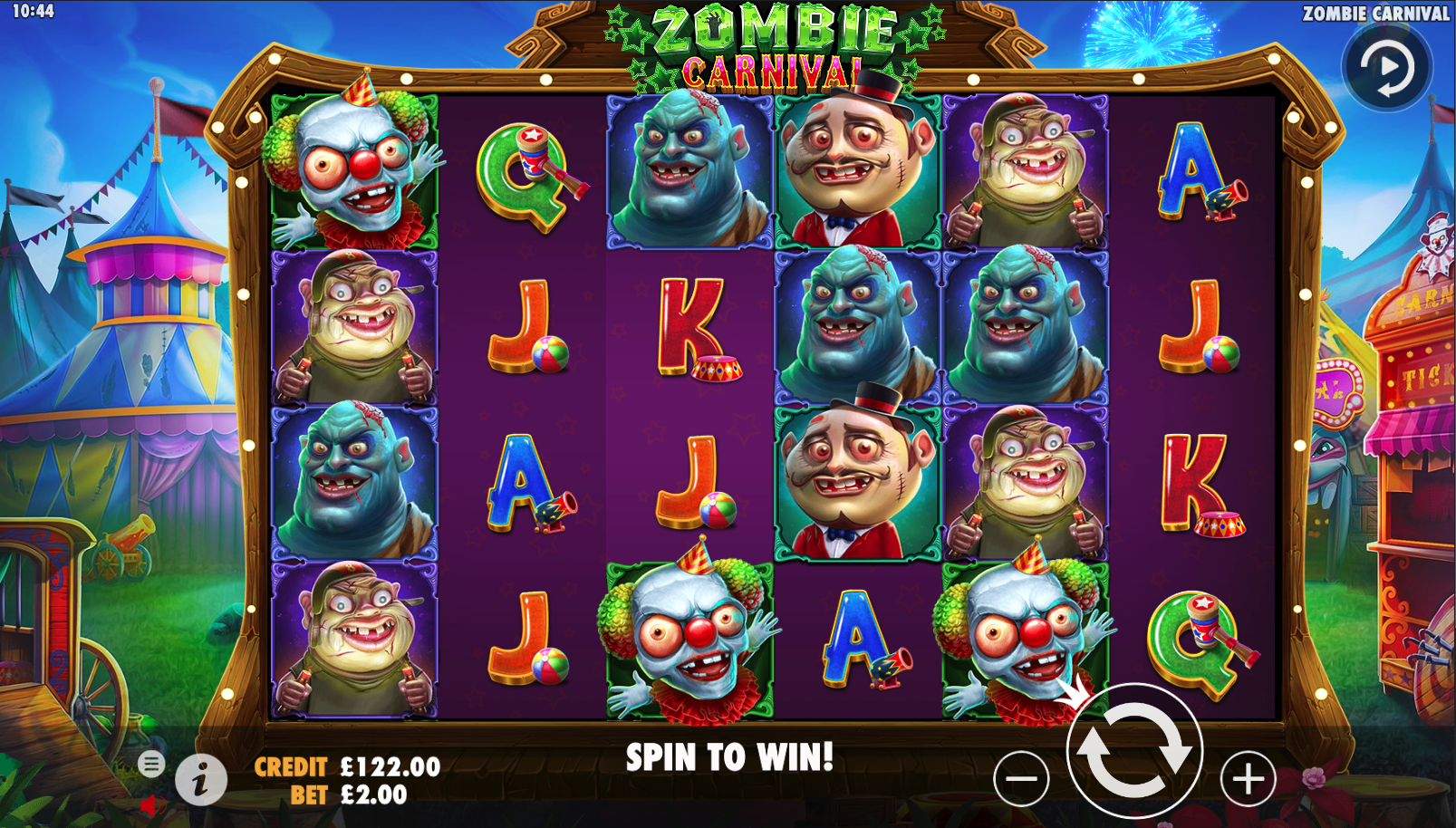 In a world where the undead have been accepted into normal society it only seems fair that they should have their own travelling entertainment show and Zombie carnival is an online slot which brings this narrative to life – it’s developed by Pragmatic Play and the main feature is a free spins round in which eating brains awards extra games!

Zombie Carnival is a six reel slot with 4096 ways to win and the backdrop to those reels are the booths and wheeled stalls of a traditional travelling fairground; fireworks explode in the distance as bunches of balloons escape into the blue sky.

Four circus zombies – the clown, the ringmaster, the strongman and the undead cannonball – represent the higher values while J, Q, K and A make up the lower values. The bear is wild (appearing only in the free spins) and the special symbols are the gift box and the brain.

Multiple gift boxes can land on any spin and they’ll all transform into matching symbols, hopefully helping out with a win.

You’ll only need to land two scattered brains to trigger six free spins and during this round the wild bear makes an appearance – in fact those two brains turn into wilds which remain on the reels for the whole feature. Every time a brain lands the closest wild will move to that position, eat the brain and increase its multiplier by 1x – it will also add one extra spin.