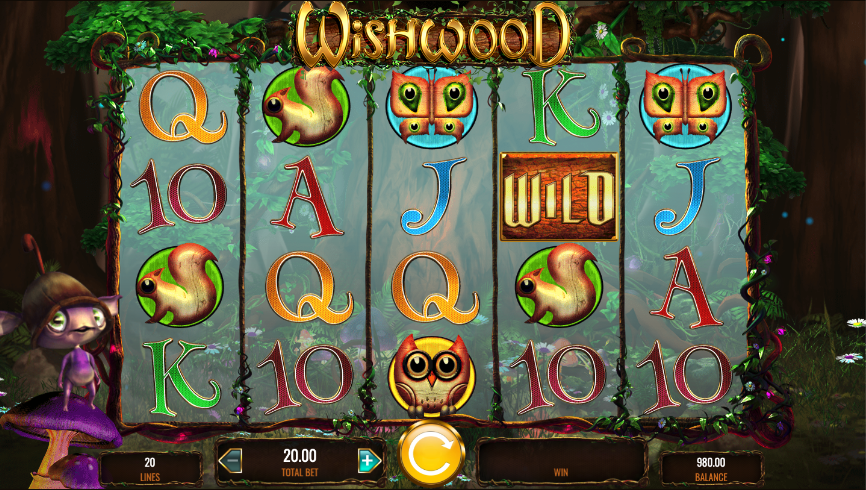 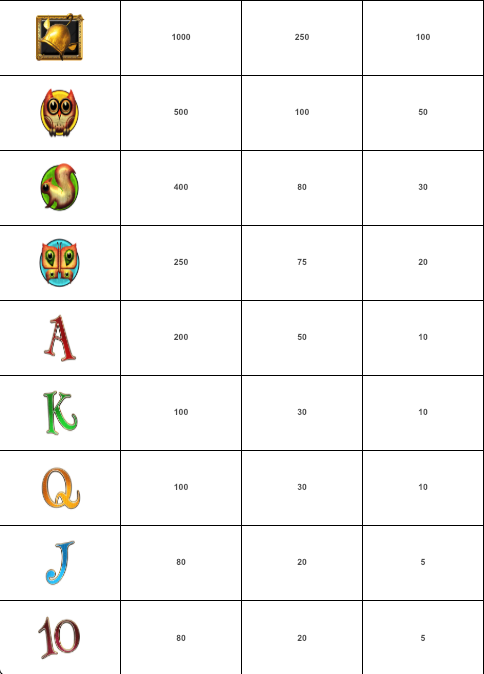 If you go down to the woods today then you may well come across Poa – he’s the forest spirit here to offer players a multitude of bonus features in Wishwood, this fantasy-themed online slot from IGT; keep reading to find out how to climb the ‘luckiest tree in the forest’.

Wishwood is a five reel slot with four rows and twenty fixed paylines; a twinkling soundtrack keeps the gameplay buzzing along which takes place on a set of opaque reels through which we have a charming woodland view. Poa stands ready to help on the left hand side.

The high value symbols include Poa’s hat, an owl, a squirrel and a butterfly while the lower values are the standard 10, J, Q, K and A.

The wild is a big, gold ‘Wild’ which will replace all others to help form winning combos except for the ‘bonus’ symbol.

This can occur on any base game spin and you will see three wisps appear below the reels – pick one to reveal one of the following features:

On any base game spin a winning combo will lock in place and the reels will spin again; any new winning symbols will also lock and this process will continue until there are no more wins.

This is triggered via the Mystery Picker, with three bonus symbols on reels one, three and five or with Poa adding an extra bonus symbol if there are two on the reels; you’ll now get to spin a wooden wheel which will advance you up a tree until you land on a tick – the branch you’re on determines the bonus awarded (or, if you only climb two branches, an award of 10x the total bet):

Wishwood is a charming slot which combines bonus features and stylised animal symbols to create a very playable atmosphere; there’s always something happening and the soundtrack keeps things ticking along.