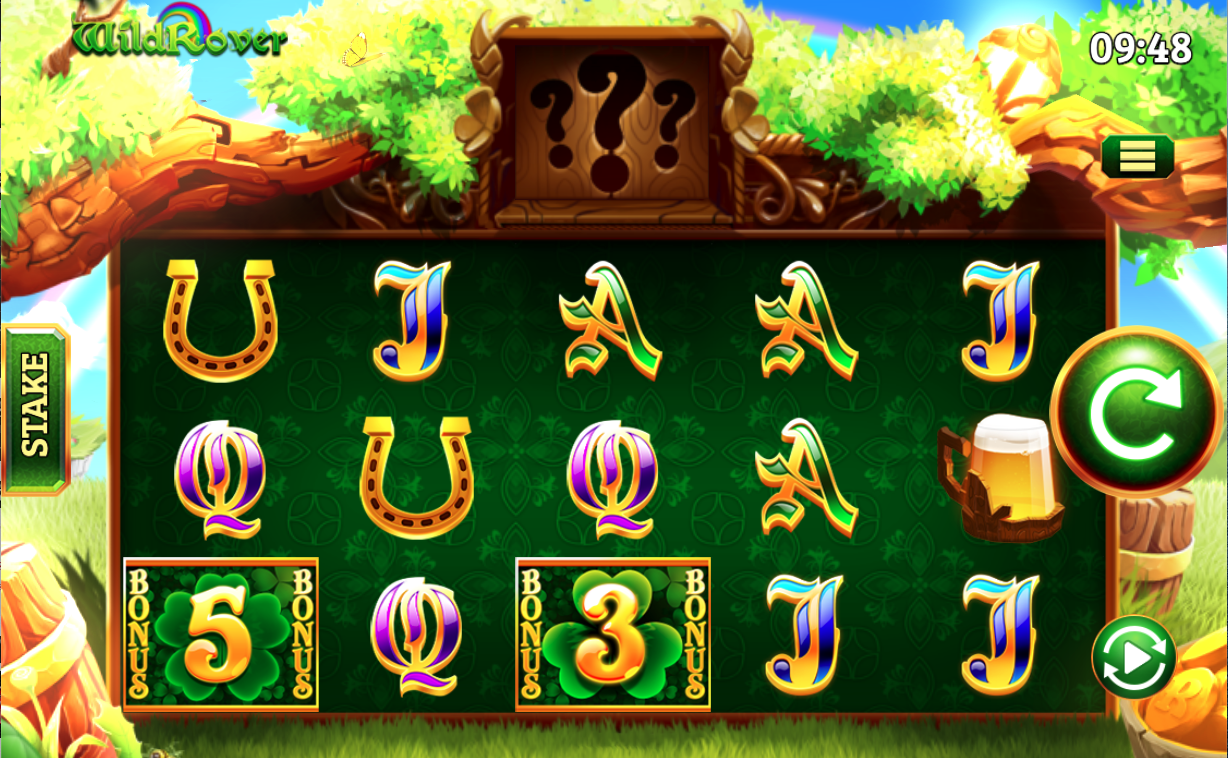 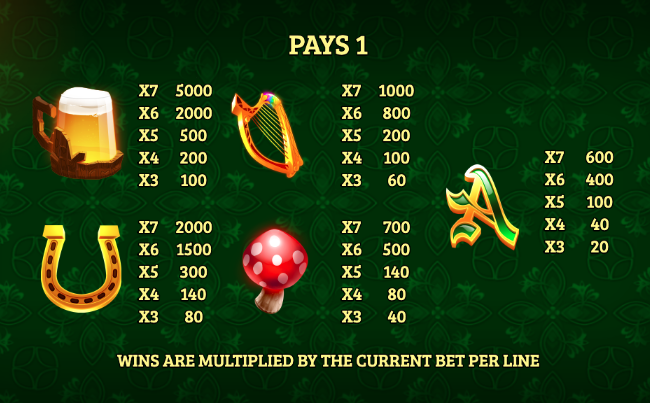 As online slots fans we always enjoy a trip to the Emerald Isle, especially if there’s chance to test the local brew and spin the reels; this time we can do it in the company of Wild Rover, a release from Gaming Realms/Slingo which offers players free spins and wild power-ups.

Wild Rover is a five reel slot with three rows and twenty fixed paylines; behind those reels tree branches sway slowly in the breeze under a sunny sky and your gameplay will be accompanied by some traditional music. Below the reels statements such ‘Wish You Were Eire’ and ‘Stout Of My League’ add some comedy value.

The four theme-related symbols include a pint of ale, a harp, a golden horseshoe and a toadstool; 10, J, Q, K and A represent the lower values.

The multicolour ‘Wild’ is wild and it will replace all standard symbols to help form winning matches; the clover and the multicolour question marks are the bonus symbols.

The question mark symbol is the Super Wild and when it lands on reel three it will reveal one of six possible power-ups in the space above:

Landing three of the clover symbols on reels one, three and five will award the total number of spins shown on those symbols – the maximum is fifteen. During this round the Super Wild feature is guaranteed to trigger on every spin.

Wild Rover is an inventive addition to the hordes of Irish-themed slots already out there – the Super Wilds are a particularly nice touch, as is the Irish music and bon mots below the reels.