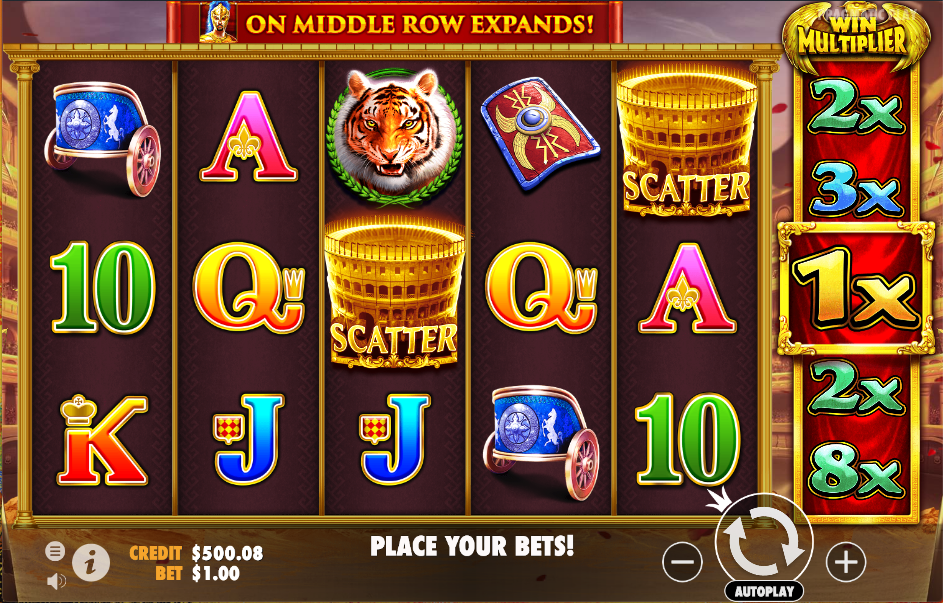 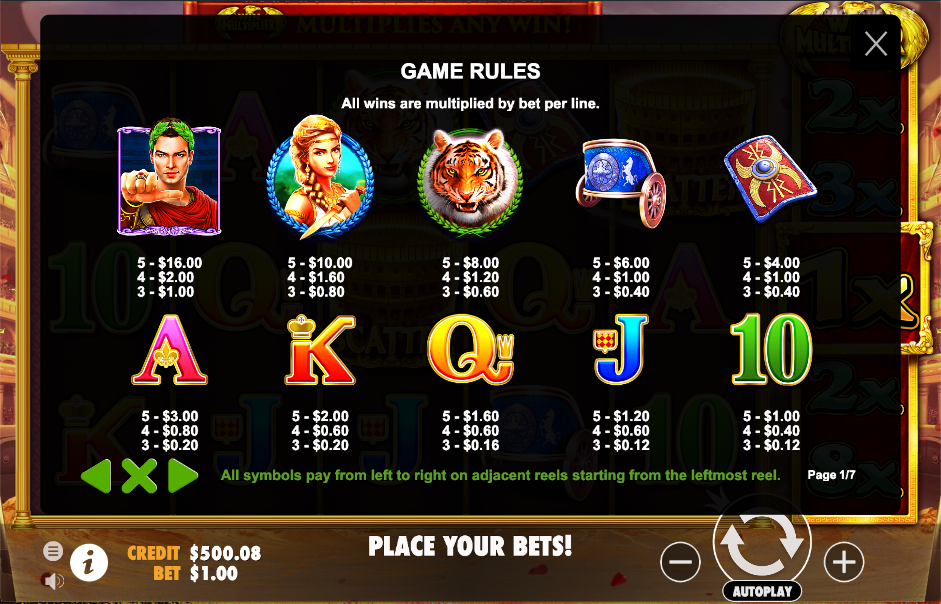 The sand and heat of the coliseum is the setting for this Roman-themed online slot from Pragmatic Play – it’s called Wild Gladiator and it offers players free spins, a Super Wild Bonus and a sixth reel to multiply any wins.

Wild Gladiator is a five reel slot with three rows and twenty five fixed paylines; gold columns support those reels which float against a backdrop of the arena while dramatic music accompanies your gameplay. The sixth reel spins a multiplier value which will be applied to any wins on that spin.

The theme-related symbols include the Emperor, his knife-wielding wife, a tiger, a chariot and a shield; 10, J, Q, K and a represent the lower values.

The gladiator is of course wild and he’ll replace all others to help form winning combinations except for the coliseum scatter symbol; he’ll also expand to fill all positions on his reel when he lands on the centre row.

The sixth reel also contains a Super Wild symbol and when it lands in the golden box will trigger this feature; one wild gladiator will be added to each reel and if it’s added on the middle row it will expand to fill all positions.

This is triggered by landing three of the coliseum scatter symbols anywhere on reels one, three and five; you’ll receive an initial ten free spins but more can be triggered in the same way. Both the sixth reel multipliers and the Super Wild Bonus are active during this round.

The Romans knew how to put on a show and with Wild Gladiator Pragmatic Play do too – there’s plenty going on here in terms of action and bonus features. Wins will be small but they are always subject to a multiplier value.