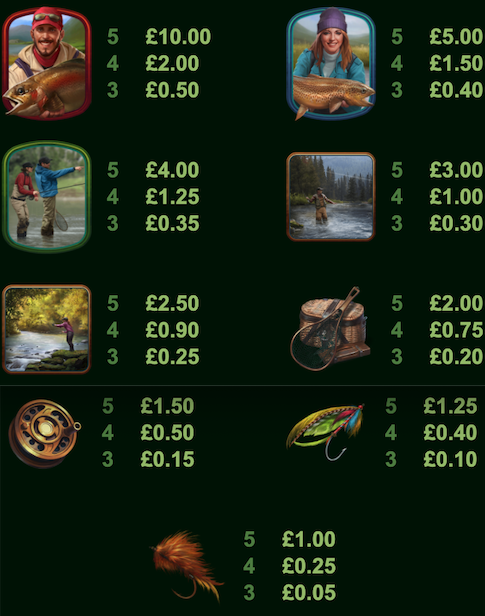 Some years ago Microgaming released an online slot called Wild Catch which we reviewed favourably – in conjunction with Stormcraft Studios they’ve now developed another game with the same name and this time it comes with Rolling Reels, free spins, jackpot prizes and base game features.

Wild Catch is a five reel slot with five rows and fifty fixed paylines; freshwater fishing is the theme of this game and the pleasant setting is a slow river flanked by trees with mountains looming in the background.

All the symbols are related to theme and include the our fisherfolk in various action poses, a basket/net, a fishing reel and two different floats; the Wild Catch logo is wild, it appears stacked on reels two, three and four in the base game and it will replace everything except the golden fish scatter to help form winning combos.

All winning symbols are removed after a winning combo and more will drop in from above – more wins can then be formed and the process continues until there are no more matches. Any wild symbols used during Rolling Reels are collected and the more you have, the better chance of randomly winning one of the jackpots displayed on the left hand side.

During the base game this can hit randomly and turn one of reels two, three and four completely wild for a guaranteed win; during any subsequent rolls the wild reel will remain in place.

Landing at least three of the golden fish scatter symbols anywhere in view will award the player a choice of one of the following options although the 10 and 5 spins options are only unlocked after five and ten bonus triggers respectively. 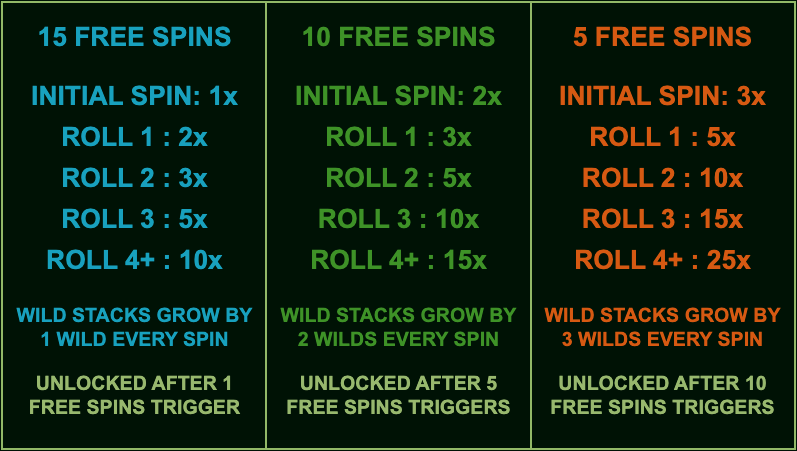 This round includes the Growing Wilds feature which sees any stacks of wild symbols growing after the initial spin.

Fishing could be described as quite a sedate pastime and Wild Catch is the antithesis of that – it’s fast-moving, action packed because of the Rolling Reels and full of extra features which should keep us returning for another spin – it’s very entertaining.