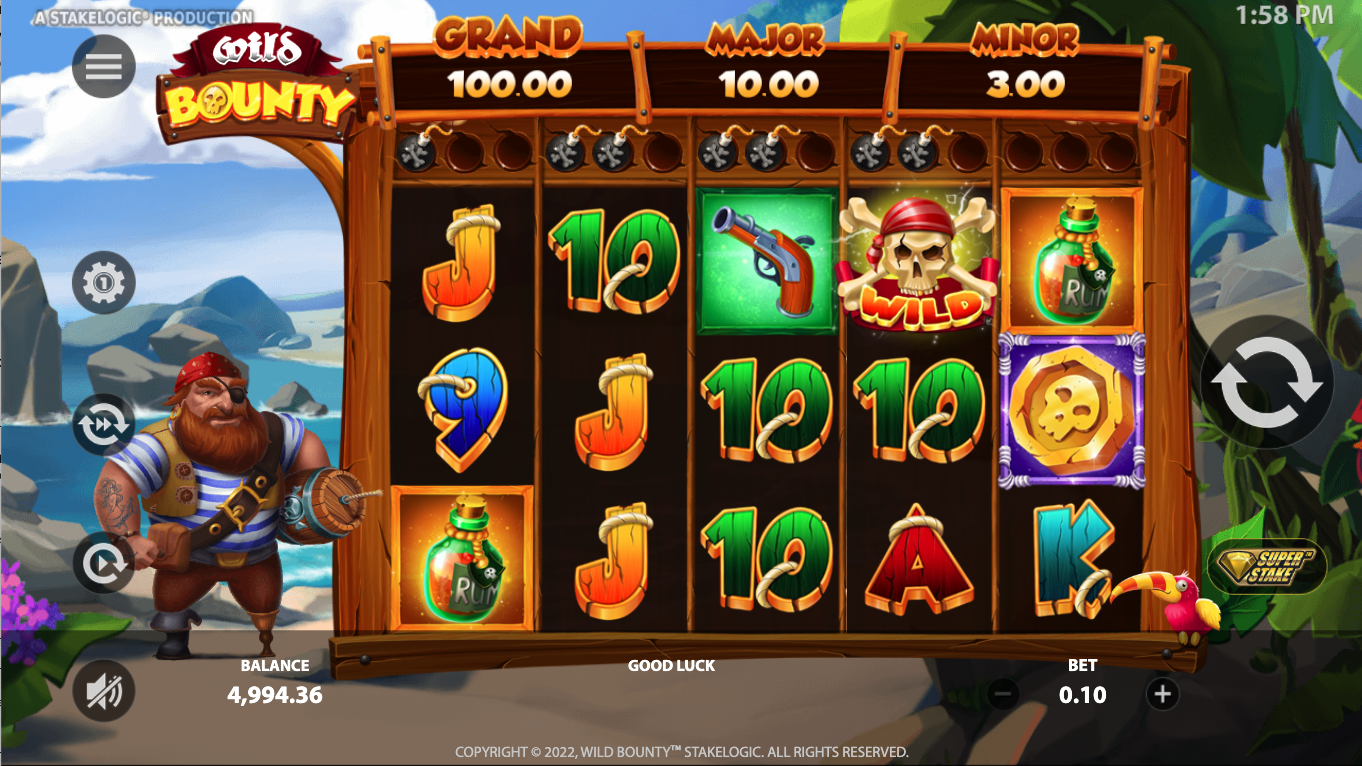 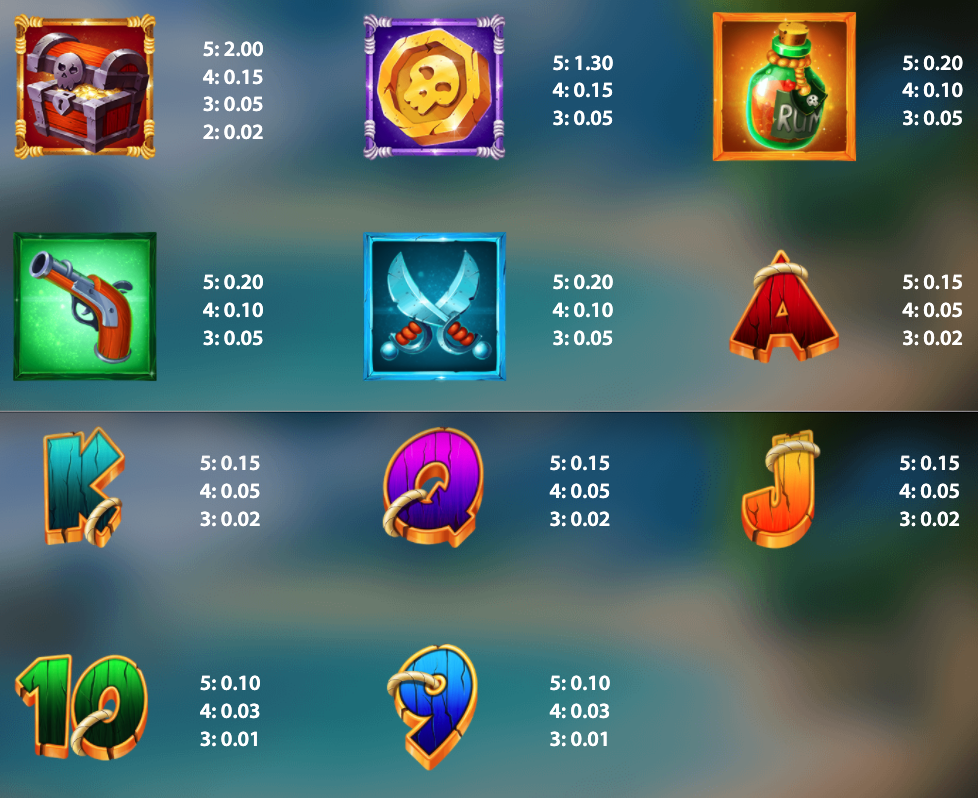 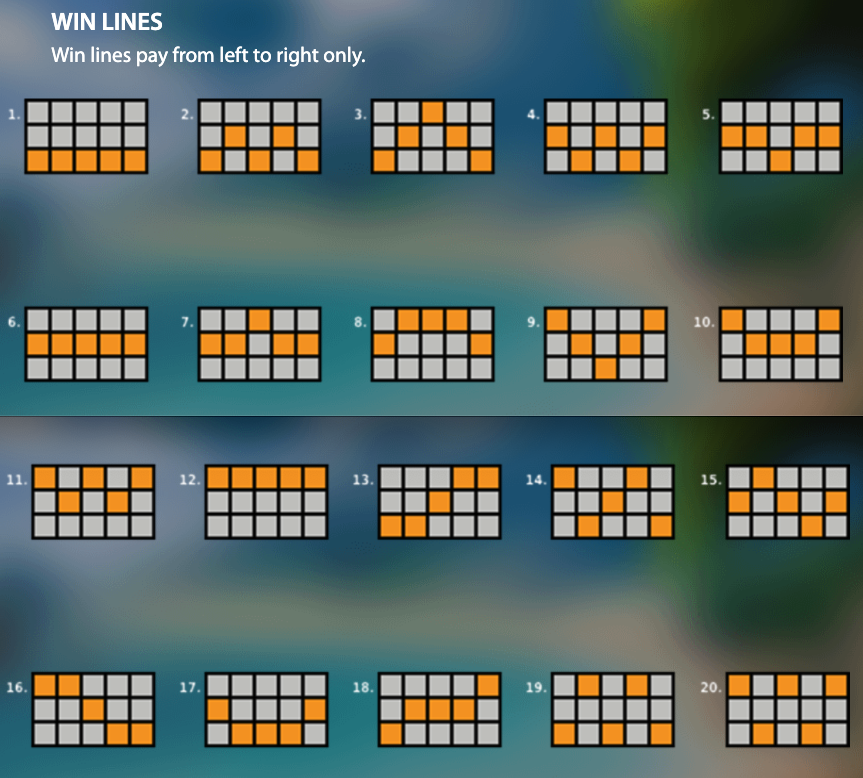 Pirates make a welcome return to the spinning reels now in this online slot from Stakelogic – it’s called Wild Bounty and from £0.20 per spin it offers players the chance to win wild reels, the Super Stake option and the Bonus Wheel which will reveal respins, free spins and wild features.

Wild Bounty is a five reel slot with three rows and an initial twenty paylines and those reels spin in a wooden frame guarded by a burly pirate holding a barrel of explosives under one arm. Play trees, rocks and blue skies place us somewhere in the Caribbean Ocean.

High value symbols include the treasure chest, the gold coin, the bottle of rum, the pistol and the crossed cutlasses; 9, 10, J, Q, K and A make up the lower values. The skull and crossbones is wild and the scatter symbols are the cannons and the ships wheel.

Have a look above the reels and you’ll notice three spaces above each one – these are filled up when a cannon scatter symbol lands on that reel and one cannon can fill up more than one position. When all three spaces are filled with cannonballs that reel will become completely wild for the next three spins. Filling another set during this bonus will produce another wild reel and reset the spins on the original reel to three again.

Landing three, four or five of the ship’s wheel scatter symbols anywhere in view will award a spin of the wheel to reveal one of the following:

If it’s free spins then these are played on a set of reels with six rows and fifty paylines. In the Links Bonus you’ll get three respins on a set of reels which only lands treasure and blanks – treasure locks in place and resets the number of respins to three again. All symbols contain a cash prize including the Minor or Major jackpots and these are totalled and awarded at the end of the round – filling all positions with treasure awards the Grand jackpot of 100x the stake.

This occurs at random and barrels will be flung at the reels with the following results:

Clicking the Super Stake button next to the reels will double the stake but also double the number of scatter symbols on the reels.