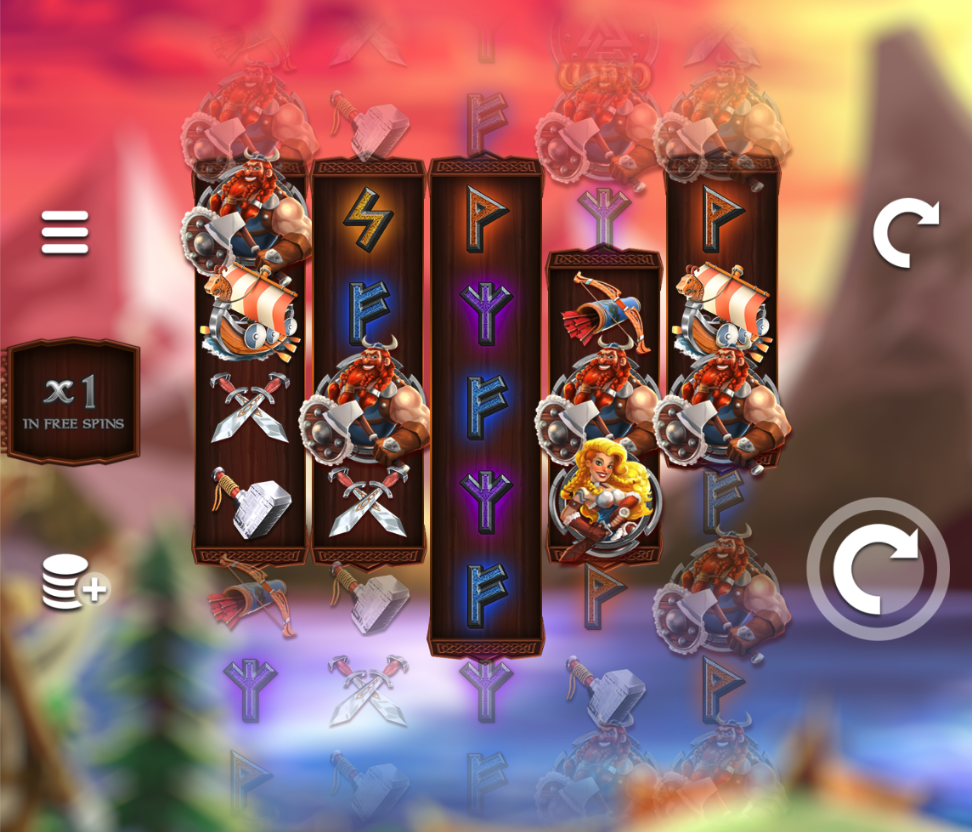 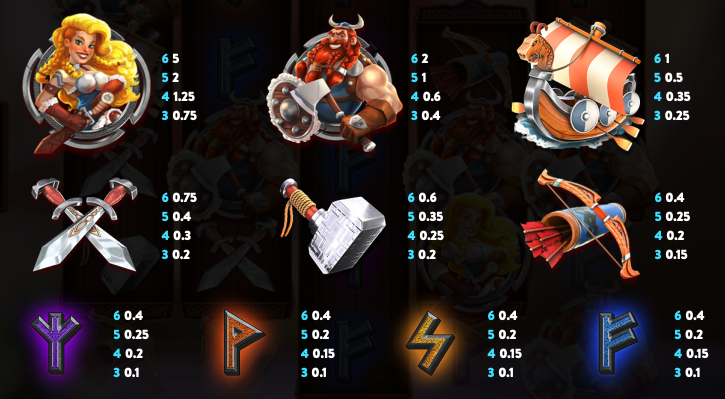 The Vikings may or may not have been the terrifying invaders of myth and legend but they’ve definitely inspired more than a few online slot machines including this one from Leander Games; it’s called Viking Raid Zone and its features include the ‘Dynamic Ways’ payline mechanic, respins and free spins.

Viking Raid Zone is a five reel slot with the Dynamic Ways feature which works like this: there are five positions on each reel but on any spin between three and five of those positions are active – this means a range of paylines between 243 and 3125 are in play at any one time.

The high value symbols include the two Vikings, the Viking ship, the swords, the hammer and the bow and arrow; four runes represent the lower values. The shield is wild and the treasure chest is the scatter symbol.

This is triggered when at least one wild symbol lands in an active zone but there’s no win – those wilds will now lock in place while the reels spin again until a win is created. Any new wilds landing will also lock in place.

Landing two scatter symbols inside the Dynamic Zones of reels one and three will activate this feature and all it does it increase the starting win multiplier when you finally get to play the ‘The Raid’ free spins round.

Trigger this feature by landing three treasure chest scatter symbols inside the Dynamic Zones on reels one, three and five; you’ll now receive eight free spins with a win multiplier determined by a spin of the wheel plus Odin’s Gift Multiplier.

An extra reel and rows are added during this round so the Dynamic Ways vary between five and seven positions high giving a payline range of between 15,625 and 117,649. Any losing spin with no wild in view will increase the win multiplier by 1x and landing three more treasure chests will award an extra eight free spins.

We always enjoy a Viking-themed slot and Viking Raid Zone just stays on the right side of overcomplicating things – it’s an all-action affair with plenty of bonus opportunities in the base game and beyond. You won’t regret joining the Nordic invaders on this exciting journey.

Viking Raid Zone is a Viking-themed video slot from Leander Games with five reels and the Dynamic Ways payline mechanic.

The Return To Player percentage for Viking Raid Zone is 95.82%.

How To Win On Viking Raid Zone?

Where can I play Viking Raid Zone?