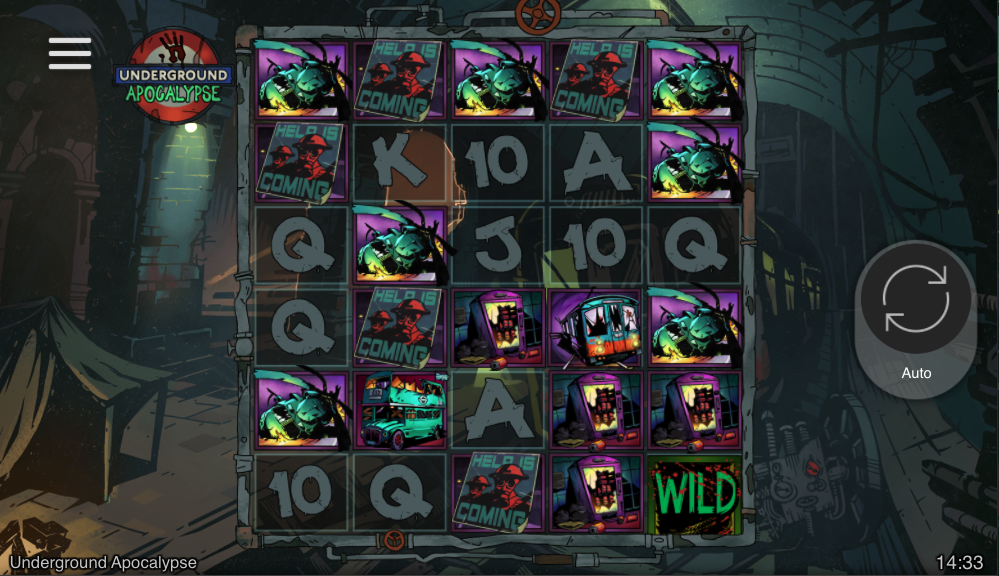 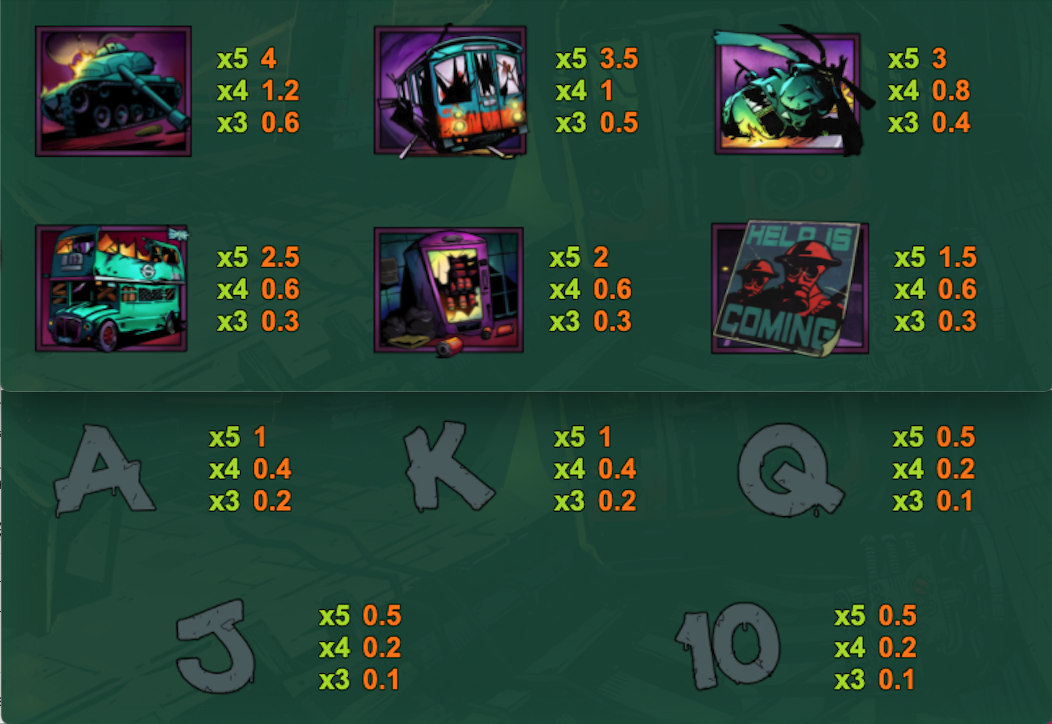 Something pretty terrible has happened in London and now the survivors of a zombie invasion seem to be huddled in the ruins of the London Underground for protection; this is Underground Apocalypse, one of Bet365’s Originals online slot machines. Battle your way through the Infected and Survivor free spins to grab some big wins.

Underground Apocalypse is a five reel slot with six rows and fifty fixed paylines; behind those reels giant rats run across the ruins of some unnamed tube station, lit by flickering bulbs.

The theme-related symbol include the tank, the wrecked train, the crashed helicopter, the burning bus, the smashed vending machine and the ‘Help Is Coming’ poster; 10, J, Q, K and A are the lower values. There’s a regular zombie wild, a stacked zombie wild, vial scatter symbol and the survivor who only appears on reel five.

Ten free spins will be yours if you can land three scattered vials on reels one, three and five; each time a stacked zombie lands fully in view the lowest value themed symbol will upgrade to the next one – for example the posters will all become vending machines. This happens again each time the stacked zombie appears.

On every spin some more bullets may appear on the reels and the survivor will move to that new position to grab them. If the survivor has bullets he can shoot the zombies and turn them into sticky wilds. The original zombies will all move closer to the survivor on each and new ones may appear – the round ends when the zombies catch the survivor or ten spins have played out; if it’s the latter then a multiplier equal to the number of zombies killed is applied to the total win.