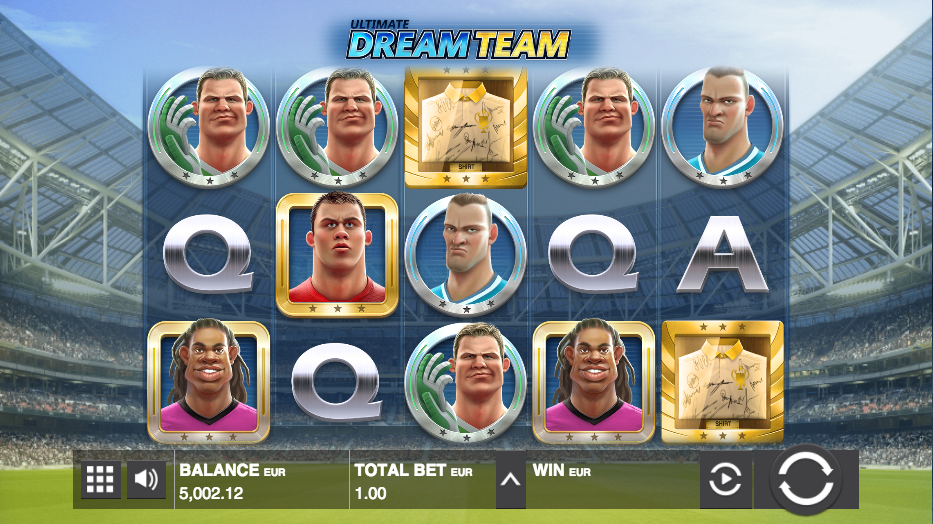 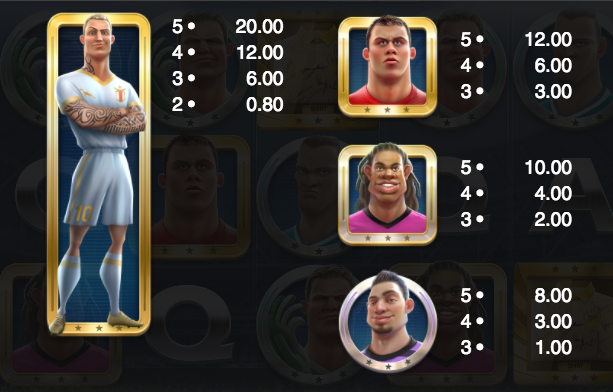 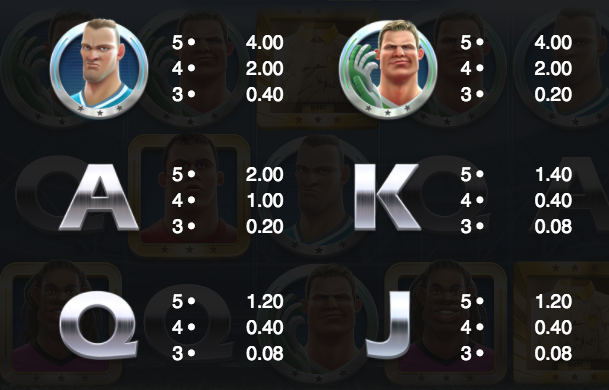 Even in a year when there are no international footie competitions it’s good to see an online slot machine released with the beautiful game as it’s theme; this one’s called Ultimate Dream Team, it’s developed by Push Gaming and it comes with several separate bonus features.

Ultimate Dream team is a five reel slot with three rows and twenty five fixed paylines; a selection of rather shiny footballers peer out from the transparent reels through which we can see a vast stadium filled with footie fans.

There are six high value symbols and these are all footballers; there’s plenty of smug looks and tattoos on show and it’s our tattooed friend who is the most valuable and able to appear stacked on the reels.

The wild symbol is a football which will replace all others in the base game to form winning combos except for the signed shirt and the manager bonus icons.

This is triggered by landing three of the signed football shirts anywhere on reels one, three and five; you will now receive five free spins on a set of reels to which are added 2x and 3x multiplier wilds. These wilds will apply their multiplier to any wins and more than one in a winning combo will mean the multiplier values are totalled.

It’s also possible to trigger more spins by landing three more shirts during this round.

Trigger this by landing three of the manager bonus symbols anywhere on reels two, three and four; you will now be confronted with a football pitch containing 12 values/positions and six shirts on either side.

Now pick the shirts to fill up the positions and win cash prizes, a ‘Boost’ to increase all the prize values or the ‘Star Man’ to multiply that position by 3x. Once you’ve found two yellow cards the round is over. If you can fill all positions you’ll receive a bonus of 10x your total bet.

Ultimate Dream Team is a very smooth-looking slot with some top notch graphics and features which, in our experience, trigger relatively regularly. It comes with an RTP of 96.76 and is well worth checking out.