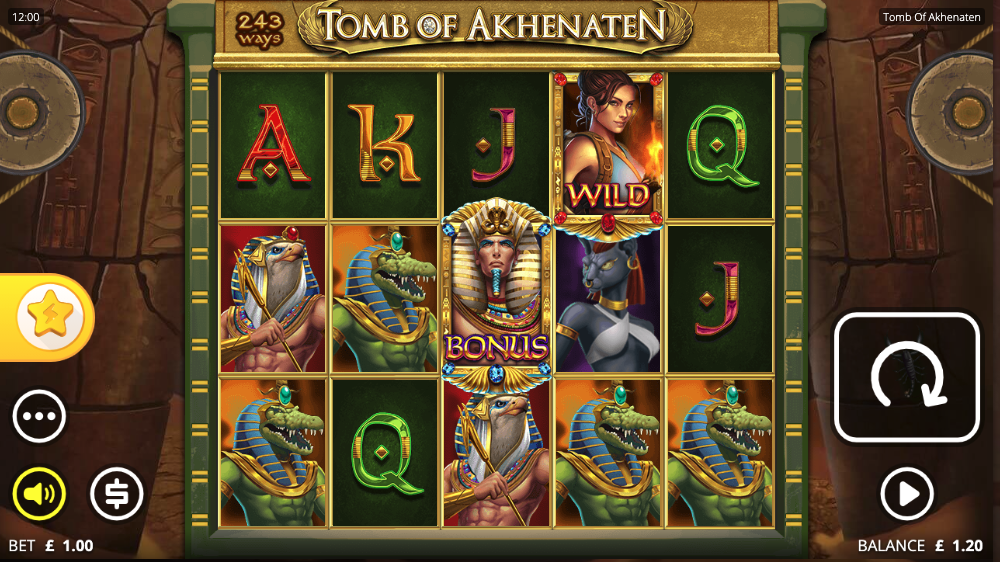 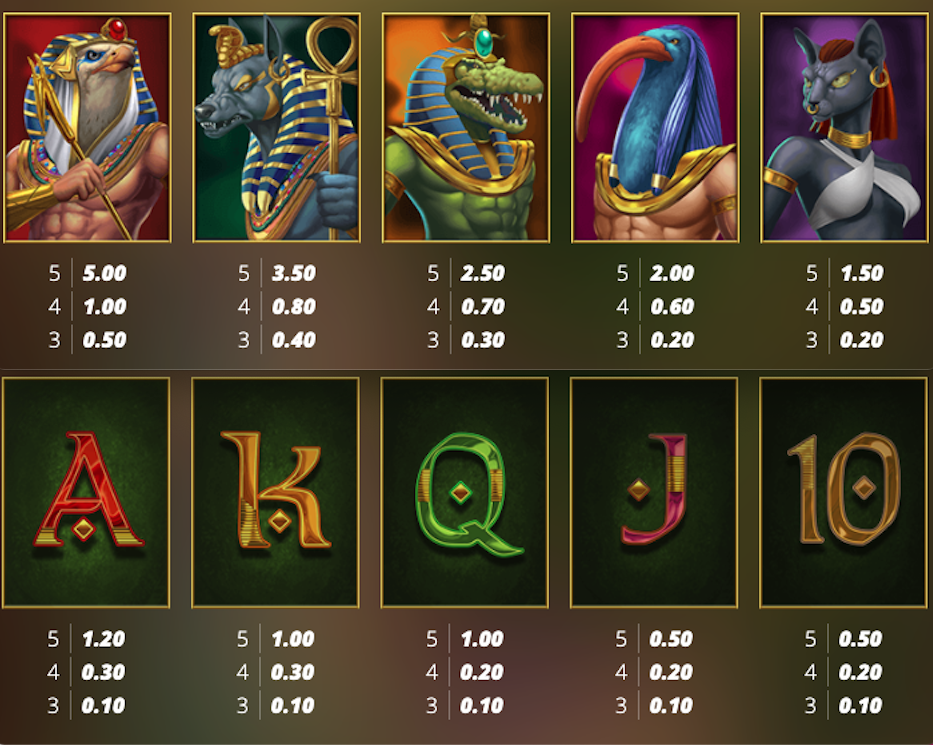 If you’ve previously enjoyed an Egyptian-themed game called Tomb of Nefertiti from Nolimit City then prepare for a similar trip into the land of sand and deities in Tomb of Akhenaten; from £0.10 per spin it offers players wild features and themed free spins with a potential 3125 ways to win.

Tomb of Akhenaten is a five reel slot with 243 paylines in the base game; scorpions crawl over the etched columns behind those reels which spin with the help of a pulley system.

The five higher value symbols are all representation of various Egyptian gods such as Bastet, Anubis and Sebek; 10, J, Q, K and A are the lower values; the Lara Croft character is wild and Akhenaten is the bonus symbol.

This is the central feature of the game because every win will add an extra row above those already there; the Sticky Respins will trigger and award up to three respins to reach the next level. The first two levels add extra rows and the final level respins all non-winning positions with the others held in place.

The final level also offers the chance to land Pyramid Wilds and you’ll see a little animation above each reel – if the red marker stops above the pyramid it will place a Pyramid Wild on that reel.

Tomb of Akhenaten is a really engaging slot from one of favourite developers; the gameplay really revolves around the Sticky Win Spins but the biggest wins are reserved for the free spins round.