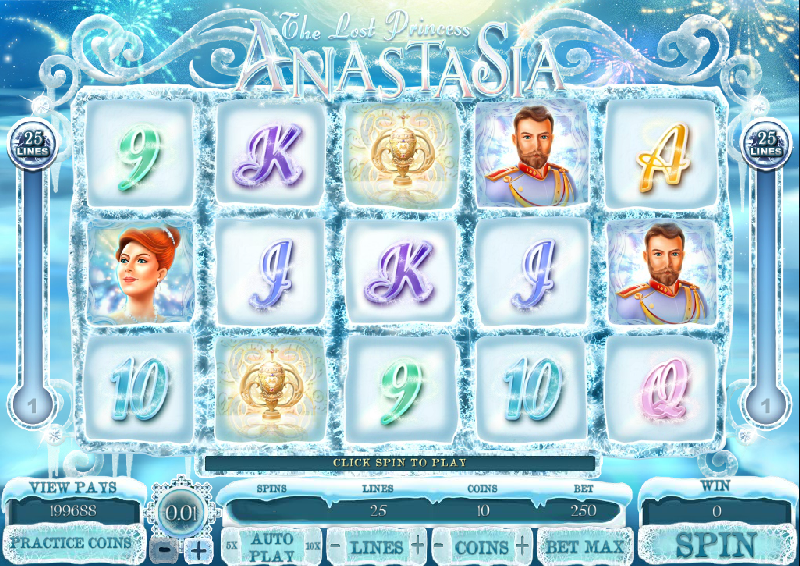 Microgaming has released it’s latest online slot and it tells the story of Princess Anastasia of the Russian royal family.  The tale of Grand Duchess Anastasia and the rest of the Russian Imperial family is an absorbing but ultimately tragic one.  The entire family was entirely wiped out by the Cheka – the Bolshevik secret police – in 1918 and although rumours of the possible survival of Anastasia endured for decades, DNA testing of various remains eventually disproved that legend.

This slot does not feature their ultimate demise but instead focuses on three of the characters involved in the life of the family – Anastasia herself, her father Tsar Nicholas II and the famous Grigori Rasputin.

This game features five reels and twenty five paylines and those three characters, along with a crown, are the main symbols on the reels.  9, 10, J, Q, K and A the minor symbols.  The reels spin in icy squares in front of a wintry background, complete with exploding fireworks and a full moon.

Special symbols are a big ‘Anastasia’ wild and a bejewelled crown scatter. 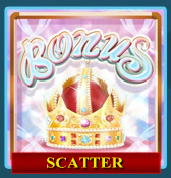 Lost Princess Anastasia offers just the bonus game and it’s an ever-reliable free spins feature; you can trigger it landing three, four or five of the bejewelled crown scatter symbols anywhere on the reels.

You will now receive five free spins which may not sound like much but after each spin a number of symbols on the reels will become wild.  The value of the reels will then be reevaluated and your (hopefully huge) prize will be awarded.  This of course happens on each spin and in our experience it’s a valuable feature.

The extra good news is that more free spins can be triggered from within this bonus feature.

There’s a dreamlike quality to this slot, set as it is in an icy winter wonderland and the twinkly soundtrack adds to that sense of unreality.  Playing Anastasia is a relaxing experience which should appeal to most slots fans.