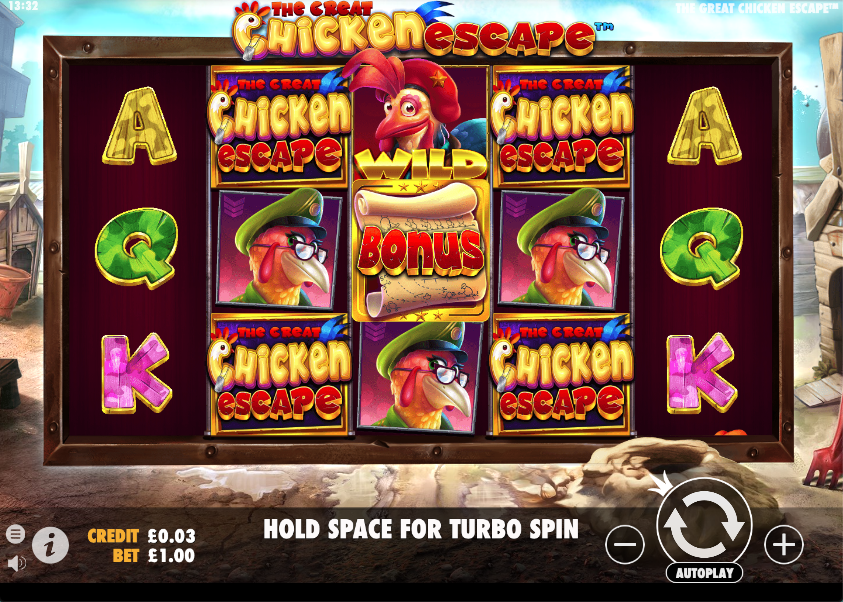 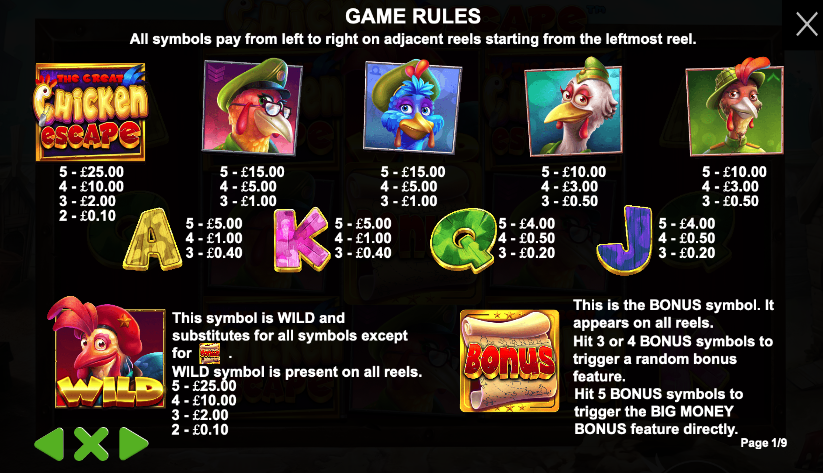 Anyone who remembers Nick Park’s animated comedy Chicken Run will certainly see some similarities in this online slot from Pragmatic Play – it’s called The Great Chicken Escape and it tells the tale of poulrty trying to escape from the farm before the inevitable happens – read all about it here.

The Great Chicken Escape is a five reel slot with three rows and twenty fixed paylines and it’s the muddy farmyard from which our heroes are trying to escape which forms the backdrop to the gameplay.

The game’s logo and four chicken characters from this story represent the high value symbols while J, Q, K and A make up the lower values.

Charlie, the chicken with the red hat is wild and he’ll replace all standard symbols to help form winning combos; the escape plan is the bonus symbol.

The following mini-features can occur at any time in the base game:

This is triggered by landing three or four of the bonus symbols anywhere in view for a randomly selected feature or five for the Big Money bonus:

Before the feature starts it’s possible to gamble for a better one (the list above is  theoretically more valuable from bottom to top) but you could end up with a worse one also.

Pragmatic Play may or may not have got their inspiration from Chicken Run but that doesn’t really matter because it’s all good fun and designed to a high and amusing standard; there are loads of bonus features to aim for and some big wins available for the luckier players.