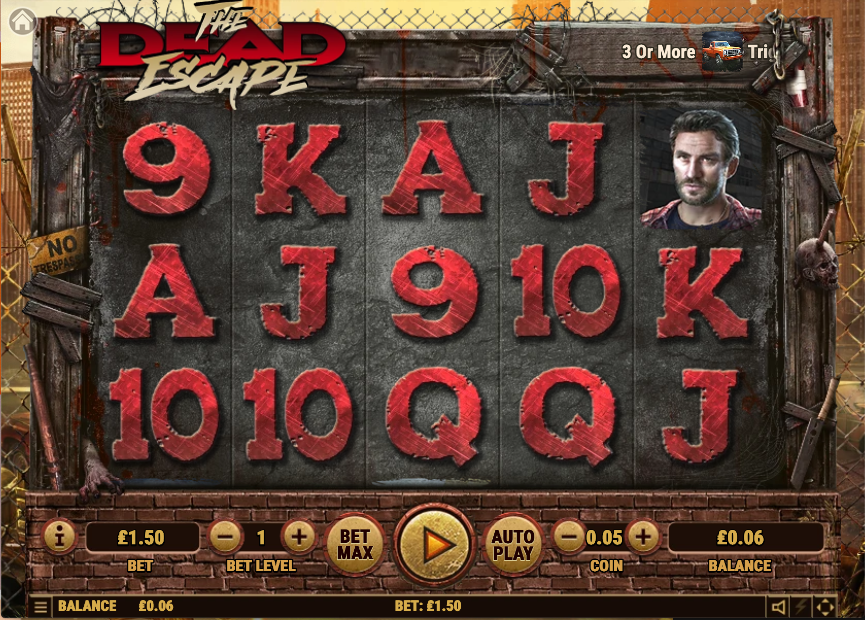 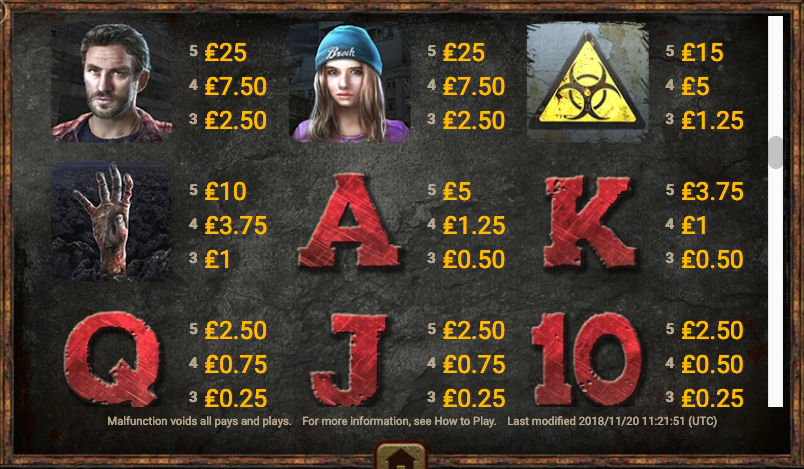 The undead are such an integral part of our entertainment culture now that it would be no surprise if the zombie apocolypse actually happened one day; with that in mind why not prepare yourself by trying out this online slot from Habanero Systems called The Undead Escape – find out how it all works below.

The Dead Escape is a five reel slot with three rows and thirty fixed paylines although it’s possible to form winning combos anywhere on the reels as long as there are at least three matching symbols on a payline. The reels spin on a wooden barricade which presumably keeps the zombies securely on one side.

The high value symbols are the male and female leads, a quarantine sign and an undead hand rising from the soil; 9, 10, J, Q, K and A make up the lower values.

The zombie is of course wild, he appears on reels one, three and five in the base game and he’ll replace all other standard symbols; the orange truck is the scatter symbol.

These are quite fun and occur in the base game or free spins whenever one of the characters appears next to wild symbol; a coin will now spin to decide if you’ve escaped or lost the duel with the following rewards:

This is triggered by landing at least three of the orange truck scatter symbols anywhere in view and you reward will be an intial fifteen free spins but there’s one more awarded for each fuel drum which lands during this round,

We always enjoy a zombie-themed slot and The Dead Escape is a very playable game with some tasty graphics and a narrative which combines story elements into the gameplay – highly recommended!