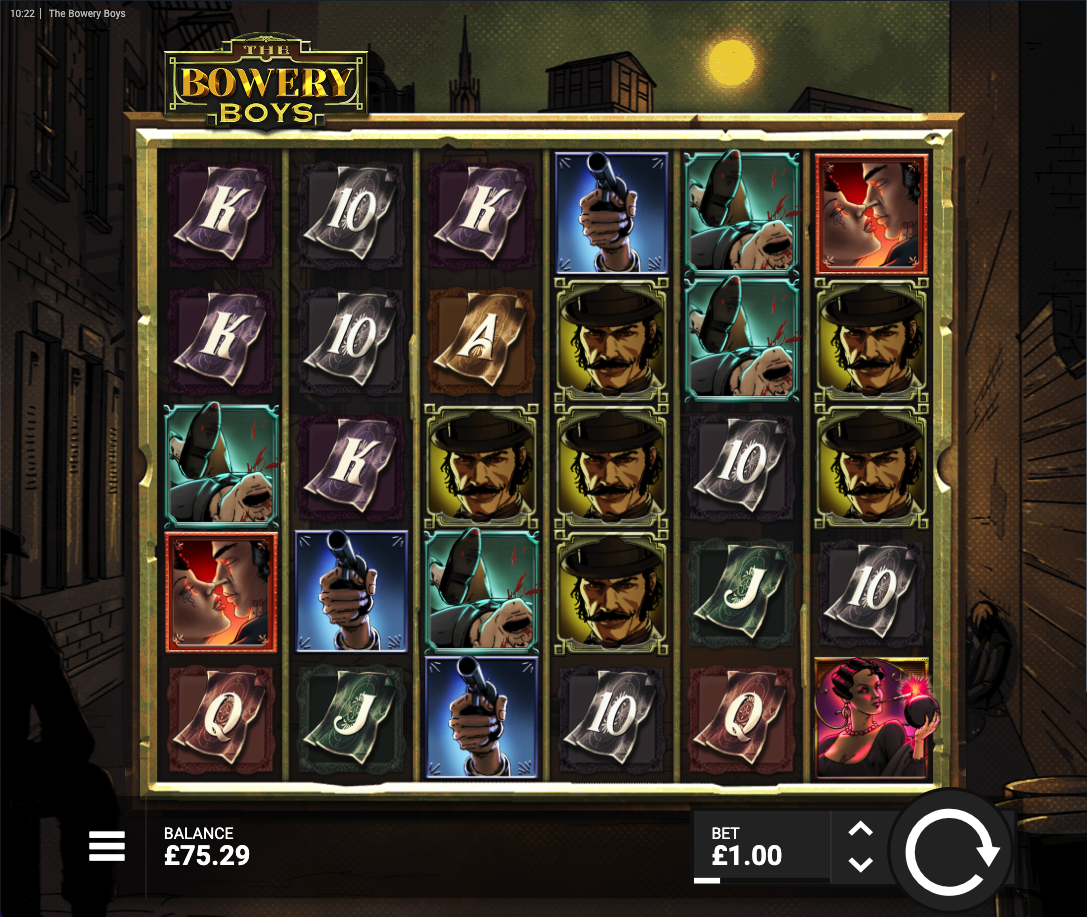 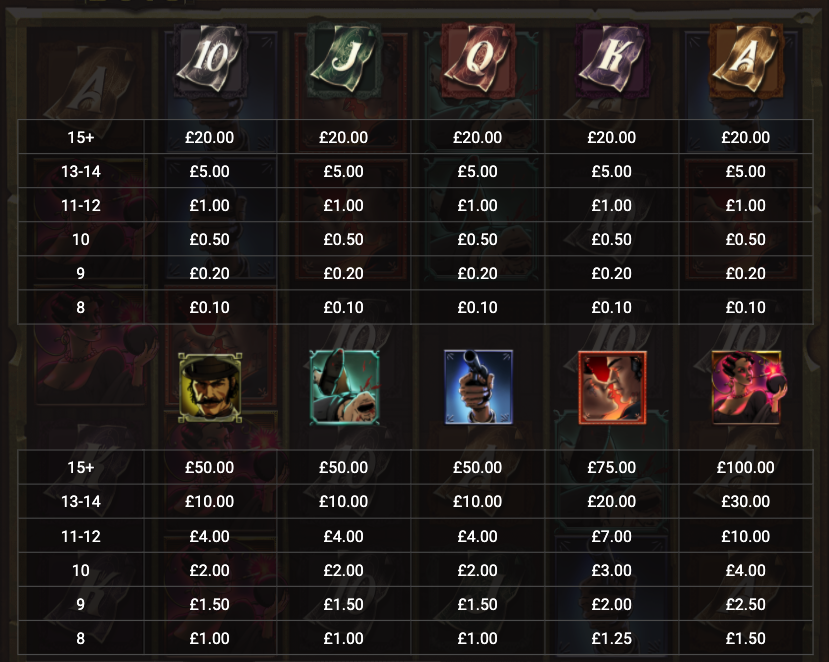 The setting is Hell’s Kitchen in New York and the time is the late 19th century when Irish gangsters controlled the various criminal activities in this impoverished neighbourhood; The Bowery Boys are the theme of this online slot from Hacksaw Gaming which comes with instant cash prizes, win multipliers and three different free spin modes.

The Bowery Boys plays out on the 6 x 5 grid shown above and its unusual gameplay means that wins are created by landing at least eight matching symbols anywhere in view – those symbols will then disappear and be replaced by more falling in from above, potentially continuing the process.

A gloomy backstreet in Hell’s Kitchen sets the scene for the action with a yellow full moon in the distance barely illuminating the illicit activity going on below.

High value symbols include the chap with the moustache, the kick, the pistol, the canoodling couple and the girl; 10, J, Q, K and A represent the lower values. The alcohol barrel is wild and the special symbols are the Bonus, the key, the strongbox and the multiplier.

There are three strongboxes which can land on the reels – Small (2x-5x), Medium (10x-25x) and Large (50x-250x); when one or more land on the same spin as a key then that multiplier will be applied to any wins on that spin.

These bombs can land on any base game spin and they’ll contain multipliers of between 2x and 100x.

Landing one, two or three of the Bonus symbols anywhere in view will award one of the following free spin options:

In all three modes any bonus symbols landing will award an extra spin.